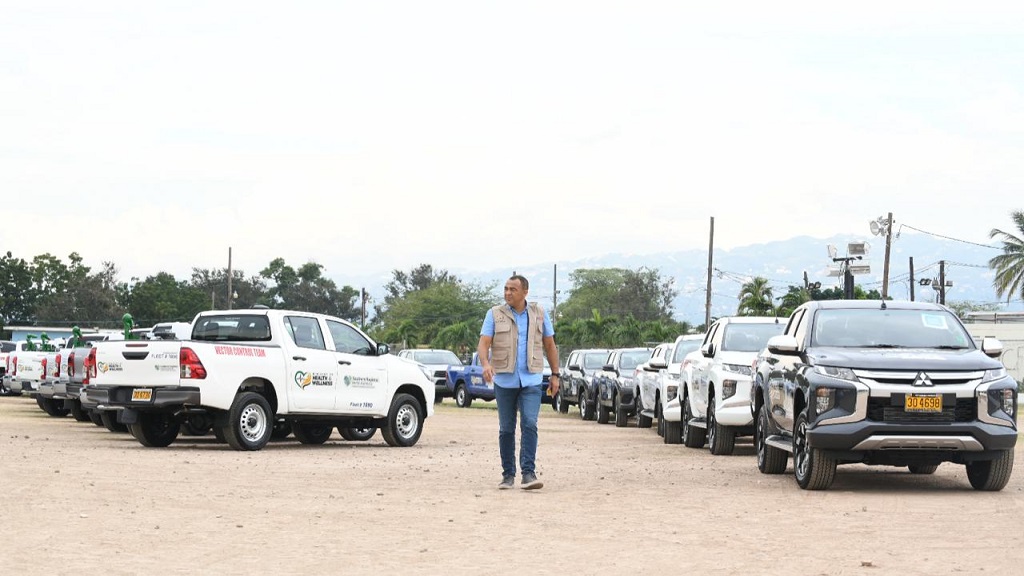 Minister of Health and Wellness, Dr Christopher Tufton, takes a look at some of the vehicles being used in the fight against dengue, at a handover cerermony held at the Ranny Williams Entertainment Centre in St Andrew on Monday. (Photos: Marlon Reid)

The Government has spent approximately $400 million to acquire 60 vehicles to be used to help in the fight against the dengue virus.

On Monday, at the Ranny Williams Entertainment Centre in St Andrew, 50 of the vehicles were handed over to the island’s four regional health authorities, to enhance the ability to do fogging across the island.

The remaining 10 vehicles are expected to be equipped and ready shortly.

According to Minister of Health and Wellness, Dr Christopher Tufton, the acquisition of the vehicles is the second aspect of a four-pronged approach that the ministry will be using to fight vector-borne diseases. 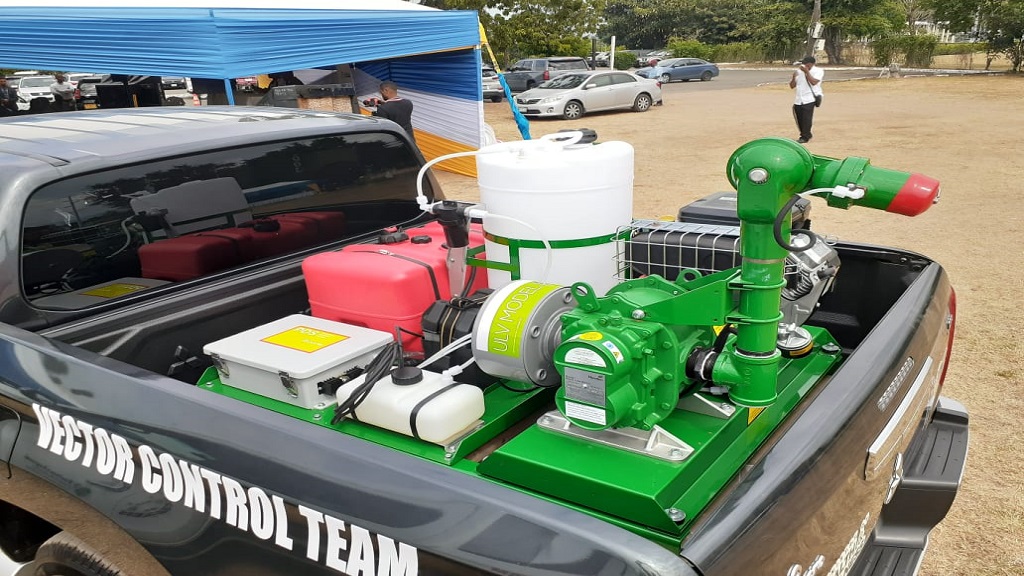 Speaking at the handing-over session, Tufton said the first was the training of workers, the second is to equip the workers, the third is the use of technology, and the fourth is public education.

He said Jamaica will have to take a new approach in dealing with the problem of dengue, and change the outdated methods that have been used in the past, which have become antiquated because of climatic changes and other factors that are taking place across the world.

“Today represents another tangible manifestation of the renewal of public health in Jamaica. This Government is on a mission to renew, rebuild and to make more effective, our public health infrastructure, and I make no apologies for it,” said Tufton.

“It cannot be business as usual in terms of the approach, so the limping infrastructure, the broken down vans that are in the garage, the hand foggers that are gashing and catching fire because they are really not suited for the tropics, the vector worker driving in the back of a pickup truck, at risk to themselves and to others, those days are done. 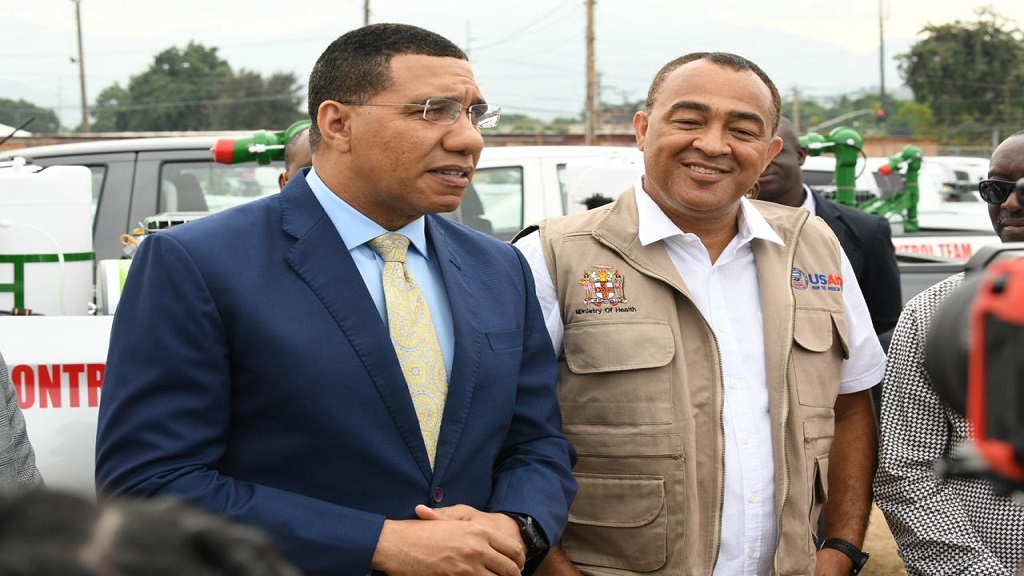 “We have to move the process forward, we have to provide leadership, and we have to do it in the interest of the Jamaican people,” Tufton added.

Meanwhile, Kingston Mayor, Delroy Williams, said it is the Government’s joined-up approach to leading that is bearing results. According to Williams, the Government has been able to bring different agencies from different ministries together, to fight the problems the country is being faced with. He said this was the method used to source the funds to be able to find the $400 million that was used to purchase the vehicles.