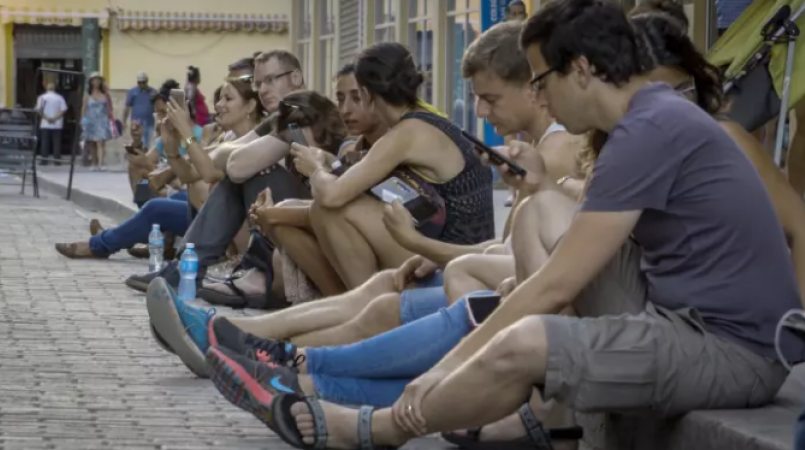 Google officially launched internet services in Cuba on Wednesday, making it the first foreign internet company to do so in the country that has isolated itself from the Western world for decades.

Google's servers form part of their global network of caching servers, called GGC nodes. They store popular or viral content on a local server. Instead of having to travel the long distance through a submarine cable, which currently connects Cuba to the internet through Venezuela, Cubans will now be able to access content through the nearest Google server in their country.

“I think this will be very noticeable for Cubans,” said Doug Madory, director of internet analysis at Dyn, a global internet monitoring company. “The internet in Cuba will still be a painfully slow process. This is just another somewhat rare step forward. For Google services, which will be hosted in country, it will be a milestone.”

While it was initially believed that internet access would be readily available after diplomatic ties between the United States and Cuba re-opened in 2015, the Caribbean island still has the lowest level of internet connectivity in the western hemisphere.

The majority of Cubans can only access internet via just under 300 public wi-fi spots spread across the country, which isn't free. One hour of internet access costs about $1.50, which given the fact that the average monthly wage is about $25, can be rather expensive.

The State Telecommunications company for Cuba, Etecsca, initiated a pilot programme which will facilitate internet connectivity in 2,000 homes across the country, however, after the trial run, the service will cost US$15 for 30 hours of internet at a speed of 128KB per second, a high price for such a slow speed.

Despite the recent deal with Cuba, Google is aware that it won't exactly increase access for every Cuban. "Cubans who already have access to the internet and want to use our services can expect to see an improvement in terms of quality of service and reduced latency for cached content," said Madory.

However, it seems that Google was rolling out the change slowly. When the service was tested remotely on Wednesday using a server in Cuba, although Madory could connect, he was also redirected to Google services outside the country. “I can see the server is there and I can interact with it, but Cubans are not yet getting automatically connected to it.”