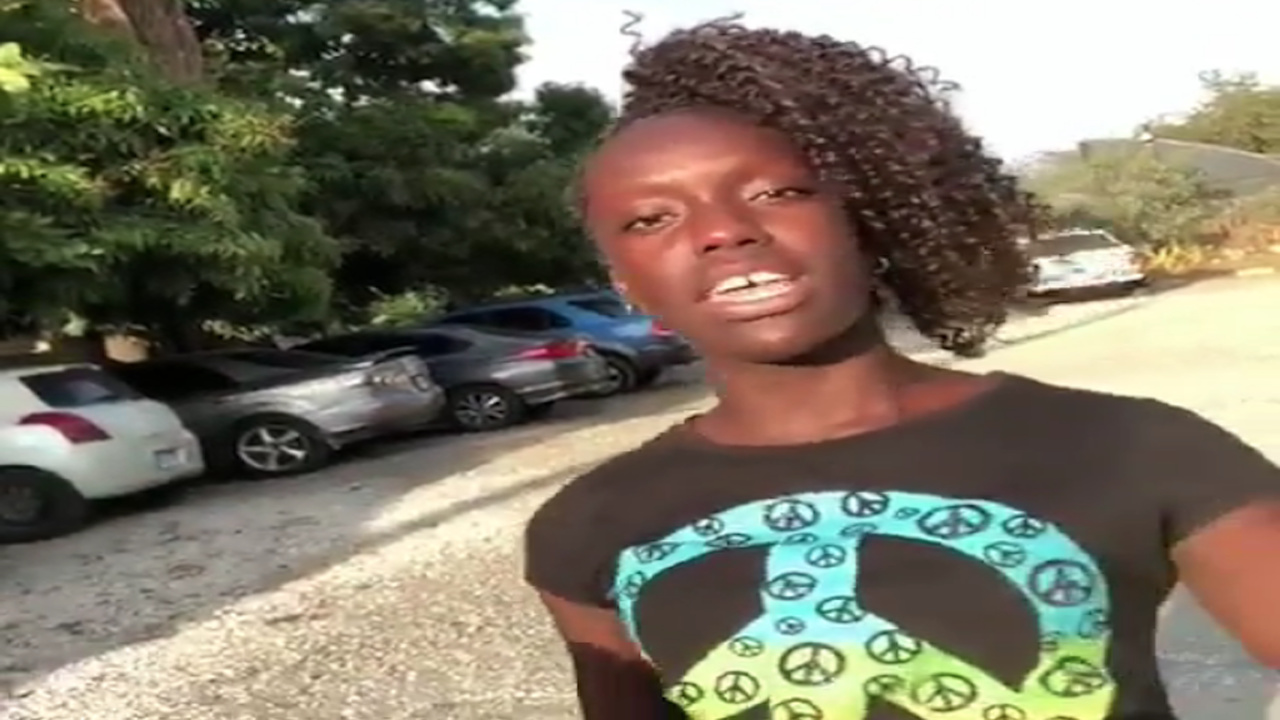 Ladashia 'Mackerel' Francis is much more than the 'man-tekking' persona that she projects in her videos that have gone viral via social media and generated heated chatter about fidelity in relationships in forums online.

The 18 year-old former Stony Hill Heart Academy student is by her own words not a garden-variety "cockroach", she wants to be a comedian and hopefully a bonafide actress in the future. And given the fascination that Jamaicans have with her no-holds-barred commentaries on the nature of sexual relationships in Jamaica, she may just have a career ahead of her.

One week ago, she uploaded a video where she boasted that "mi like go inna people life and tek over...mi tek a gal man, mi nah no fear", and two videos later -- including one with an infamous 'cockroach' comparison --  and she is a bonafide viral sensation, racking up almost 30,000 followers on Instagram.

Then Mackerel added further fuel to the fire with some deliciously incendiary comments that doubled down on her core belief of "tekking people man".

"I was reading some of the comments and me, I take criticisms as upliftment, so I did the video that said, "yu coulda wash, cook and clean, and  if the man decide him want to go, yu caan do nothing about it, 'cause a man will lef him good good woman for a cockroach like me" and the people go crazy for it. Right now, people see me on the street, and shout 'cockroach!' but mi just laugh and go through," she said, laughing.

Mackerel firmly believes in the old adage: 'speak truth and shame the devil'. No topic is taboo for her. She believes that she is merely doing social commentary that reflect the true reality of modern-day polyamorous relationships. Men cheat, she declares with a matter-of-fact insouciance that is hard to counteract or deny. Deal with it!

"It is a reality that happens in everyday life, everyone is cheating, no man has one woman. Inna real life now, mi no like necessarily go inna people life fi mash dem up, but if me see a man, and mi like him, mi ah go tek him. People man comfortable!" she said.

'Mackerel' is now living in Spanish Town, St Catherine but hails from Shooters Hill in the Harbour View area. She is hoping to finesse her new-found popularity into a career in the theatre.

"I see myself as a comedian and a social commentator. I have a little voice and mi can sing, and maybe I will record a song in the future, but too many artistes de outta road. I want to pursue a career as a comedian, I love to make people laugh," she said.

She hopes to one day meet her idols, theatre playwright Patrick Brown, and roots actor, Shebada. Remarkably, she has never entered any drama competitions at the Jamaica Cultural Development Commission level.

"My mother, Princess Black, entered the JCDC Festival song contest and placed third in 2015," she said.

'Mackerel' is the younger of two children for her mother, and the eldest child for her father. A diminutive five-footer, Mackerel has an unflappable confidence, and she projects the threat she can derail anything.

"I am not afraid of anything, I am shy sometimes, but in due time, I will get over that," she said.

Still, she is not pinning all her hopes to a career in entertainment. Last year, she completed a course in customer service supervision at the Stony Hill Heart Academy.  She is yet to land a job, but at 18, her prospects appear to be quite favourable as she is being bombarded with many opportunities because of her new-found fame.

"I am going to look through all the opportunities and choose the best one for me," she said.

Mackerel also addressed the circumstances surrounding another video circulating on social media where she is seen with a bloody forehead as a result of some altercation.

"I was actually parting a fight between a girl and a man, ah no me fi literally get the lick, mi never want the man fi lick her, and mi a part it, a girl fling the stone and buss mi head. Mi never did a fight over no man, mi did a part a fight. Mi nah fight over no man, dem days de done. Weh that ah go? That nah wear again, nobody nah come laugh after me ah fight over man," she said, laughing.