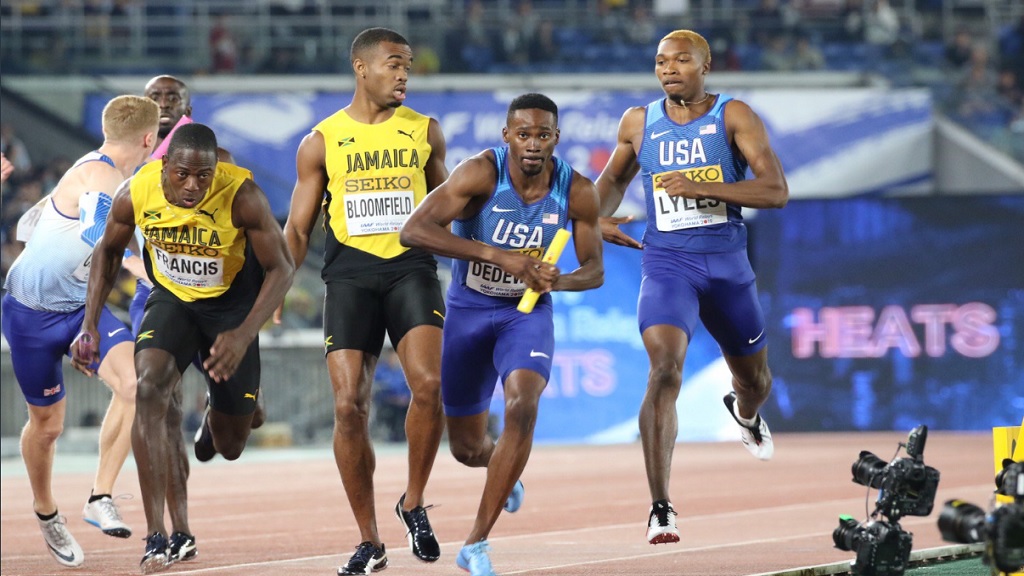 Jamaica is enjoying a good opening day at the IAAF World Relays Yokohama 2019.

The Jamaicans have already qualified for the finals of the mixed shuttle hurdles and the men and women's 4x400m relays.

In the mixed shuttle hurdles, the team of Amoi Brown, Andrew Riley, Megan Tapper, and Ronald Levy won the first of two heats in 55.47 to advance to the final, which is scheduled for 7:55 am Jamaica time, with the second fastest qualifying time.

The mixed shuttle hurdles relay is one of two new disciplines making their debut at the IAAF World Relays.

As the name suggests, it features two men and two women on each team, running 110m legs. The race began with the women running their standard 100m hurdles race from the finish line towards the traditional start, but running an extra 10m at the end of their leg to account for the extra distance.

Jamaica's women's 4x400m relay team finished third behind Ukraine and Canada to book their spot in that final.

The quartet of Christine Day, Shiann Salmon, Tiffany James, and Chrisann Morgan posted 3:28.80 for their third-place effort to qualify on time. UKraine clocked 3:27.71 for the victory, while Canada posted 3:28.75.

In the men's 4x400m relay, Jamaica finished second behind the United States in heat 1 to qualify for the final.

The United States with Nathan Strother, Josephus Lyles, Paul Dedewo and Je'Von Hutchison won the heat in 3:02.06, the fastest qualifying time going into the final.

Trinidad and Tobago, which won heat 3 in 3:02.49, has the second fastest qualifying time.

The men and women's 4x400m finals are scheduled for the second and final day on Sunday.