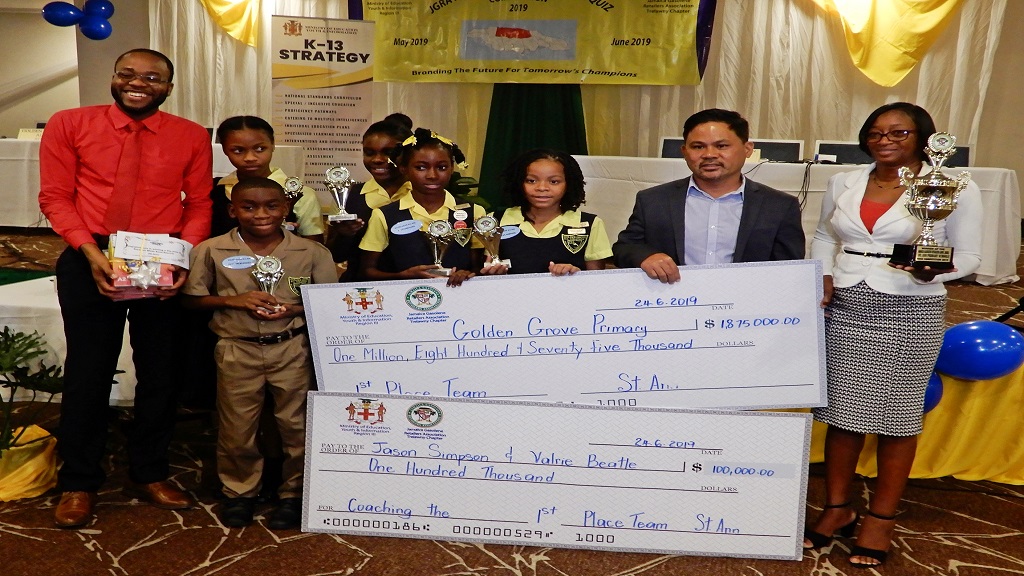 From left: Jason Simpson, Principal Golden Grove Primary, with members of his team, along with JGRA President Gregory Chung and coach Valerie Beadle.

Now in its second year, the competition attracted teams from Quality Education Circles (QEC) in Trelawny and St Ann. 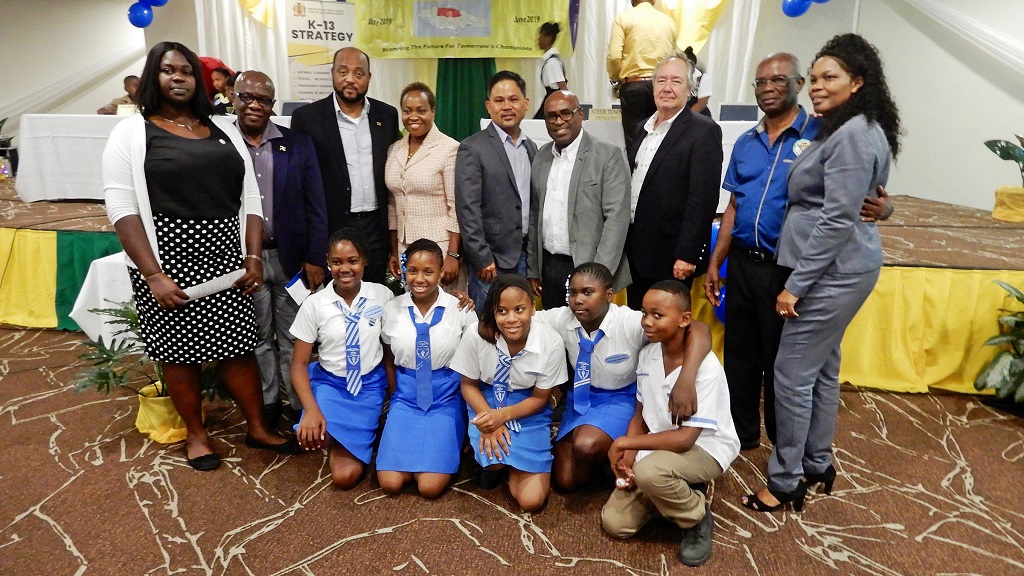 The winning teams from each parish received $75,000 per member, while the winning coaches walked away with $100,000. 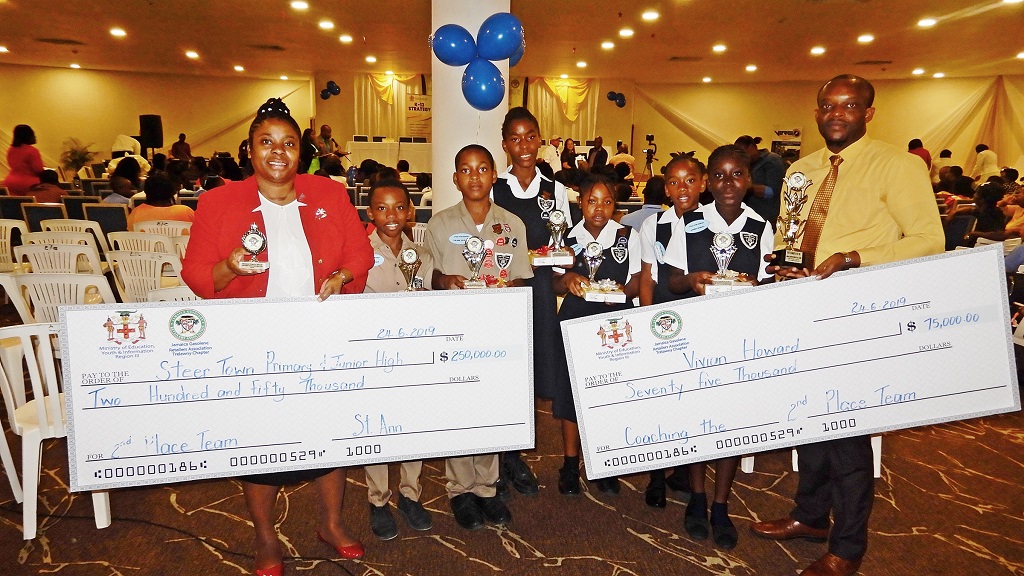 Michelle White-Guy, Principal of Steer Town Primary and Junior High (left) with coach Vivian Howard and members of her team.

“This competition is a part of our commitment to education in Jamaica. We have done the necessary groundwork to be able to support these students as they continue their education,” said. JGRA president Gregory Chung.

The regional winner will receive a $200,000 sponsored educational programme while second place secured a similar sponsorship valued at $100,000. All quarterfinalists were given tablet computer.

“This is the extent of our commitment to these students” Chung added.