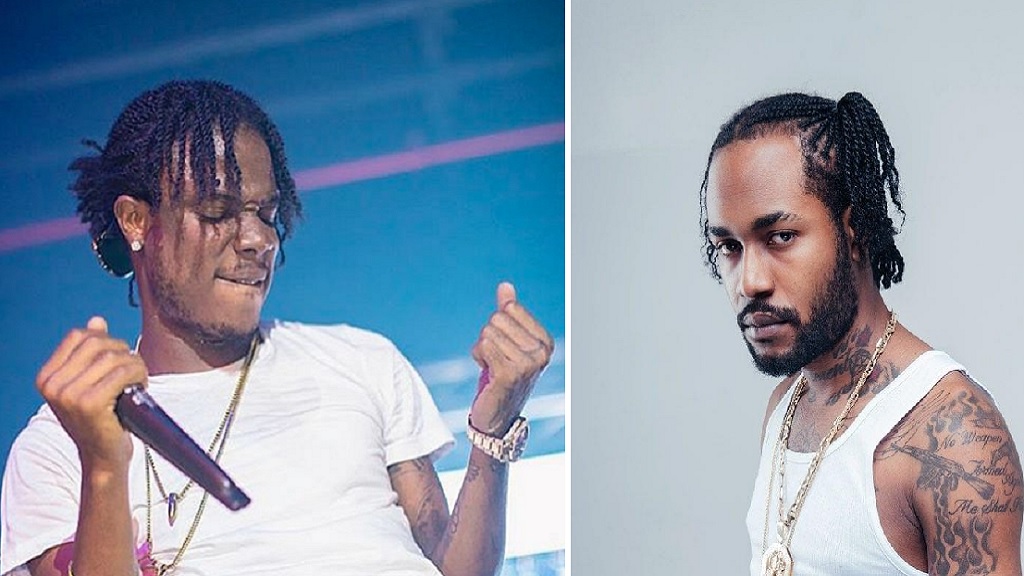 Masicka (left) and Jahvillani are among the artistes featured on the rhythm.

Top names as well as up and coming acts add some sparkle to the Gold Leaf rhythm, which was produced by Natural Bond Entertainment. The project, which has been making an impact on radio, was released on September 12.

According to the producer, Jerome Elvie, the inspiration for the project was to provide momentary relief from happenings on the world scene.

“To be honest the inspiration came from me just wanting to give people a sound that would help take their minds off the cares of the world for even a few minutes. Everyone has had to adjust since the pandemic but most importantly, people have been so caught up on life that they have forgotten how to live. When you hear the sound of this rhythm, I hope it gives you a 'feel good' vibe,” Elvie explained.

Featured on the hard-hitting project are Memories by Masicka, Who You by Teejay, Bad Rider by Jahvillani, Gyalology by I-Octane, Private Party by Deep Jahi, Family by Buffalo Souljah and Starface, Constancy by Deeclef, Get Gyal Easy by Knaxx, Kyaah Trust Dem by Lybran, and Can’t Let Go by New Kidz.

The project took close to two months to complete.

“It took about a month and a half to get this project together. It is not usual to find dancehall artistes being as professional as the ones on this project and I have to admit that it makes a producer’s job much easier. It is important to communicate which brings about understanding.  We all knew the direction that we were heading and having the same mission of giving the fans quality music.  With that said I have to take this opportunity to big up I-Octane and New Kidz for going above and beyond the call of duty,” said Elvie.

The producer said it was a deliberate move to feature up and coming acts on the project.

“It's easy to have a rhythm with notable acts but where does that leave the next Sean Paul or Shaggy? It's not that much of a risk to give real talent an opportunity but knowing how important it is to showcase these talents with established acts. On all my projects I'll try to expose one or two eligible artist to shine among the stars,” he explained.

Response to the project has been overwhelming.  Music videos for some of the songs have already been released. They include Deep Jahi’s Private Party and Get Gyal Easy by Knaxx.