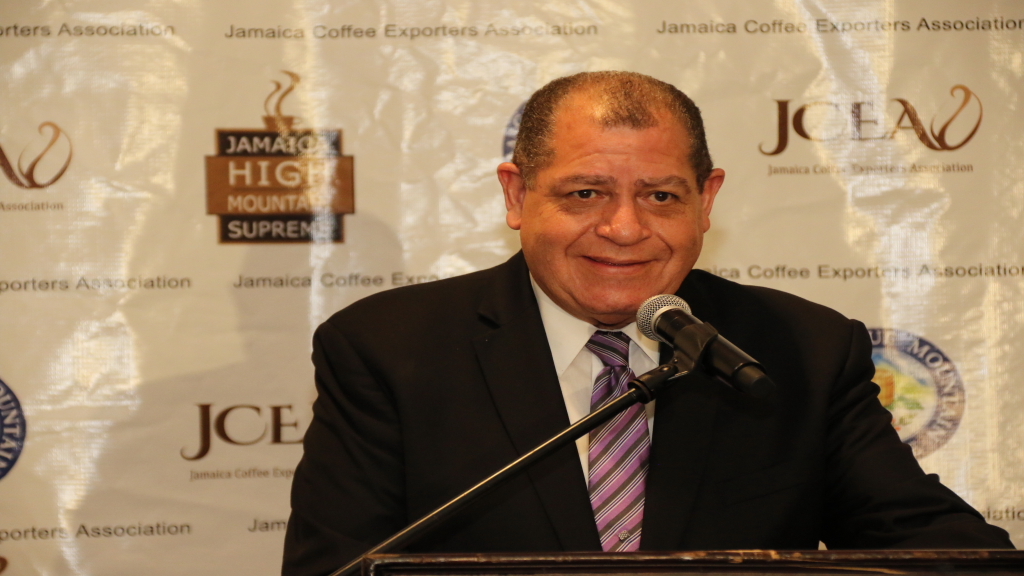 Ministry of Industry, Commerce, Agriculture and Fisheries Audley Shaw has announced that the government is in advanced negotiations for a US$100 million loan from China to fix badly destroyed roads in hilly coffee communities in the island.

“It doesn’t make any sense that while the market for coffee is increasing globally we are declining in Jamaica,” said Shaw,  stating that there is a huge demand for coffee in countries including China which have a growing middle class which were acquiring a taste for fine coffees such as Blue Mountain coffee.

The minister warned exporters against focusing on importing too much coffee to blend with local coffee, warning that this served to “adulterate” local coffee production.

Instead, Shaw said, they should focus on boosting production of locally grown coffee, noting that it required the “collective will of the growers” and that he would stand with them in assisting the market recovery.

JCEA president Norman Grant who also addressed the gathering said in his speech that the JCEA is moving to boost more consumption of coffee by tourists in Jamaica and has made marketing overtures to new destinations in Europe and North America.

It is also investing in reviving the Japanese market which still takes the bulk of Jamaica’s coffee exports, Grant said.

JCEA activities over the next 12 months will include Jamaica Blue Mountain Coffee Day on January 9, 2020, which will be the event’s second anniversary. Around the period, the JCEA is also re planning a coffee week starting on Sunday, January 3 to Friday, January 10.

In 2020 the JCEA will also host the All Japan Roasters Association from February 17 to 20, with a tour of Jamaica Coffee Country. Forty-five delegates will be in attendance. The event is slated to be repeated in 2021.

The Exporters Association will also be participating in Trade shows in the US in April, Europe in June; October in Japan and China in November 2020, taking Jamaica Blue Mountain to the world, Grant outlined.

He also indicated a number of local promotions in Jamaica focusing on quality, support to farmers and expansion in production and drinking Jamaican coffee.

The Jamaica Coffee Exporters Association was established in 1996 with the mission to expand and promote the development of the Jamaican coffee industry both Blue Mountain and non-Blue Mountain.