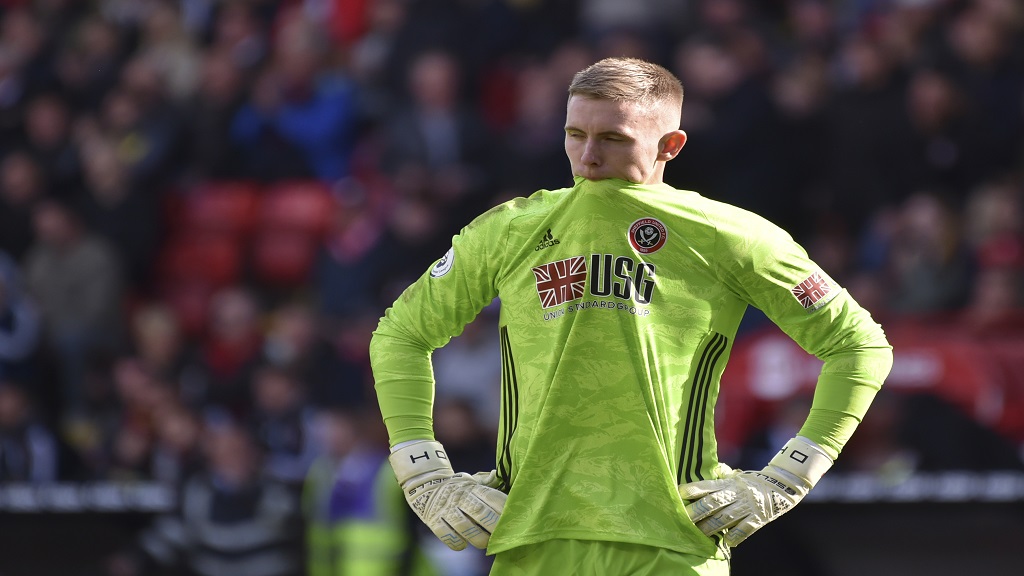 Liverpool relied on a dreadful goalkeeping error to take their winning run in the English Premier League (EPL) to 16 matches.

Georginio Wijnaldum's 70th-minute volley from the edge of the area went straight at Dean Henderson, only for the ball to squirm through the legs of the Sheffield United goalkeeper and gift the league leaders a 1-0 win at Bramall Lane on Saturday.

Henderson is on loan at the promoted club from Manchester United, traditionally Liverpool's fiercest rival.

"I am not going to put my arms around him, simply he needs to do better."

Liverpool have opened the Premier League campaign with seven straight victories and have now won every league game since a 0-0 draw at Everton on March 3. Two more wins and Liverpool will tie the record of 18 straight Premier League wins, set by Manchester City in 2017.

Liverpool got away with one of their worst performances of the season, with Sheffield United in the visitors' faces all match and showing great intensity.

"It was not the best game we had but we won," Wijnaldum said. "A few years ago, we would not have been able to win these games. It could be a really important three points."

Jürgen Klopp's side did create the better chances, however, with Sadio Mane hitting the post from close range just before halftime and Mohamed Salah running through on goal in the 79th but seeing his finish turned aside by the right leg of Henderson.

United had an opportunity to equalize with five minutes left, but Leon Clarke lifted a shot over the crossbar as he stretched for a left-wing cross.

"These games, they are not all beauties and you have to work hard for the results," Klopp said. "You have to respect the opponent. We had good moments and it was one of these games you have to win but not think too much about it."

WATCH: Liverpool may have to stay unbeaten to win the league

Alisson 'nearly' ready to return from injury for Liverpool