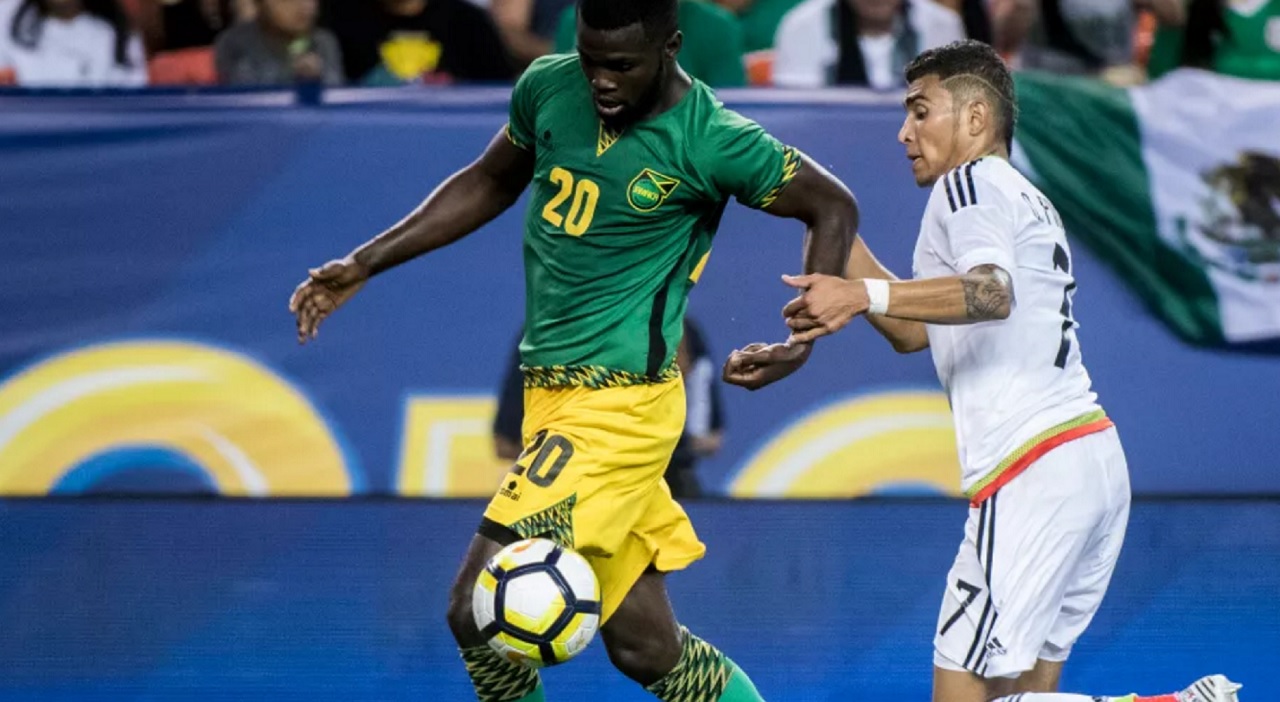 Jamaica’s Kemar Lawrence (#20) has started in each of the 11 games he has played in the CONCACAF Gold Cup. (PHOTO: CONCACAF.COM)

After striking for one of the most important goals in Jamaican soccer history, Kemar Lawrence was in no mood to celebrate.

Immediately after taking a 1-0 lead in the 88th minute of the CONCACAF Gold Cup semifinals against Mexico at the Rose Bowl on Sunday night, the Reggae Boyz huddled together for a few seconds prior to Mexico restarting play.

"I reminded the guys that the game is not finished yet and we needed to see this game out," Lawrence said about the brief meeting.

Jamaica did and booked berth against the United States in Wednesday’s final at Levi's Stadium in Santa Clara.

Midfielder Michael Binns was ready to take the 24-yard free kick, but there was an intervention.

"I had perfect view," he stated.  "It was a great shot, a great moment.  I'm very happy for the kid.  He stepped up in a big moment when we needed someone to make a play for us."

Lawrence dedicated the goal to his late grandmother Norma Seymour, who passed away in March at 60-years-old.

"After the goal that was all I thought about -- my grandmother," expressed the New York Red Bulls star.  "Just wish she was there to see that moment."

A day after his heroics, Lawrence was looking forward, not backward.

"The guys had some laughter last night," he concluded.  "That's all over now.  We know the goal at hand.  We know what we want to do and we want to make history.  There is only one way to do that and that's beating the USA."