Global stocks recover some ground at end of turbulent week 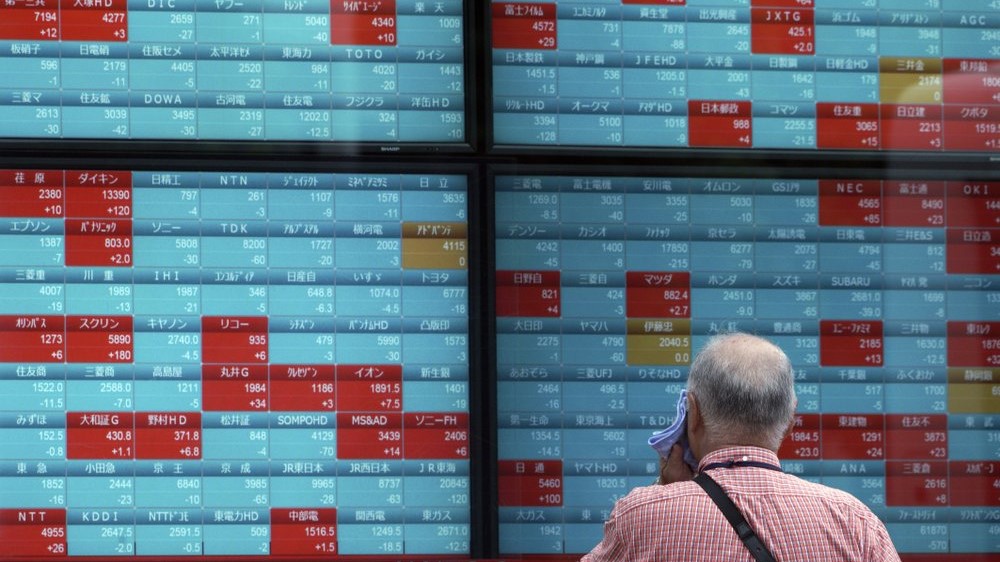 A man looks at an electronic stock board showing Japan's Nikkei 225 index at a securities firm in Tokyo Friday, Aug. 16, 2019. (AP Photo/Eugene Hoshiko)

Global stock markets looked set to end a turbulent week on a positive note although worries about the U.S. economy and the trade conflict between the U.S. and China still have the potential to derail Friday’s recovery.

Investors in stocks were spooked earlier this week by developments in the U.S. bond market, which was pricing in a likely recession next year. Add in worries over the trade conflict between Washington and Beijing, Brexit, weak economic performance in Germany and political unrest in Hong Kong and stock markets have endured one of their worst weeks this year.

On Friday, amid a dearth of economic data, sentiment appears to have turned more positive, although confidence that it could be sustained for the rest of the session was low.

“Exhausted traders the world overhead into the weekend in a more buoyant mood,” said Craig Erlam, senior market analyst at OANDA. “While I’d like to think there’ll be no more drama in the final hours of trading, I’m just not that optimistic.”

U.S. stocks were poised for solid gains at the open too with Dow futures and the broader S&P 500 futures up 0.9%.

“Despite the positive start today, it seems unlikely that it will be enough to prevent another negative week,” said Michael Hewson, chief market analyst at CMC Markets. “Nothing we’ve heard over the last few days has come close to changing investor concerns that the global economy is on the cusp of a sharp slowdown, and if anything, a lot of the data has only served to reinforce those fears.”

Investors are also keeping a close watch on the trade backdrop. Hopes of a swift resolution between the U.S. and China have been dashed and investors appear to be digging in for a protracted dispute. U.S. President Donald Trump has defended his stance once again and insisted that a resolution with China has to be “on our terms.”