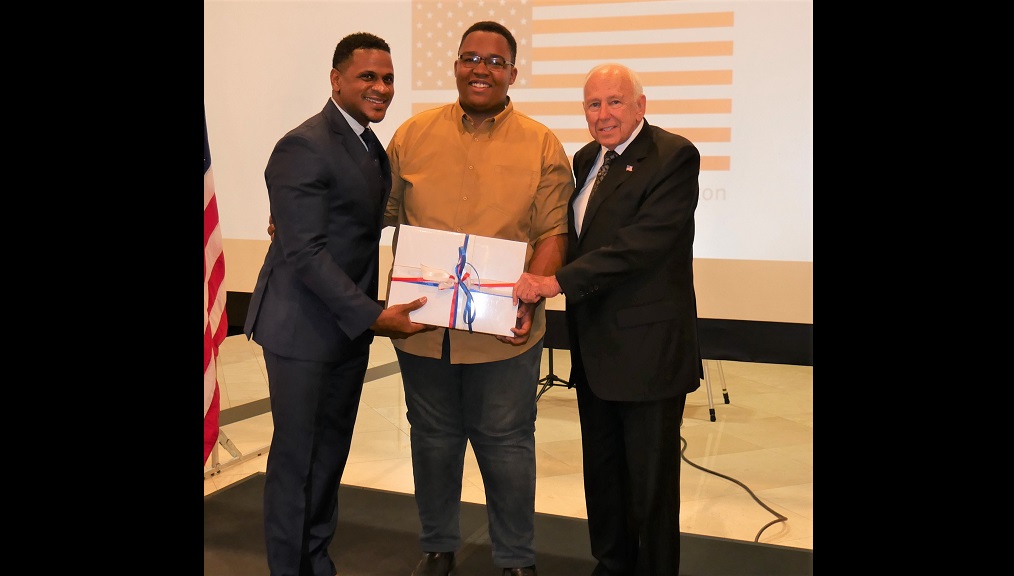 Jason Tomlinson's photo of a crossing guard ensuring the safety of pedestrians outside the May Pen Primary School in Clarendon has won the US Embassy Black History Month Photo Competition.

“I’m a bit lost for words. I didn’t expect to win, but I am grateful nonetheless, and so are my parents,” said a stunned Tomlinson as he received the winning prize, a MacBook Air.

The upper sixth form student of Glenmuir High School was announced as the winner of the competition, aimed at highlighting community unsung heroes, at an Exhibition and Reception for the 10 finalists at the US Embassy in Kingston on Tuesday, February 18. 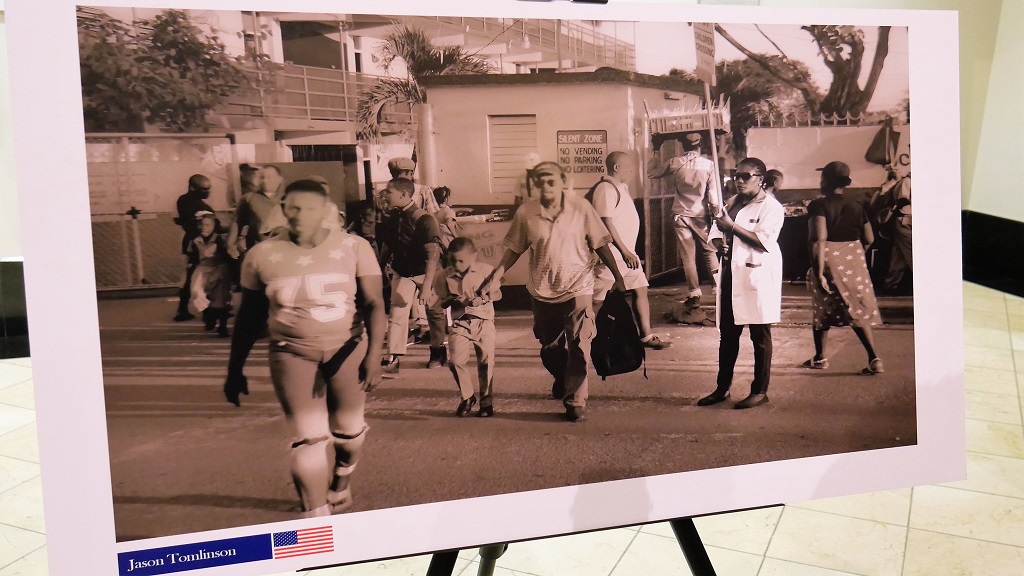 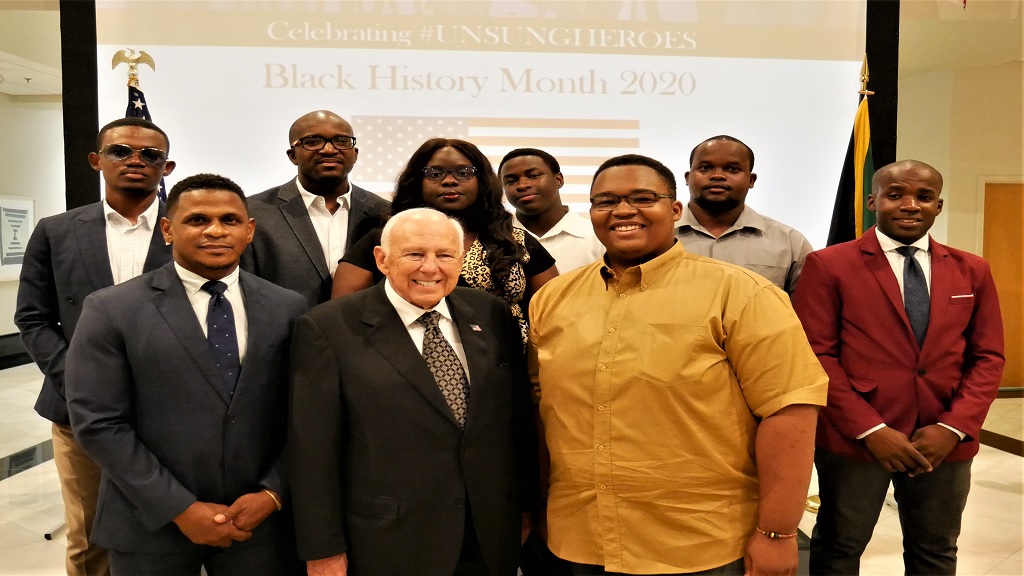 At top is Tomlinson's winning entry; at bottom, Tapia and Knight pose with the finalists.

Second place in the competition went to Sherard Little, who had two photos among the 10 finalists; while third place went to Kabian Davidson.

Tomlinson, who began taking photos six years ago, told Loop News that he enjoys all types of photography including sports, portraits and photojournalism.

“It’s a hobby but I am trying to make it into somewhat of a business. I have done a few weddings and I’ve got some really good comments and recommendations," said the young photographer, who plans to study electrical engineering after finishing Glenmuir.

Tomlinson, who shoots with a Nikon D5600, converted the image from colour to black and white “to get an emotional feel.”

US ambassador kicks off school talks