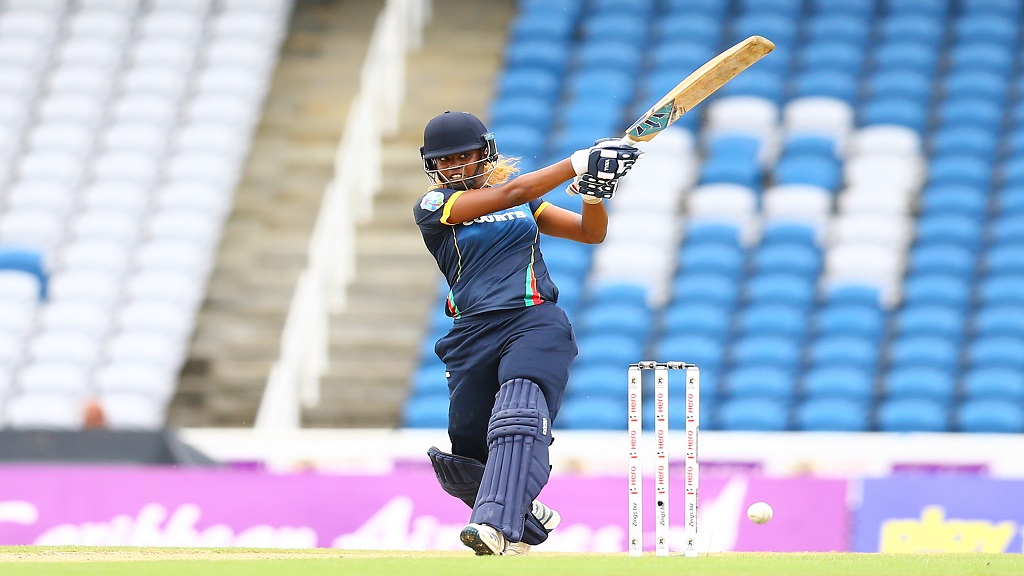 The Revellers had prevailed by eight wickets in the NLCB Challenge and it looked like being a similar story two days on when the Gladiators were restricted to 66 for six from their allotted 10 overs at the Brian Lara Cricket Academy in Trinidad and Tobago.

But in the absence of star player Jamaican Stafanie Taylor, the Revellers came up short on 63 for six despite Chinelle Henry’s unbeaten 17 and 11 off five balls from Stacy-Ann King to go with her three wickets in the first half of the game.

The Revellers were always behind the rate after a tidy opening over from Shakera Selman. Hayley Matthews and Shabika Gajnabi then struck with successive deliveries to remove both openers Jodian Morgan, smartly stumped by Kycia Knight, and Britney Cooper cheaply.

That left the Revellers seven for two and up against it. Jamaican Natasha McLean hit two boundaries before holing out to Kyshona Knight at deep cover for 14.

When Afy Fletcher bowled Chedean Nation, also of Jamaica,  to leave the Revellers 33 for four with just 20 balls remaining, the game appeared to be heading decisively the Gladiators’ way.

King and Henry had other ideas, though, adding 22 in the next 12 balls to leave the equation at 12 from nine balls. King was then run out, though, and that would prove decisive as the Gladiators held on to leave both sides with a win apiece from the two matches.

Kycia Knight and Matthews had earlier impressed once again for the Gladiators at the top of the order. They shared a 54-run partnership for the Gladiators in Thursday’s NLCB Challenge defeat and this time, with Kycia moved up to open alongside Matthews, they put on 41 for the first wicket.

Matthews (26 from 23) picked up a couple of boundaries with trademark cut shots and another with a fine leg glance, while Kycia pulled one four in her 15 from 13 balls.

But the two fell in successive balls in identical fashion, caught by Mclean when attempting big hits down the ground off King.

Kyshona Knight looked to get things moving again and picked up a one-bounce four through midwicket but was then bowled via inside edge and pad off Henry for seven.

Qiana Joseph pumped the only six of the innings over wide long-on to start stand-in skipper Anisa Mohammed’s final over of the 10 but was bowled by the next ball.

Mohammed was on a hat-trick when Gladiators skipper Afy Fletcher ran past the next to be stumped by a distance by Reniece Boyce.

The hat-trick ball was survived as the Gladiators scrambled to 66 for six and a total that would prove just about defendable.

Tallawahs' Glenn Phillips in 2019 CPL team of the tournament