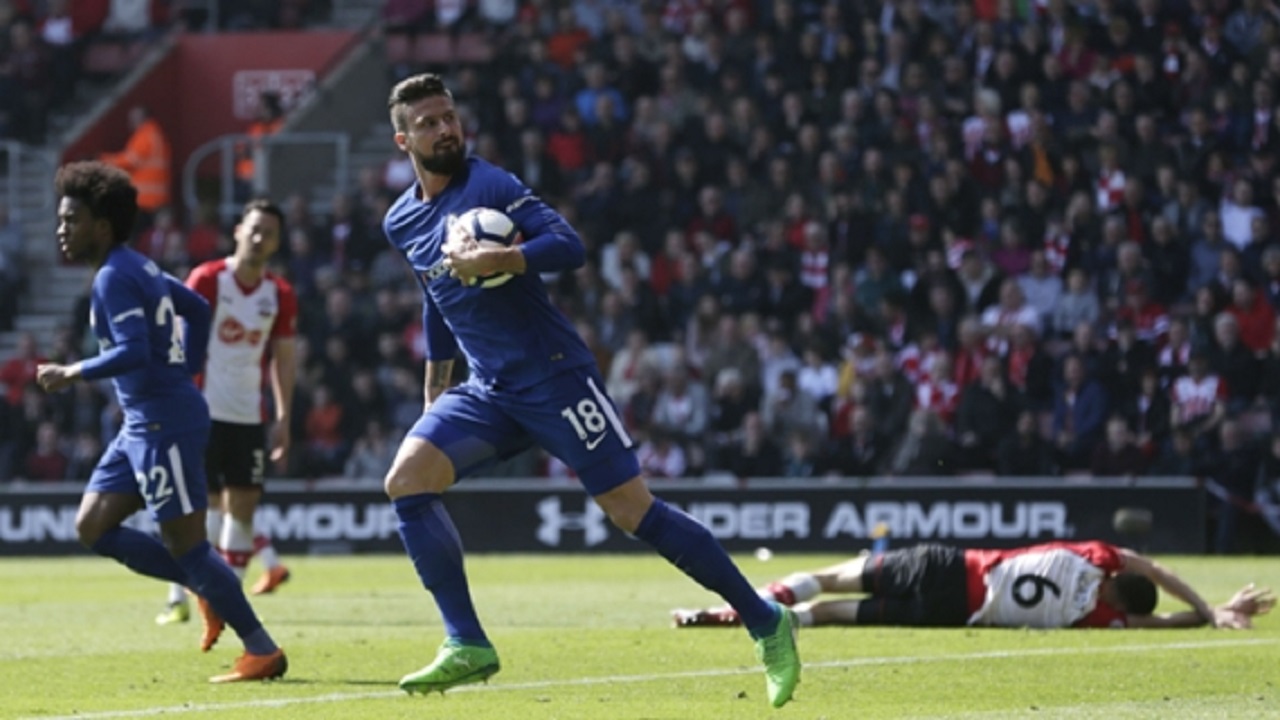 Chelsea scored three goals in eight minutes, including two from substitute Olivier Giroud, in a stirring second-half comeback from 2-0 down to beat relegation-threatened Southampton 3-2 in the Premier League on Saturday.

The victory kept alive fifth-place Chelsea's slim hopes of qualifying for next season's Champions League, with seven points now separating the champions from Tottenham and Liverpool above them.

After goals from Dusan Tadic and Jan Bednarek put Southampton 2-0 ahead by the 60th minute, Giroud headed in Marcos Alonso's cross to start the fightback in the 70th — nine minutes after coming on for the ineffective Alvaro Morata.

Eden Hazard slammed in a finish from close range in the 75th, before Giroud met a weak headed clearance with a driven half-volley into the bottom corner in 78th.

They were the first goals for Chelsea in the Premier League for Giroud, who gained a reputation as a so-called "super-sub" in his time at Arsenal before moving to Stamford Bridge in January.

Southampton stayed in the relegation zone with five games left.