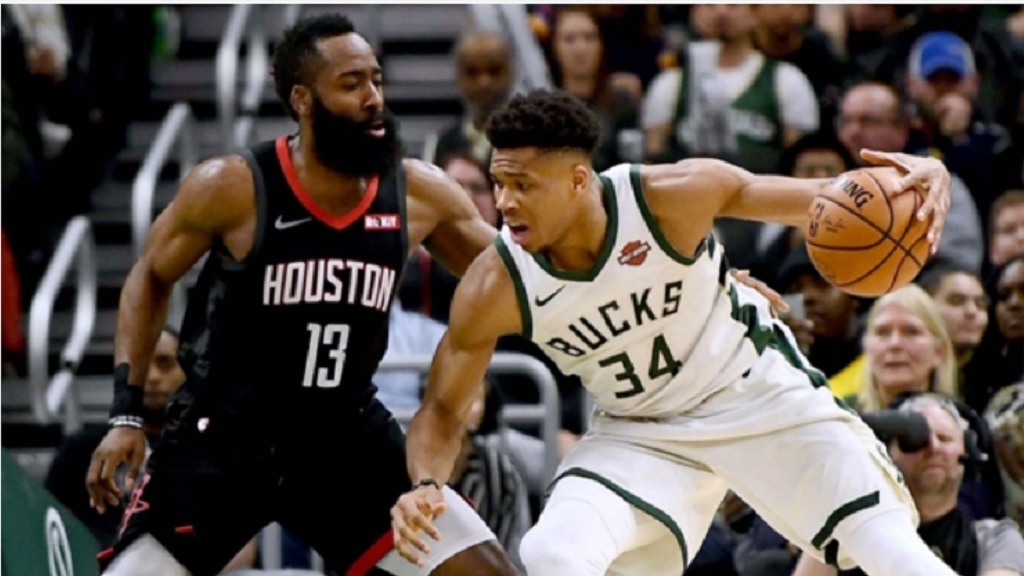 MVP candidates Giannis Antetokounmpo and James Harden were both unanimous selections for the All-NBA First Team for 2018-19.

The All-NBA teams were announced by the league on Thursday and the two standout stars of the season, Antetokounmpo and Harden, each received the full 500 points after being named on all 100 First Team ballots.

Giannis, twice on the Second Team, made the cut for the top side for the first time.

Stephen Curry, whose Golden State Warriors have reached the NBA Finals where they could face Antetokounmpo's Milwaukee Bucks, was next on 482 points.

On the Second Team, Joel Embiid, Kevin Durant, Damian Lillard, Kawhi Leonard, and Kyrie Irving all made the cut.

Meanwhile, LeBron James, who missed the playoffs after moving to the Los Angeles Lakers, fell to the Third Team, alongside Russell Westbrook, Blake Griffin, Rudy Gobert, and Kemba Walker.

With the pick, James ties the record for the most All-NBA selections with 15, although he was left out of the First Team for only the fourth time in his 16-year career.