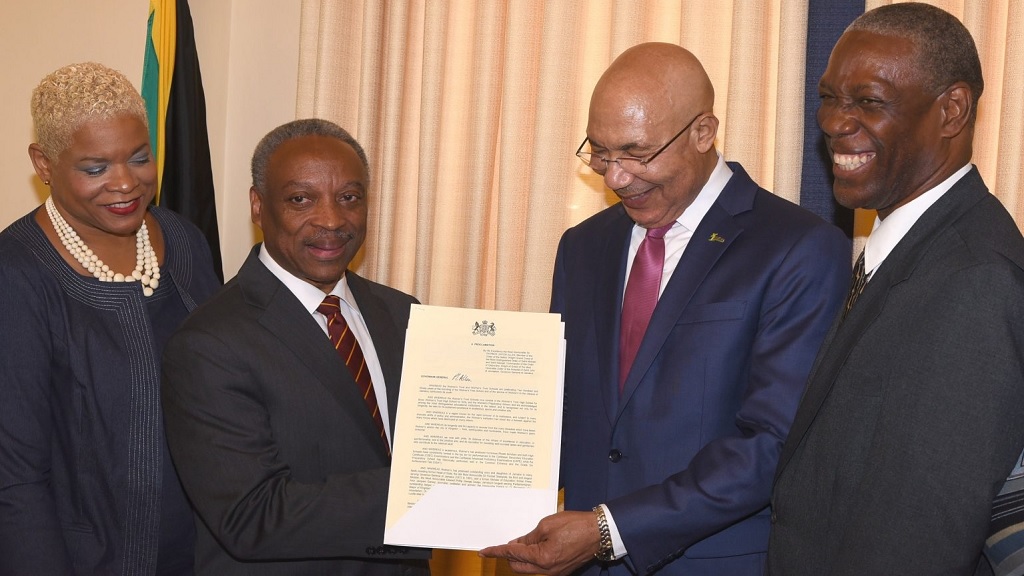 Governor General Sir Patrick Allen on Friday declared May 21 Wolmer's Day, making the Kingston-based institution the only Jamaican school that has a day named in its honour.

The Governor General made the proclamation at King's House on Friday in honour of the Wolmer's Trust Schools' 290th anniversary.

The proclamation was read by Chairman of the Wolmer's School Board, Lincoln McIntyre. It hailed the Wolmer's Trust Schools - Wolmer's Boys, Wolmer's Girls and Wolmer's Prep - as being "among the most distinguished educational institutions in the island, and is recognised not only for its longevity, but also for its sustained excellence in academics, sports and creative arts."

It also praised the school for producing "outstanding sons and daughters of Jamaica in many fields" including former head of state, Sir Florizel Glasspole - the third and longest serving Governor General of Jamaica and a former Minister of Education; former Prime Minister, Edward Seaga - Jamaica’s longest serving parliamentarian; Amy Jacques Garvey, journalist, publisher and activist; Avis Henriques in business and voluntarism and Dr Phyllis McPherson Russell in public service and the teaching of mathematics.

The proclamation also hailed the school’s contribution to the creative arts by mentioning past students actor Harry Belafonte, entertainer Sean Paul as well as novelists, Kei Miller and Marlon James.

Both Wolmer's Boys and Wolmer's Girls schools have consistently ranked in the top 10 performers in the Caribbean Secondary Edication Certificate (CSEC) examinations and the Caribbean advanced  Proficiency Examinations (CAPE) and the preparatory school has done consistently well in the Common Entrance and Grade Six Achievement Test (GSAT).

Wolmer's Boys' class of 82 continues to give back