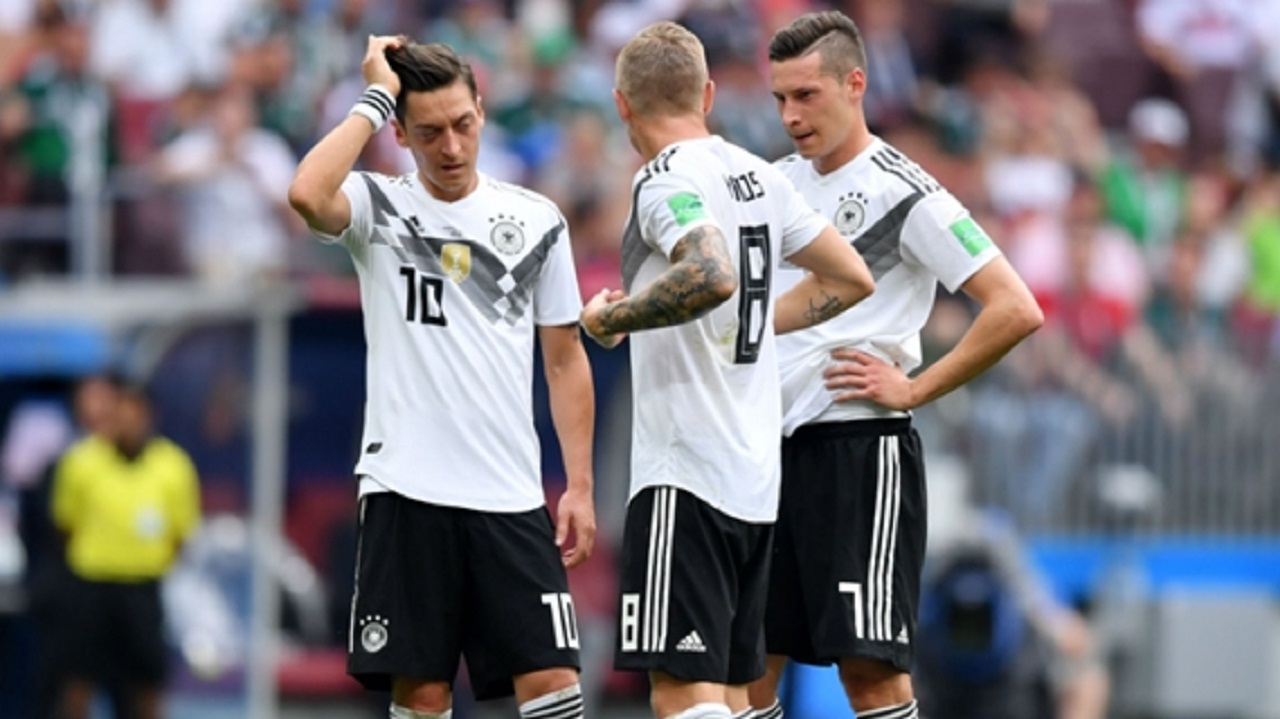 Toni Kroos has again rejected Mesut Ozil's accusations of racism against the German Football Federation (DFB), insisting the national team has proven over many years to be a "role model for all society".

Ozil – who made his claims in a lengthy three-part letter – felt he had been scapegoated for Germany's poor World Cup showing as a result of his May meeting with Turkey's controversial president Recep Tayyip Erdogan.

The midfielder, who has Turkish heritage, has received precious little support from his former team-mates in the Germany setup, and Kroos defended the DFB on Wednesday after reiterating the comments he made in August, when he called Ozil's claims "nonsense".

"I think that it [the situation surrounding Ozil's claims] doesn't say anything about German football," Kroos told reporters at a news conference.

"Respectively, for years we have been proving the opposite of what has been said. This was an individual case, a special one to which I expressed my opinion about a few weeks ago.

"Particularly the racism charges against the DFB and the president, I can only refuse in my opinion.

"Everything that happened around it, in the stadiums or in other statements, I did not comment on, but only the accusations against the DFB and the president, which is part of the DFB.

"And this is absolutely to be rejected. In this form and harshness, it was not appropriate.

"I think we have proved the contrary for years, and we as a national team have been a role model for all society on how it [integration] can work.

"Players of every culture were welcome and [we] built together a team. That's all on this topic."

Germany face France in their Nations League opener on Thursday, their first match since the 2-0 defeat to South Korea in Kazan which saw them dumped out of the World Cup in the group stage.