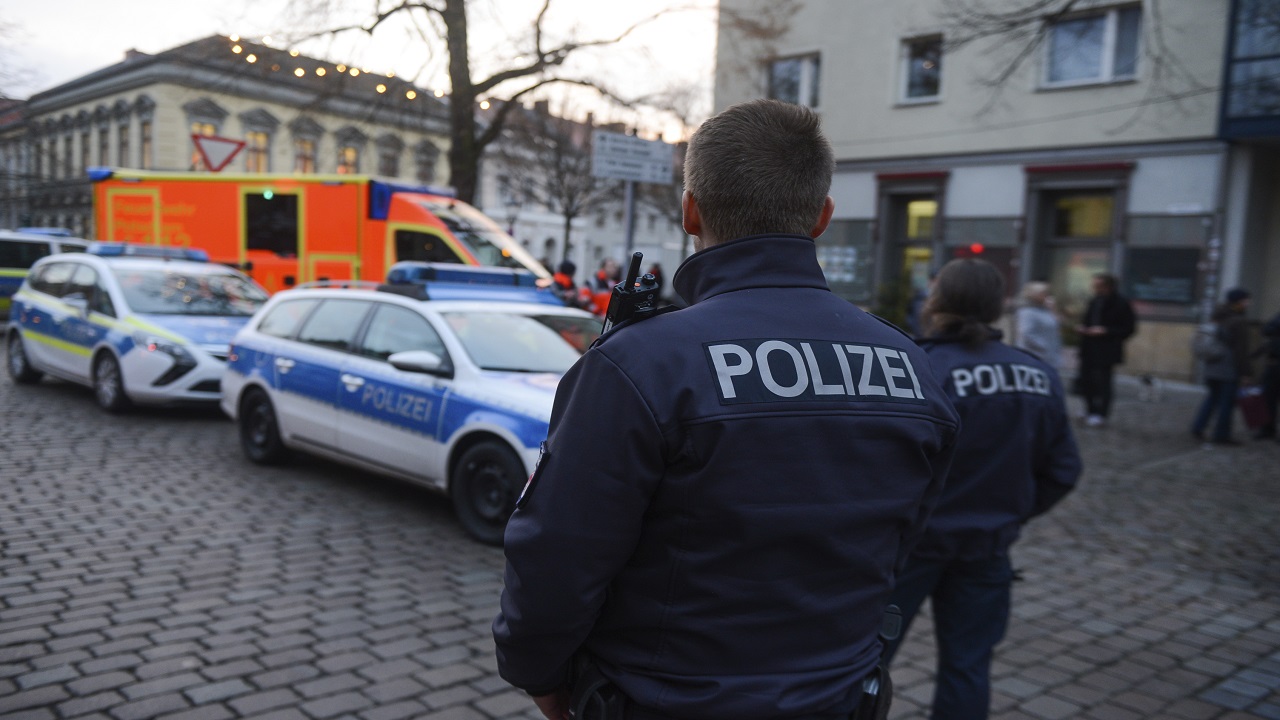 Police close the streets around a Christmas market after a suspicious object was found in Potsdam, eastern Germany, Friday, Dec. 1, 2017.

German police evacuated a popular Christmas market in the city of Potsdam on Friday before destroying a suspicious package containing nails and an unidentified powder in a controlled explosion, officials said.

There were no injuries reported in the evacuation or demolition of the device, and police said it was too early to speculate who may have been behind the package.

Police were alerted at about 2:30 p.m. (1330 GMT; 8:30 a.m. EST) after the package was delivered to a pharmacy on the same street as the Christmas market, and suspicious wires and other items were found inside, police spokesman Peter Meyritz told the Potsdamer Neueste Nachrichten newspaper.

Meyritz wasn't immediately available to provide further details, but told the newspaper that the package measured about 40 centimeters by 50 centimeters (16 inches by 20 inches) and was apparently delivered by a messenger service.

The Christmas market was evacuated to allow explosives experts to secure the device and destroy it in place outside the pharmacy in Potsdam, the capital of the state of Brandenburg, just outside of Berlin. Residents of the street were told to stay in the rear area of their homes while the procedure was carried out.

The package contained nails and a powder, but experts were still trying to determine whether it was real or a hoax, Brandenburg Interior Minister Karl-Heinz Schroeter told reporters at the scene.

"The evaluation and analysis is just beginning now," he said. "If it was really explosive or if it was a fake or a dummy, we will only know through further investigation."

He added that if it turns out that there were explosives in the package, "the next question is whether it was live or not."

Christmas markets are extremely popular in Germany and have increased security this year following the deadly truck attack at a market in downtown Berlin last year.

In that case, a Tunisian man hijacked a truck and drove it into a crowded market, killing 12 people in an attack that was later claimed by the Islamic State group. The suspect, Anis Amri, fled to Italy after the Dec. 19 attack and died in a shootout with police near Milan on Dec. 23, 2016.