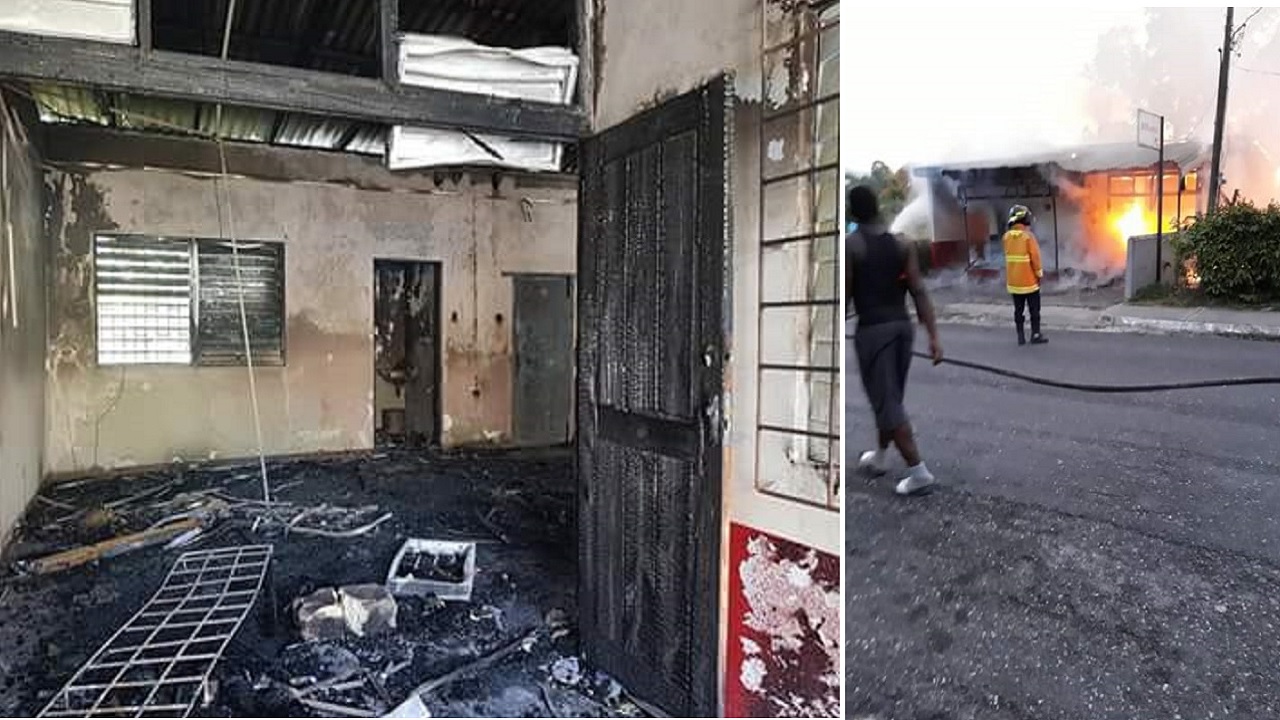 Images show Inside the Gayle Post Office, which was totally destroyed; and firefighters responding to the scene of the blaze.

Several residents including pensioners from the town of Gayle and surrounding communities in St Mary are now without a post office after the facility was destroyed by fire on Sunday.

Members of the St Mary Fire Department are now conducting a probe to determine the cause of the blaze, which started sometime after 4 am.

Residents saw fire coming from the post office and alerted the police.

Two units from the Ocho Rios and Port Maria fire departments responded and carried out cooling down operations. However, the contents inside the building, including letters and other documents, were destroyed. 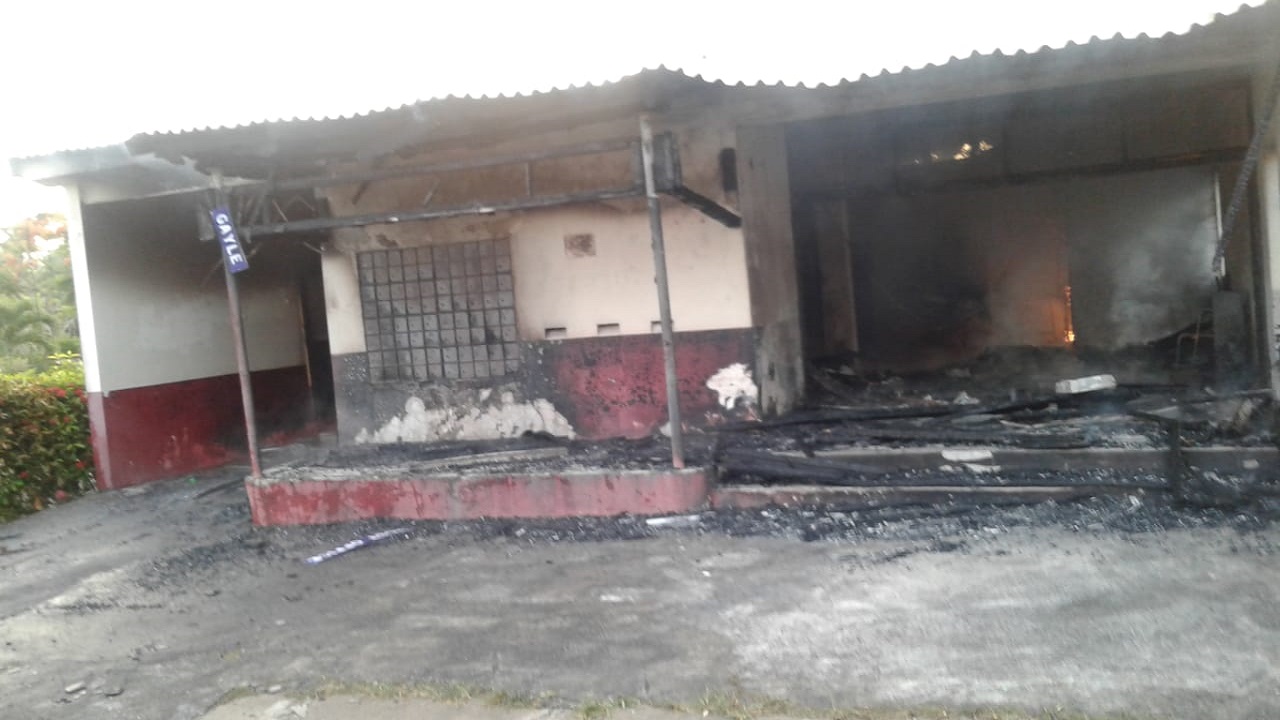 A front view of the damage caused by fire to the Gayle Post Office.

An estimated cost of the damage caused by the fire has not yet been determined at this time.

Police sources indicate that it is suspected that the fire was triggered by arsonists, and that authorities are planning to question patrons of a nearby party that was shut down by lawmen just prior to the blaze.

Loop News understands that, prior to the fire at the post office, a popular dance was underway nearby when, in accordance with strict compliance under the Noise Abatement Act, police officers went to the party and turned off the music.

The actions by the officers reportedly infuriated the patrons, who subsequently issued several threats.

It is further alleged that, sometime later, residents saw fire coming from the Gayle Post Office. Police sources revealed that they have received informatiom that several patrons from the party were seen in the vicinity of the post office, prior to it being set ablaze.

"It is possible that they wanted to set the police station on fire, but they instead turned their fury on the post office," a police source explained.

The Gayle Post Office is one of the most valuable infrastructures in the town. It serves several communities including Lucky Hill, Elgin Town, Halifax, Jeffrey Town and Labyrinth.

One resident from the area, Jo-Ann Harris, said it was a real tragedy for especially the elderly persons, who depended on the post office for their pensions.

"It (the destruction of the post office) is a real tragedy right now mi a tell yuh. We have several old people who use the post office fi get dem light bill and collect dem little money. How dat ago go now? Dem can't afford to go all di way a Retreat fi dem mail. If a set dem set it a fire, dem is wicked," Miss Harris said.

Social media users have also been commenting on the damaged caused by the fire to the Gayle Post Office.

One comment read: "You can bet those who did this don't work anywhere so dem nuh pay tax and secondly, they don't use the post office for dem can't read..I just sorry for the pensioners who now have to use half de pension to travel miles to get their money...and bet you nobody see or know anything."

Another social media chastised those who allegedly sought to destroy the island's infrastructures.

"Sad nation and then we blame Governments and demonstrate for better when its us destroying our national infrastructures," the comment read.

After visiting the remnants of the post office on Sunday morning, member of parliament for Western St Mary, Robert Montague told persons on his Facebook page that "arrangements are being made with the Post Master General for an alternate location to serve the people."

He asked for persons to allow the investigations into the incident to continue.

"My gratitude to the brave men and women of the Jamaica Fire Brigade and the citizens of Gayle, who came out to help," wrote Montague.