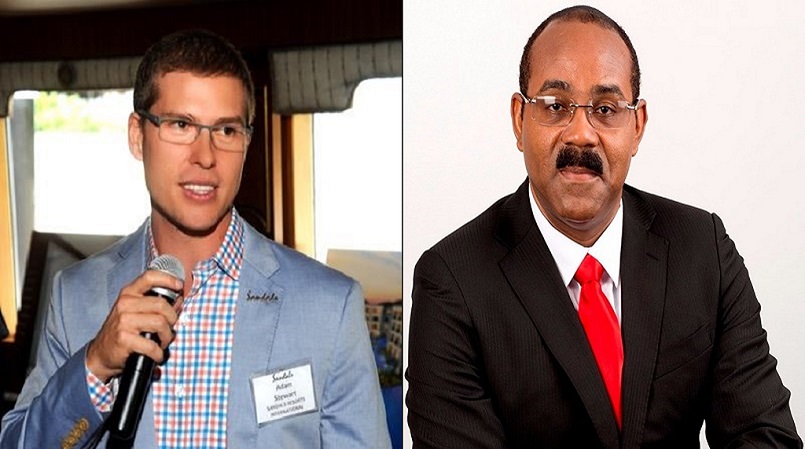 Speaking with Antigua Observer’s radio host ‘Serpent’, Stewart said: “In my country we have a word for what the Prime Minister Gaston Browne is doing – we call it ‘ bad mind’. The Prime Minister is bad minding Sandals. He is playing politics and it looks like he is already campaigning for re-election.”

Stewart’s remark follows claims made by the Antiguan Prime Minister that Sandals Antigua Grande is not paying its due taxes and does not help the local economy.

Calling for greater transparency, the Sandals Resorts CEO threw down the gauntlet suggesting that Sandals would gladly open its books for the Sandals Antigua Grande provided everyone gets to see what concessions were granted to other investors.

“In Antigua, Sandals employs more local people than any other private sector employer. It earns more foreign exchange than any other company on the island. We are a tried and proven Caribbean brand and the only Superbrand to come out of the Caribbean.

“If the Prime Minister is being so honest and this is not a vendetta against Sandals and transparency is the order of the day, then open up the books Mr Prime Minister and show us everybody else’s incentives. After all, he keeps saying his accusations are not about Sandals. I would like him to tell us all how Sandals Antigua Grande has not performed and not brought significant benefits to the country.”

Stewart went on to point out that Sandals Antigua Grande leaves an annual  EC$96 million footprint across Antigua and  has the highest occupancy rates of any hotel on the island. It stays open all year round and Sandals promotes the country of Antigua in a tourism capacity more so than the government of Antigua.

“To be successful you look to have good partners and we are partners with the people and government of Antigua in promoting this wonderful  island,” said Stewart.

Sandals  Antigua  Grande is currently undergoing a repair and refurbishment exercise with the resort expected to be reopened for this Christmas season. Stewart drew attention to the fact that all the materials used for this endeavor were purchased in Antigua and that this is a normal practice for Sandals.

“We believe in supporting local industries and businesses because it brings communities together and it is more efficient to do so,” explained the CEO of Sandals.

To reiterate this approach to doing business across the Caribbean and more specifically Antigua, Adam Stewart relayed that In Antigua, Sandals spend about EC$5 million on laundry, beach cleanup and other ancillary services.

“ We are a Caribbean-led brand that looks out for Caribbean economies so these assertions that Sandals is trying to impose import substitutions and that we don’t support the local economy – tell  me Mr Prime Minister, what more can we be doing?

The Prime Minister has said that we could be buying more Antiguan rum – he is mistaken.  Your vendor who we also buy water and spirits from knows that we do.”

Adam Stewart doesn’t accept Prime Minister Gaston Browne’s contention that Sandals benefited at the expense of the country from a EC$100 million tax write off.

Still speaking with “Serpent", Stewart added:  I ‘don’t accept this so-called write off claim because Sandals Resorts paid to the Government of Antigua and Barbuda  the sum we were legally and contractually  due to pay. Those sums were never in arrears, were paid on time, were audited and the returns filed every year.

“Granting concessions are not unique to Antigua; they are utilized globally. Apple gets concessions so too does Google in the countries they have operations in.  We were given these concessions by the Bird administration.  By building the Mediterranean Village we moved from a 300 –staffed resort to a 637 staffed resort..

The Sandals Resorts International CEO lamented that Prime Minister Gaston Browne has yet to find a  progressive manner in which to come forward and have a discussion on these vexing matters with Sandals.

“Surely the Prime Minister isn’t saying that Sandals shouldn’t have any concessions at all because his  continuing unsubstantiated claims feels like we are getting the shakedown,” said Sandals’s top executive.

I have never demanded anything from Gaston Browne – Butch Stewart