New Game of Thrones episode shown 'by error' in Spain 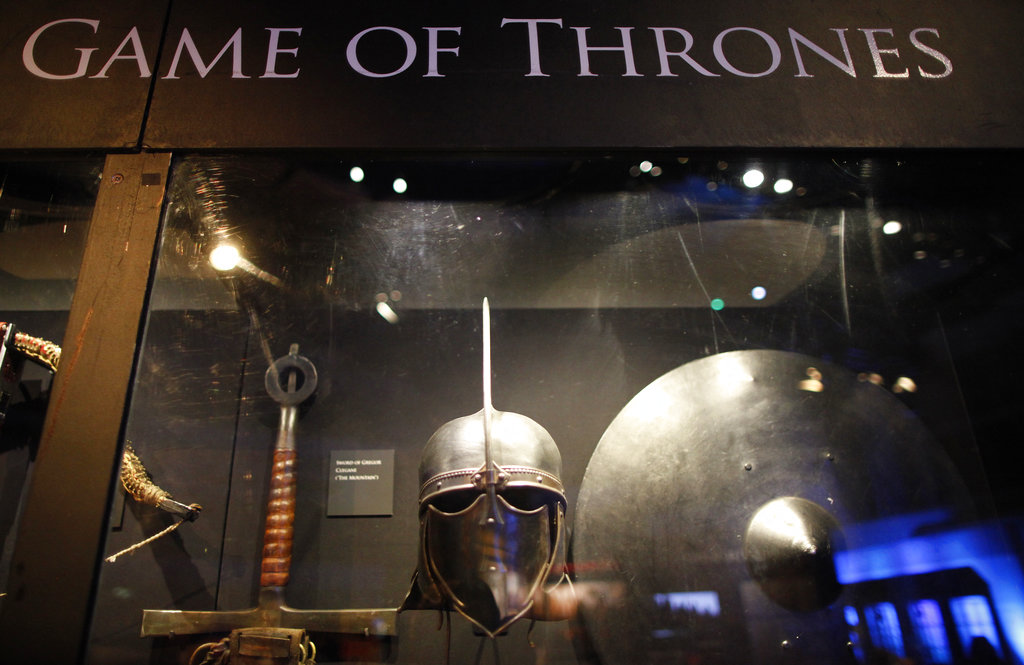 This is a Tuesday, June 10, 2014 file photo of weapons from the Game of Thrones are on display at the Waterfront Hall, Belfast, Northern Ireland. HBO in Spain has aired, apparently by accident, episode six of the seventh season of the immensely popular series, Game of Thrones, a week ahead of schedule. The episode was available to Spanish subscribers early Tuesday aug. 15, 2017, for about an hour before being removed. (AP Photo/Peter Morrison, File)

HBO said Wednesday that due to an error the sixth episode of Games of Thrones' seventh season was shown a week ahead of schedule in Spain and Nordic countries.

The episode was available to subscribers in these areas early Tuesday for about an hour before being removed. The 71-minute episode is due to be officially available Aug. 21.

News of the incident was immediately reported on social media and copies of the episode were reportedly available online later.

HBO Europe said in a note it had "learned that the upcoming episode of Game of Thrones was accidentally posted for a brief time on the HBO Nordic and HBO Espana platforms.

"The error appears to have originated with a third party vendor and the episode was removed as soon as it was recognized," it added.

It said the incident wasn't connected to the recent cyber issue with HBO US.

HBO has been the victim of hacking in recent weeks in the U.S. In India, episode four of Game of Thrones was recently leaked, leading to the arrest of four suspects.

The release sparked some criticism on social networks by people annoyed by the spoiler. Others welcomed it.

DJ says taking Taylor Swift to court was only option