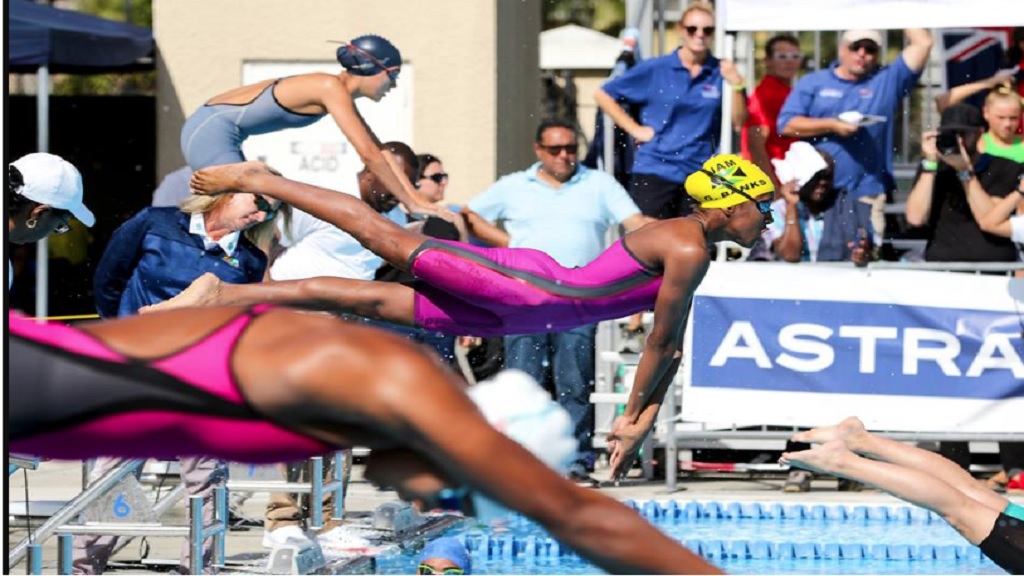 Cypress Bay High School senior Gabrianna Banks continued to show why she is among the best female sprinters Jamaica has ever produced in swimming with her swansong performance in the 50-yard freestyle at the recent 4A Florida High School Championships.

The meet was held at the Sailfish Splashpark Aquatic Athletics Center in Stuart, Florida and the Jamaican entered the competition with a season-best of 24.20 in the splash and dash. She crushed that seasonal best with a swift 23.68. That morning swim challenged her personal standard of 23.53. In the final, she would show her sprinting abilities yet again by setting a new personal best of 23.38 for fifth place, her highest ever placing at the State level. This is an improvement from eighth place in 2018 where she clocked 23.79. The race was won by Lexie Mulvihill in 22.46

Banks has been her school’s standard-bearer in the race for the last four years. And the 23.38 clocking also moves her to fifth place in Jamaica’s all-time list in the 50-yard freestyle.

Banks, who is the reigning CCCAN bronze medallist in the 15-17 50-metre freestyle is arguably the most reliable relay swimmer Jamaica has produced at the age group with her swift relay splits continued to show why she is the “transporter”.

In the 200-yard medley relay B final, Banks had the fastest anchor leg of 23.36. That enabled her Cypress Bay to move from seventh to second in 1:48.76. Lake Brantley’s anchor leg Elizabeth Linartas just held off Banks to help them touch in 1:48.17. This bettered the 2018 performance where the team finished seventh in the B final in 1:52.21.

In the 200-yard freestyle relay, the Weston Florida based institution deployed Banks on the opening leg to ensure the team was competitive in the championship final. It worked as Banks recorded 23.54 the fastest of the opening legs to help them tie with Venice in a total time of 1:37.21. The race was won by Oviedo in 1:33.68. This is much better than 2018 where the team won the B final in a time of 1:41.11.

There would be another championship final for the team as they placed seventh in the 400-yard freestyle relay in a time of 3:32.20. Banks anchored her Cypress quarter with a split of 51.62. Last year the team did not qualify for the championship and in 2017 they were fourth in the B final.  Banks produced an anchor leg of 53.72.

Cypress Bay finished the competition for the girls in 11th spot with 79 points. The winners were Oviedo which amassed 333 points

Banks spoke with the swimming website DrafitingtheCaribbean after her final championships on November 21.

“I am very happy with my best time in the 50 and my relay swims. I am working to train more mid-distance so my 100 split in the 400 free relay which was a great reflection of my training. I am excited for long course season to hopefully go 25 in the 50-metre freestyle and lower my 100 best time”.