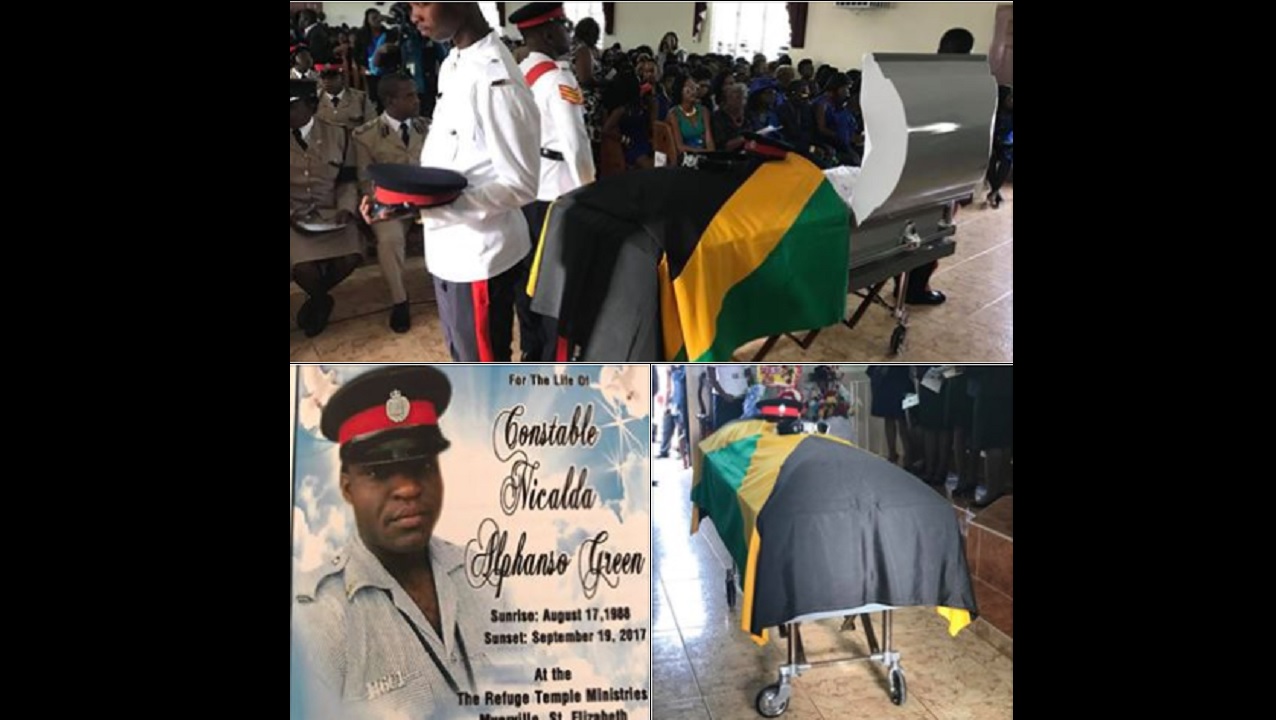 A police constable who was murdered in a gun attack at his Portmore, St Catherine home two months ago, has been laid to rest.

Constable Nicaldo Green was remembered at a funeral service Saturday at The Refuge Temple Ministries in Myerville, St Elizabeth.

The Jamaica Constabulary Force shared photos from the service to its social media pages, appealing to the public to "Keep his family and the JCF in your prayers." 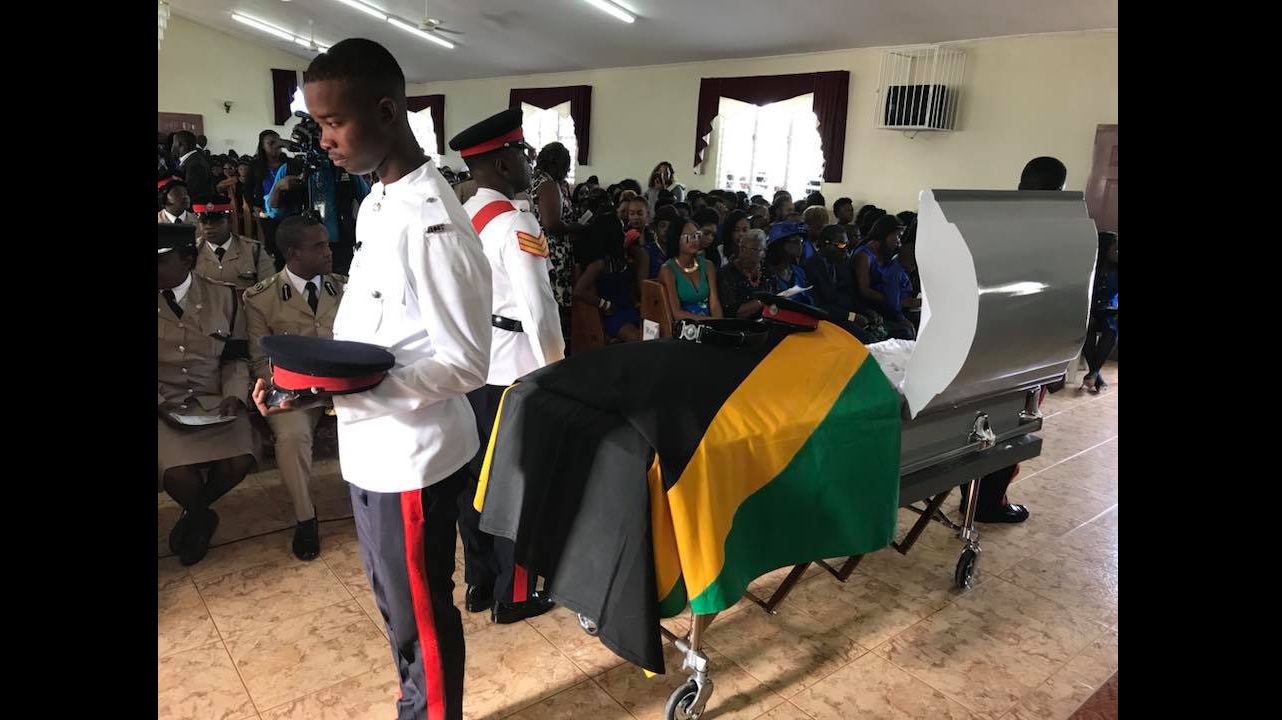 Green, who was assigned to the Stadium Police, was killed on the night of September 19. He was 29 years old.

Reports are that Green had just arrived at his Portmore home and entered his house when he was attacked and shot, and relieved of his firearm. The gunmen then made good their escape in a red motor car, according to reports by the police.

Green's killers are still on the run.