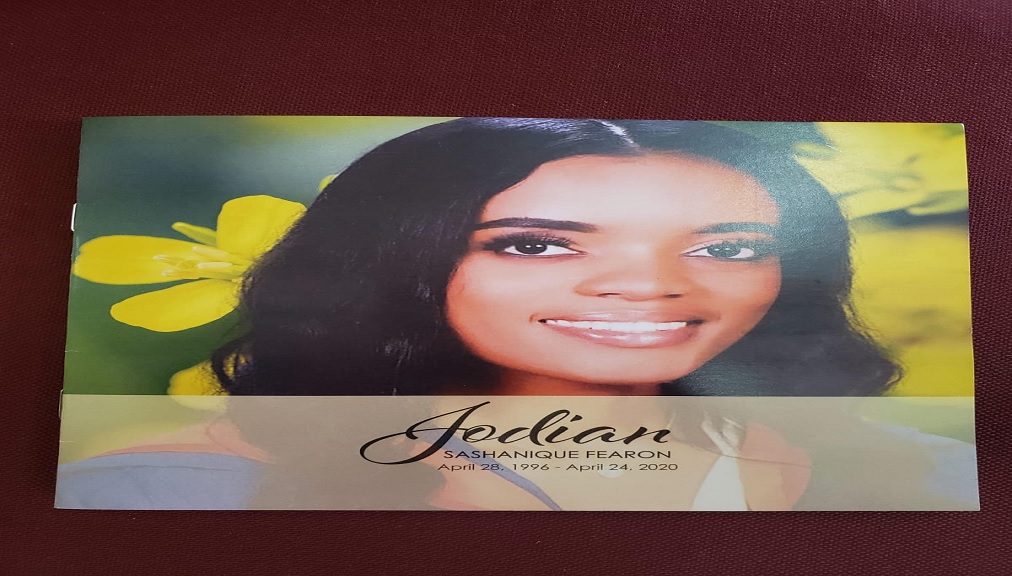 The funeral service for Jodian Fearon, the 23-year-old woman who died after being denied access to health care in April, is now underway.

The service which began at 10:00 am on Saturday is being held at a church in the Corporate Area and is attended by close family and friends.

Family members say the name of the church is being withheld to prevent crowding or any breach of the Government’s COVID-19 protocols.

Olivia “Babsy” Grange, the Minister of Culture, Gender, Entertainment and Sport and People's National Party (PNP) Spokesperson on Justice, Senator Donna Scott Mottley are also among the small group in attendance at the service.

Fearon, a first-time mom, died on April 24 after a journey that saw her travelling across the Corporate Area and being denied access to health care at several of the island’s major hospitals.

She was initially suspected to have COVID-19 but subsequently tested negative for the infectious disease.

According to family members Fearon arrived at the privately-run Andrews Memorial Hospital on April 23 and was being prepared for the delivery of her daughter.

Reports are that she was transferred the following morning to Spanish Town Hospital in St Catherine after requests for transfers to the University Hospital of the West Indies (UHWI) and Victoria Jubilee Hospital reportedly fell through.

It is alleged that the staff at Andrews Hospital refused to treat her because she was suspected to have contracted COVID-19. The hospital has since refuted this claim.

Following the delivery of her baby at Spanish Town Hospital, Fearon was transferred to the University Hospital of the West Indies after reportedly developing complications.

She died later that day.

Her death has since triggered national outrage. A criminal investigation has since been launched.