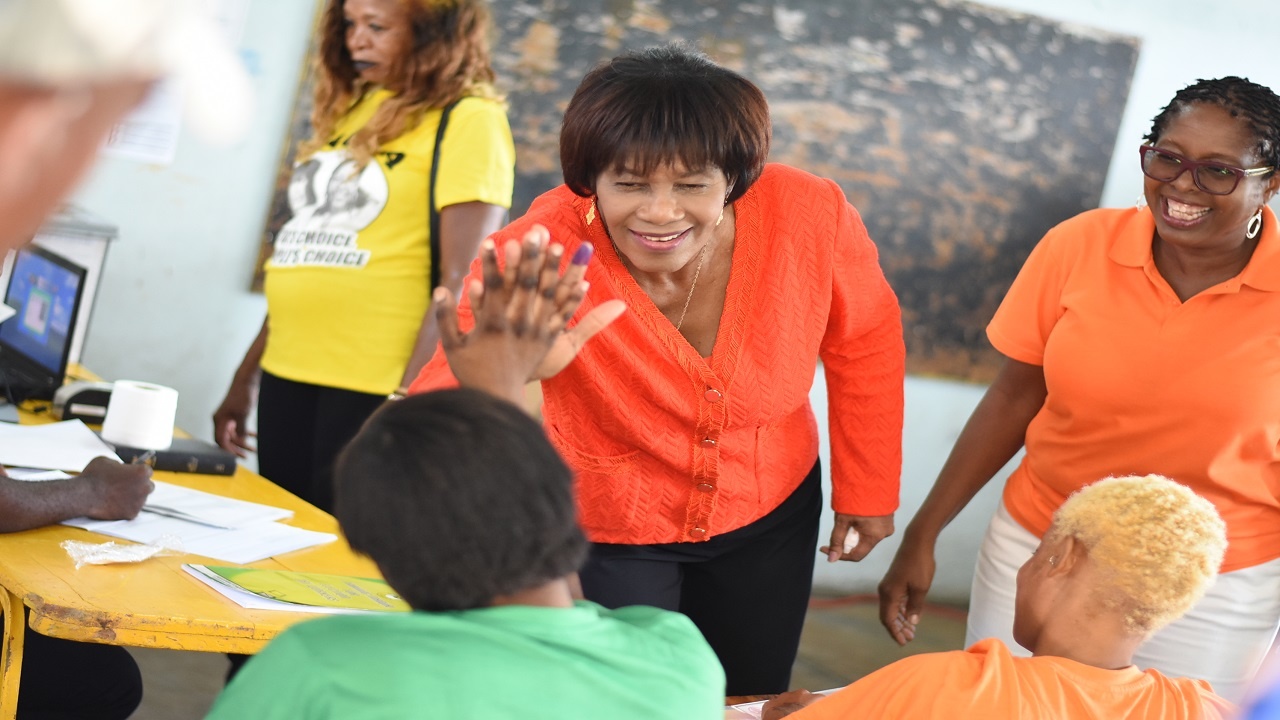 Former Prime Minister and People’s National Party leader Portia Simpson Miller was full of energy when she turned up at the Haile Selassie High School on Monday during voting in South West St Andrew.

Asked if her spritely movement reminded her of her earlier days in elections, Simpson Miller said, “in my earlier days they couldn’t match me.

“I have been on the road from morning. I am doing what I have to do. Later on I can go and relax,” said the 72-year-old.

While voter turnout for the morning session was low, Simpson Miller was confident that the situation will change and her party’s representative, Angela Brown Burke, will come out victorious.

Simpson Miller retired from representational politics earlier this year, after being Member of Parliament for the South West St Andrew constituency for nearly 40 years.

Brown Burke won the party’s internal election to select the candidate for the constituency. She defeated Audrey Smith Facey and is facing the ruling Jamaica Labour Party’s Victor Hyde in the by-election.