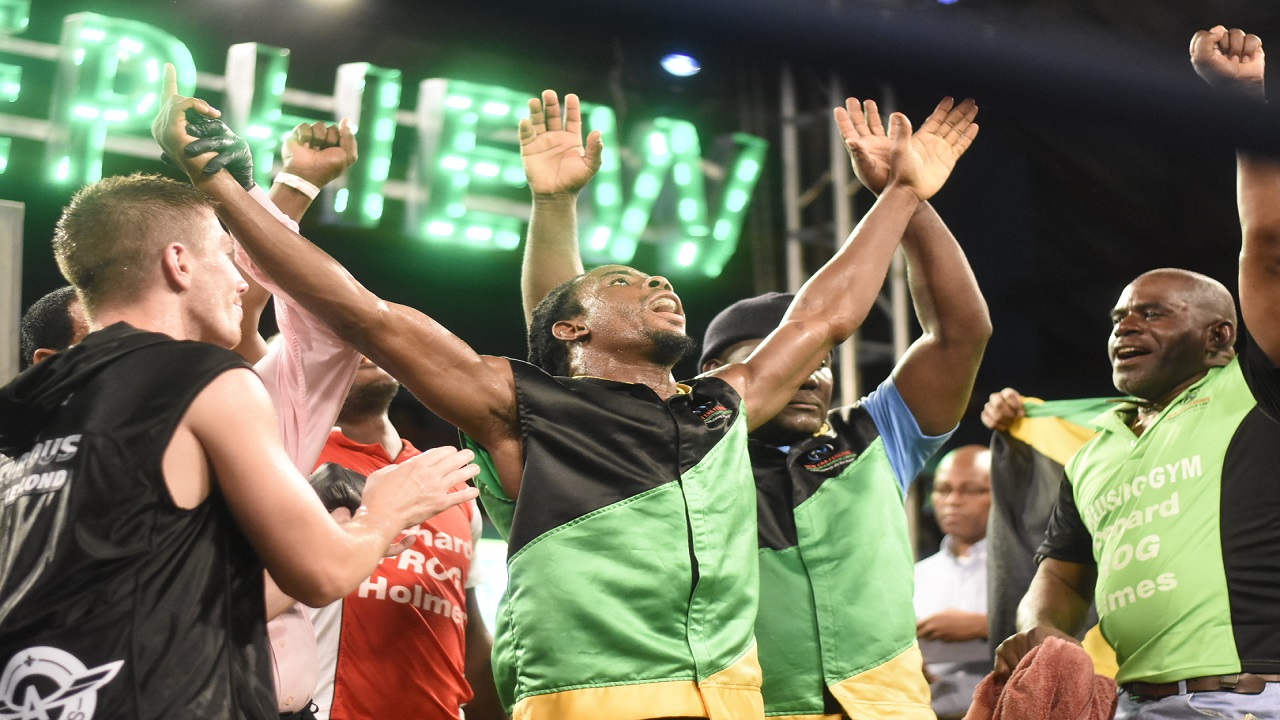 Jamaica's Richard ‘Frog’ Holmes reacts after he was declared winner of the first semi-final bout of the Wray and Nephew Contender against Canada's Dave Leblond at the Chinese Benevolent Association on Wednesday night. (PHOTO: Marlon Reid).

Jamaica's Richard ‘Frog’ Holmes earned a split decision victory against Canada's Dave Leblond in the first semi-finals of Season 8 of the Wray and Nephew Contender series, at the Chinese Benevolent Association on Wednesday night.

The rounds were very close except the third, which Holmes dominated.

Leblond  stayed in the contest as he was able to take some of Holmes’ best shots, especially in the third round. For much of the fight, he used ring craft and tactics to nullify Holmes, especially when attacking.

Holmes was happy to reach the final but was frustrated by Leblond’s tactics.

Home said, “of course I am comfortable with my performance as it is a big win for me going into the final.

“The game plan was to use my jabs when he comes in, use the uppercut, go to the body when I see it open and throw the punches straight because they will land, as he doesn’t have a defence and that’s what worked for me.

“One of the time I got frustrated (with Leblond’s tactics) but then I remember what I want and what my aim is so I just composed myself and when I went back in the corner, my coach told me to keep my cool and go back and work."

Leblond’s trainer Patrice Trudeau blames the loss on referee Eion Jardine not allowing his fighter to push off Holmes. He said that Holmes would throw combinations then tie up Leblond, with Jardine chastising his fighter for trying to free himself.

The next semi-final will be next week Wednesday and features Jamaica's Devon ‘Concrete’ Moncrieffe against Canada’s Ricardo ‘Magic Man’ Salas.

Larone White to appeal defeat against 'Frog' in Contender bout