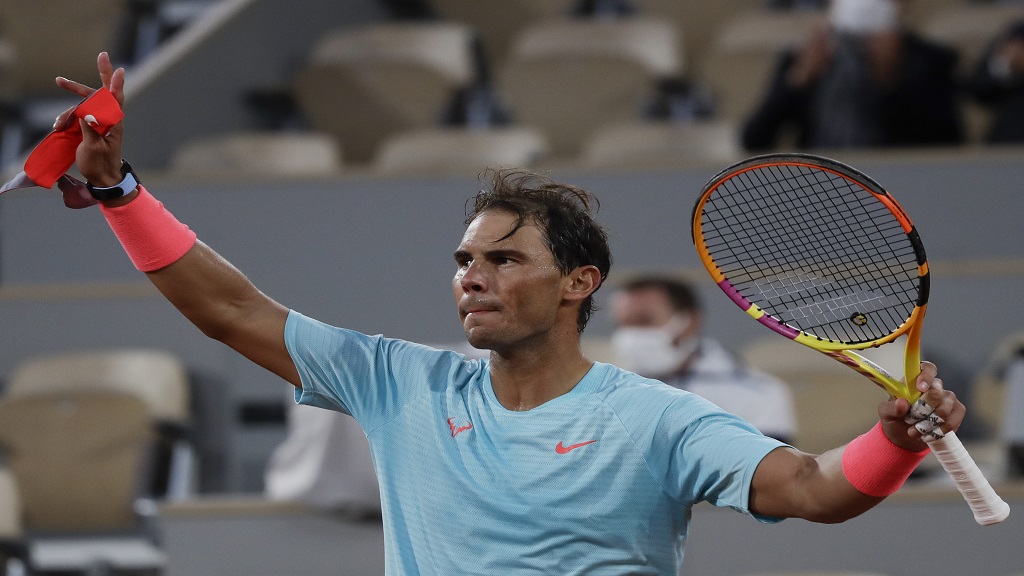 Spain's Rafael Nadal celebrates victory against Mackenzie McDonald of the US in round two of the French Open tennis tournament at the Roland Garros stadium in Paris, France, Wednesday, Sept. 30, 2020.

Ruthless Rafael Nadal only dropped four games as he made light work of Mackenzie McDonald to move into the French Open third round.

It took the second seed, who is seeking a record-extending 13th title in Paris, just one hour and 40 minutes to record a 6-1 6-0 6-3 victory on Wednesday.

American McDonald was outclassed in his first career meeting against Nadal and proved unable to force a single break-point opportunity.

Nadal's opponent in the next round will be either Stefano Travaglia or Kei Nishikori.

A brutal backhand winner in the fourth game gave Nadal a first-set advantage and he added a second break before a crisp forehand wrapped up the opener.

McDonald had one winner and 11 unforced errors in a second set that Nadal claimed without any resistance.

He stopped the rot by winning his first game in 12 attempts at the start of the third set, only to lose his next service game when he drifted a backhand off target to put the Spaniard on the brink of victory.

Nadal had to wait to seal victory but the winning moment always looked sure to arrive, ultimately coming in game nine as he dug out a backhand winner to earn a double break and covert his first match point to conclude a comfortable afternoon.

Data slam: Nadal was impressive at the net, winning 13 of 16 points – including all six in an emphatic second set that demoralised McDonald, who won on eight of his 14 trips to the middle of the court.