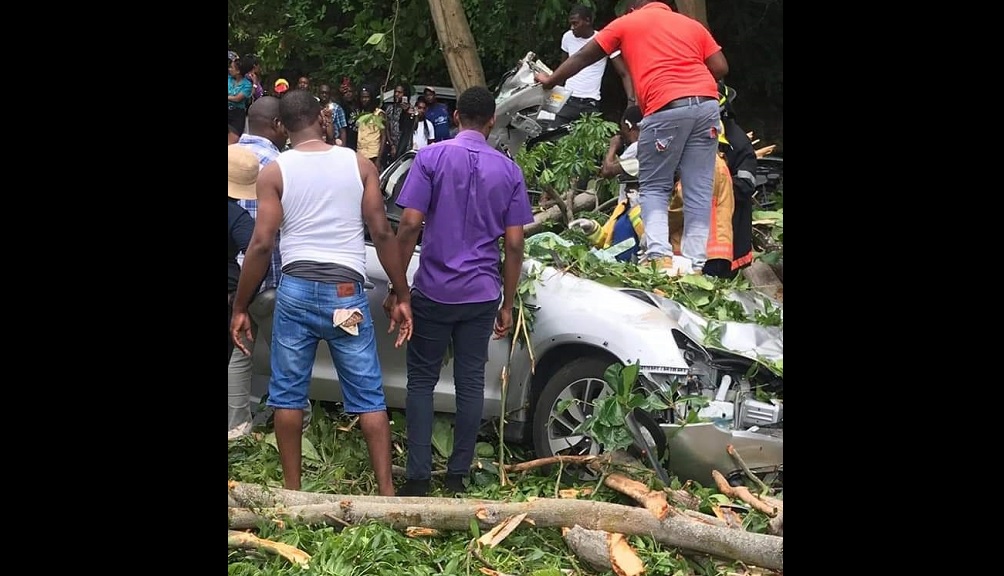 Persons crowd the scene of the freak accident on Saturday.

An elderly businesswoman is dead and another woman injured after a freak accident in St Ann over the weekend.

Eighty-five-year-old Gloria Bascoe, of Tanglewood in St Ann, was killed Saturday when a large branch of a cotton tree fell on top of the motor car in which she was travelling near Ocho Rios.

Police report that about 4:50 pm, the female driver of a Mitsubishi motor car was travelling along the Dunn's River main road with Bascoe as a passenger when, upon reaching the vicinity of the Mystic Mountain attraction, a large branch fell from a cotton tree on top of the vehicle, trapping Bascoe and the driver.

The police and the fire department were alerted to the scene, and both women were subsequently cut from the wreckage by firefighters.

The injured women were taken to the hospital, where Bascoe was pronounced dead.

According to the police, the female driver remains hospitalised in stable condition.