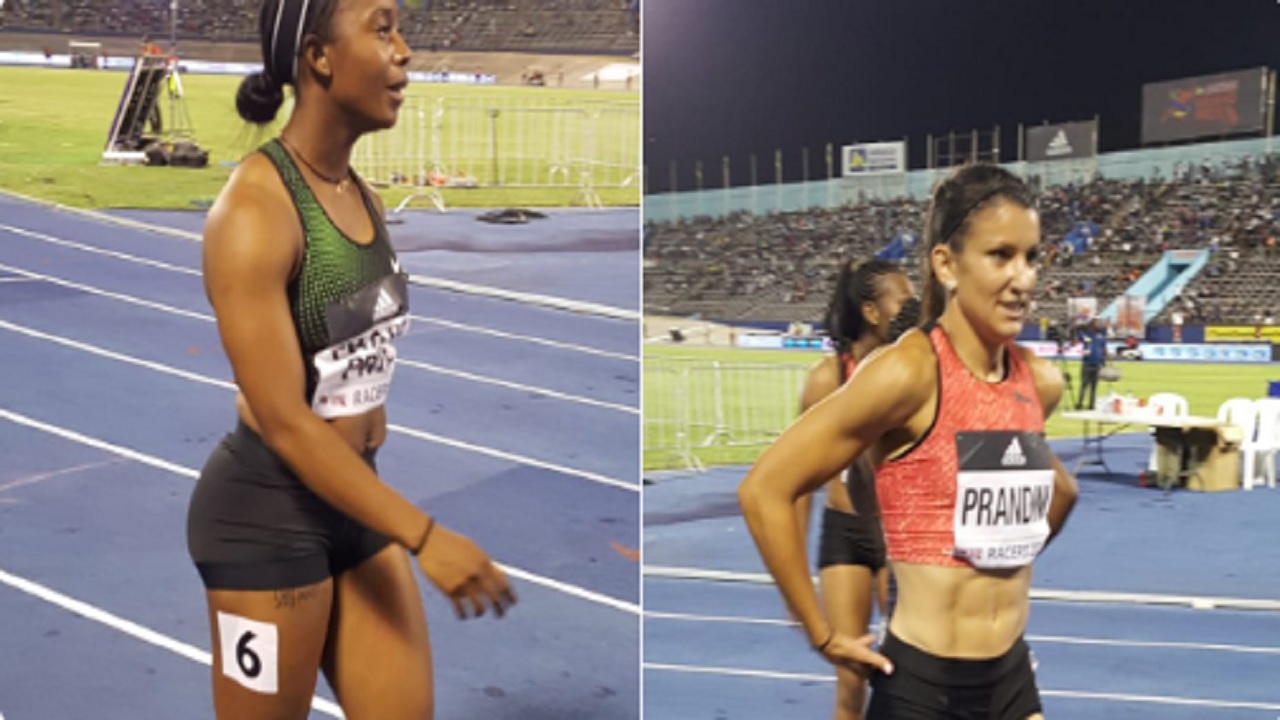 Two-time Olympic champion Shelly-Ann Fraser-Pryce returned to winning ways to take the women's 100-metre on Saturday night at the third staging of the JN Racers Grand Prix, at the National Stadium.

Fraser-Pryce, competing in her third 100m race since taking a year off to give birth last August, powered home in 11.10 seconds to beat the fast-finishing American Jenna Prandini, who clocked 11.14. Jamaican 16-year-old fast-rising star, USA-based Briana Williams (11.26) was well beaten into third, in what was her first race among seniors.

The 11.10-clocking represents the fastest by Fraser-Pryce this season. And despite it was the 47th fastest time recorded this season, the Jamaican was happy.

She said, "I am taking it (my recovery) race by race and although I still have somewhere to go, I am happy with the time."

The victory came just a week after Fraser-Pryce made her return to international competition at the Cayman Invitational where she  crossed the line in second place in 11.33. Prandini had won easily in 11.16.

Meanwhile, Jamaica's Shaneika Ricketts secured one of two meet records on the night to defend the women's triple jump.

Ricketts, the 2018 Gold Coast Commonweath Games silver medallist, won with an effort of 14.39m  to erase the previous meet record of 14.31m, she set last year.

Ricketts, who opened up with 13.94m, took the lead on her third attempt with 14.26m and then got the meet record jump on her final attempt.

Ana Tima of the Dominican Republic was well beaten into second place with an effort of 14.22m, while Cuban Liadagmis finished third with 13.77m.

Kirani James, a 400m gold and silver medalist at the last two Olympics, was responsible for the other meet record.

The 25-year-old Grenadian, who was running for the first time since April 28 of last year due to an illness, came from off the pace to catch the eighth fastest man at the distance in the world this year, American Fred Kerley.

There were seven Jamaican victories at the meet.

Parchment edged Ronald Levy at the wire to win the men's 110m hurdles.

Parchment came home in 13.31 seconds, while Levy clocked 13.32. The two Jamaicans finished ahead of American Devon Allen, who clocked 13.38 for third place.

Nugent, who was born in Pennsylvania, USA, worked her way to the front in the home stretch and although pressed by her more fancied Jamaican teammate Russell, held on for a good victory in 54.67, which represents a season-best.

Russell, the 2018 Commonwealth Games gold medallist, clocked 54.89 for her second-place finish. Rhonda Whyte finished third in 55.23 seconds to round off a sweep of the podium places for Jamaica. American Ashley Spencer clocked 55.68 for fourth place.

In the women's 200m, Jamaica's Shericka Jackson was no match for Shaunae Miller-Uibo of the Bahamas, who scored a runaway victory in 22.11.

Jackson finished second in 22.62  and her Jamaican teammate Shashalee Forbes (22.86) crossed the line in third place.

Earlier, Jamaica's Natoya  Goule came with a strong stretch run to snatch second from American Charlene Lipsey in the women's 800m, which was easily won by American Ajee Wilson.

The 27-year-old Goule, who won the bronze medal at the 2018 Commonwealth Games on the Gold Coast in Australia, crossed the line in 2:00.66