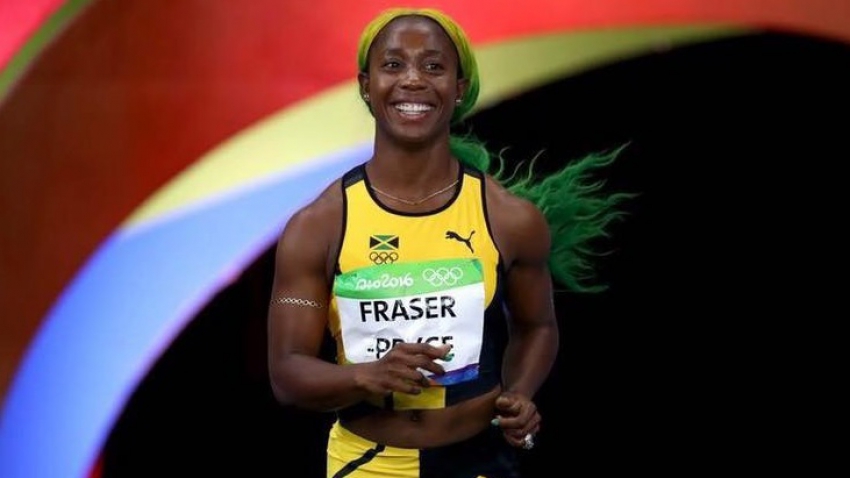 Shelly-Ann Fraser-Pryce finally broke the 11-second barrier this season to win the women's 100 metres on day one of the two-day IAAF Diamond League meet in London on Saturday.

The 31-year-old Fraser-Pryce showed she is far from a spent force.  The Jamaican did not compete in 2017 after giving birth and travelled to London with her young son.

The two rounds proved no problem for the 2008 and 2012 Olympic champion. She won her heat in a comfortable 11.17. In the final, she briefly trailed the second heat winner Dezerea Bryant of the USA, but stayed relaxed to move away over the final 20 metres and win in 10.98, her fastest time of the year, after entering the meet with the 73rd fastest time this season, an an 11.09-clocking she recorded on June 22 in Kingston.

Bryant was second in 11.04. Jonielle Smith, also of Jamaica,  improved on her 11.22 seconds first round time with a personal best 11.07 for third place.

Fraser-Pryce was the champion in the 100m at Beijing in 2008 and 2012 in London, but her reign as the queen of the event was ended by Thompson at the 2016 Rio Olympics.

The 28-year-old Blake clocked a season best 9.95 seconds but it was only good enough for fourth place in a high quality men's 100-metre field.

The event was staged over two rounds, with 11 entrants owning a sub-10-second personal best.

Ronnie Baker left the quality field in his dust to win. Baker, equal fastest man in the world this year, never looked ruffled. The US sprinter was quickest in the heats, winning his in 9.90. He then matched that time in the final, establishing a lead at 60 metres and holding it to win for the fourth time at an IAAF Diamond League meeting this year.

Behind him, five further athletes dipped under 10, Great Britain's Zharnel Hughes, Blake's training partner at Racers Track Club,  leading them for second in 9.93, a nose in front of South Africa's Akani Simbine, who finished third in 9.94.

In the heats, Blake also dipped under 10 seconds, clocking 9.99 for second place behind Hughes, who won in 9.97.

Shamier Little of the USA and Russell reprised their home straight duel from Lausanne. Olympic champion Dalilah Muhammad led through the first 200 metres, but coming off the bend it was Little and Russell who had positioned themselves best.

Russell held a slight edge but, as in Switzerland, Little showed terrific strength through the final barrier and prevailed with a dip, winning by 0.01 in 53.95. US champion Little moves to third in the overall Diamond League standings, behind Russell in second. Muhammad, who tired after her swift start but still finished third, remains top.

Jamaica's Ristanana Tracey, the bronze medallist at the 2017 World Championships in London, finished sixth in 56.07.

Abdalelah Haroun, produced a late burst to win the event in a personal best of 44.07. The Qatari looked out of the race coming off the bend, as first Kirani James of Grenada and then Allen held leads.

But Haroun, who earned world bronze in London last year, suddenly started motoring with 50 metres to go. Pumping his arms hard, he crossed the line with clear daylight to Paul Dedewo, who paced his lap well for a PB of 44.43. James, the Olympic champion here in 2012, was third in 44.50.

USA’s Paul Chelimo achieved a first win in an IAAF Diamond League race, showing a clean pair of heels to Ethiopian Yomif Kejelcha over the final 130 metres to win in 13:14.01.

JAMAICANS WHO WILL BE IN ACTION ON SUNDAY