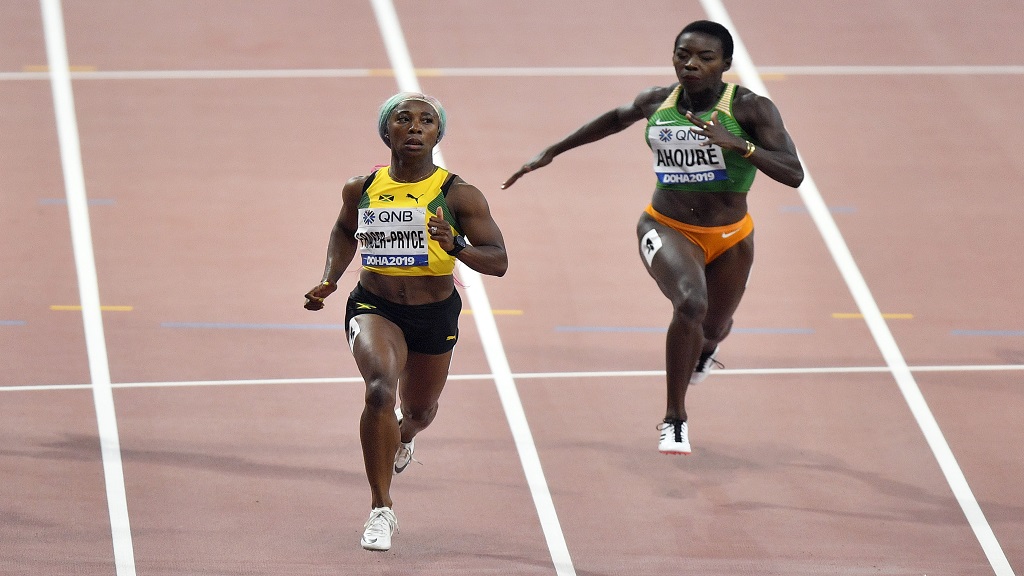 The last time Fraser-Pryce set foot on an indoor track was six years ago when she won the 2014 world indoor 60m title.

But the 33-year-old Jamaican looked at home at the Emirates Arena as she blasted out of the blocks and into an immediate lead, one which she held all the way to the finish to win in 7.16.

It was the second outing this season for 10-time world champion and double Olympic champion Fraser-Pryce – an athlete with the joint fifth-quickest 60m time in history with 6.98. She opened her season a week ago at the Milo Western Relays at GC Foster College at Angels, St Catherine when winning a specially organised outdoor 60m in 7.32.

Fraser-Pryce is on a high after returning to the track to win world gold in both the 100m and 4x100m last year in Doha following the birth of son Zyon in 2017. Her aspirations are now turning to Tokyo 2020 and a fourth consecutive Games appearance.

The men’s race was even more clear-cut. USA’s Ronnie Baker eased away from the rest of the field to win in 6.50, his fastest clocking since taking world indoor bronze in 2018. Compatriot Mike Rodgers was a distant second in 6.67, just 0.01 ahead of European indoor champion Jan Volko.

Jamaica's Julian Forte was no match for the field as he finished eighth and last in 6.81.