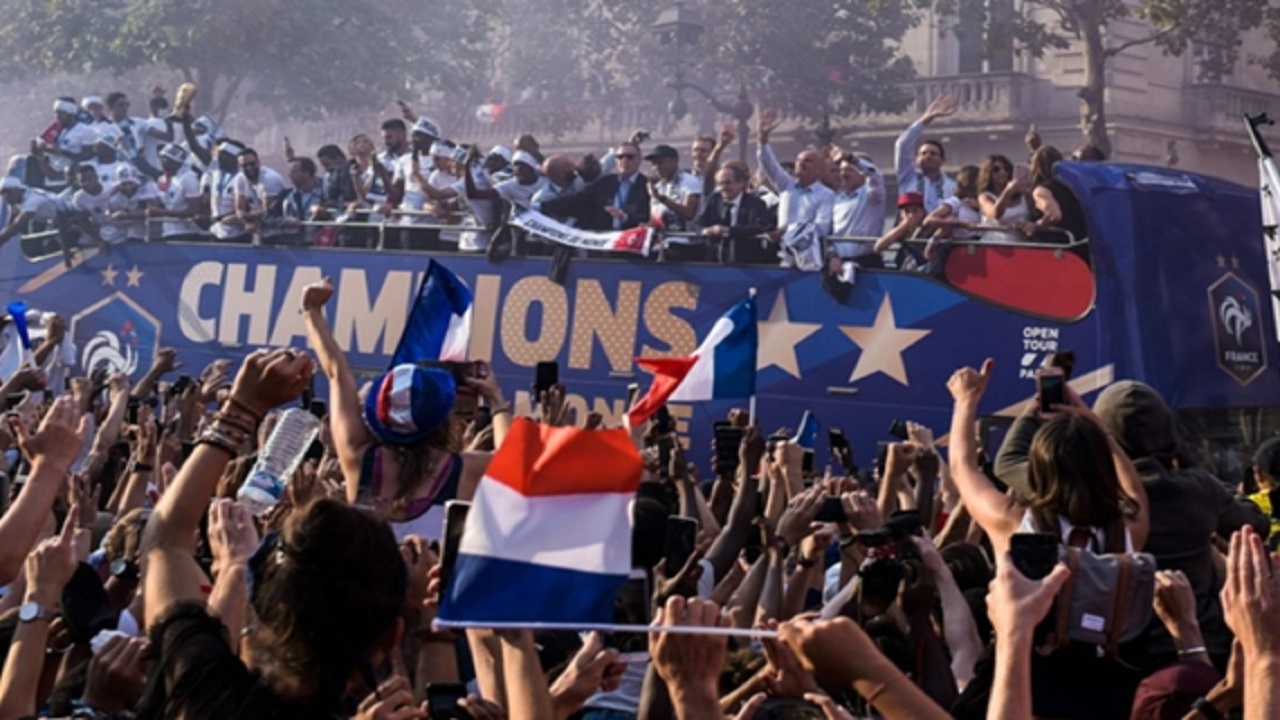 France's World Cup winners were treated like royalty by hundreds of thousands of supporters upon their return to Paris on Monday and have been promised the Legion of Honour award ahead of a presidential reception.

A 4-2 win over Croatia in Moscow on Sunday secured France their second World Cup triumph, sparking non-stop celebrations back home.

Supporters swarmed the Champs-Elysees, Paris' most famous avenue, after the game and saw their heroes projected on to the Arc de Triomphe, with more than a million people reported to have taken to the street in the area to celebrate through the night.

The France team set off from their Istra base in Russia on Monday morning and were greeted by swathes of fans at Paris' Charles de Gaulle airport upon landing – coach Didier Deschamps and bleary-eyed captain Hugo Lloris appearing first from the aircraft with the famous trophy.

Despite many of the Parisian population spending much of the night in delirium, they were still out in numbers for France's return and trophy parade.

In an open-top bus, France were taken through Paris with the trophy held aloft, the public screaming their adulation at their heroes as they were driven down the Champs-Elysees amid clouds of flare smoke.

Defender Presnel Kimpembe appeared particularly confident he was now untouchable, as he leaned especially far off the top deck of the bus, arm outstretched and clutching the trophy.

Their destination was the Elysee Palace, where they met with president Emmanuel Macron, who himself was joining in with the team's celebrations in Russia the night before.

Several metro stations around the city have been temporarily renamed after France's heroes, with their coach securing arguably the biggest coup with the Champs-Elysees stop renamed Deschamps-Elysees.

But that will not be the only tribute, as the office of Macron said on Monday that France's players will all be awarded the Legion of Honour, the highest recognition for "exceptional service" to the country.

Over 3,000 people are reported to be attending Macron's reception for the World Cup winners, including an estimated 1,000 youth players from football clubs across France.

Although 24 hours have passed since victory, France's celebrations have only just begun, with the squad and Macron getting things started with a hearty rendition of the national anthem - 'La Marseillaise' - on the front steps of the presidential palace.

From young Mbappe to aging keeper, the World Cup in records