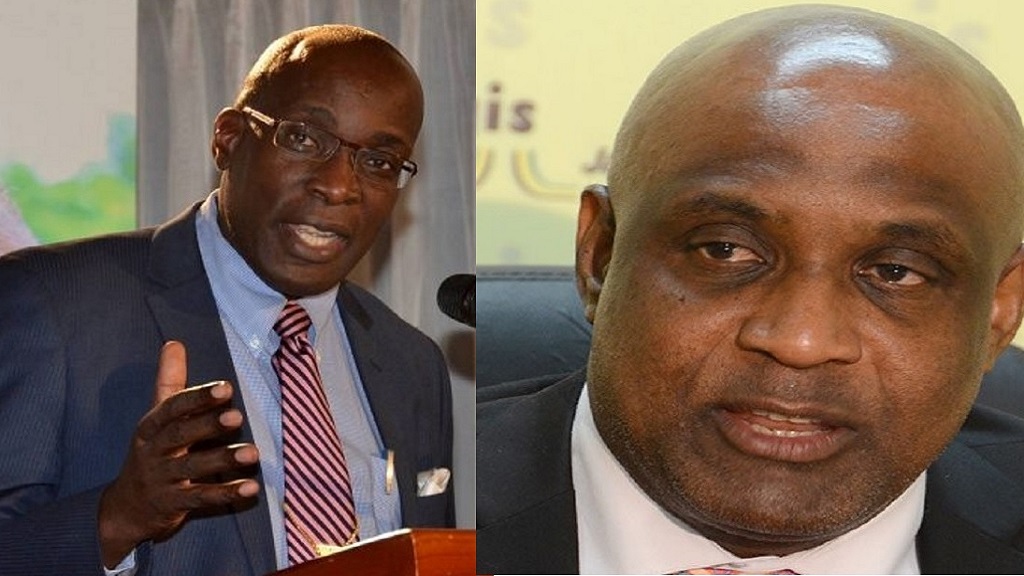 The raids came as part of a major development in a corruption scandal that has rocked the Jamaica Labour Party (JLP) Government.

Reports indicate that family members of Reid and a JLP functionary from the North West St Ann constituency - where Reid was the party’s caretaker, - have also been detained by the police.

A preliminary release from the communications unit of the Major Organised Crime and Anti-Corruption Agency (MOCA) on Wednesday morning said the Financial Investigation Division (FID), MOCA and the Constabulary Financial Unit of the Counter-Terrorism and Organised Crime Division (C-TOC) are currently conducting the operations at four locations in Kingston, St Catherine and St Ann.

“The operations, which commenced at 5am, targeted the main suspects implicated in multi-million dollar corruption and fraudulent schemes perpetrated at the Ministry of Education, Caribbean Maritime University (CMU) and other Government entities falling under the portfolio responsibility of Mr Ruel Reid, former Senator and Minister of Government,” the MOCA release stated.

The statement further said all the locations were being properly manned by police personnel, and the operations have been proceeding in an orderly manner.

An updated release from MOCA said: “This morning’s joint operations were in furtherance of the Financial Investigation Division (FID), Major Organised Crime and Anti-Corruption Agency (MOCA) and the Constabulary Financial Unit of the Counter Terrorism and Organised Crime Division (CTOC) investigations into allegations of corruption, fraud and misappropriation of public funds involving the Ministry of Education and the Caribbean Maritime University (CMU).

“Searches were conducted at four locations in St Andrew, St Catherine and St Ann, and a number of persons were arrested and taken into custody for further questioning. Additionally, several items were seized, including documents and electronic devices."

Reid’s arrest comes nearly seven months after he was fired by Prime Minister Andrew Holness on March 20, after allegations of corruption, cronyism, nepotism and the possible misuse of public funds at the ministry and some of its affiliated agencies, including the CMU, surfaced.

Reid also resigned his position as a Government senator at the time, and has for several months been under a criminal probe.

Shortly after his sacking, Reid’s College Green home in upper St Andrew was raided by the police, and in July news came from the Office of the Director of Public Prosecutions (DPP) that the key players in the corruption probe could have breached four criminal laws.

DPP Paula Llewelyn said there was also conduct that could have breached two common laws, as well as administrative breaches.

The information, which was contained in a 13-page document, was sent to investigators attached to the Financial Investigation Division (FID), who are leading the probe, and copied to Police Commissioner, Major General Antony Anderson.

Shortly after the scandal broke in March, Reid was sent on leave by the Board of Jamaica College, from where he was on leave as principal of the prestigious all-male educational institution since 2018. He had previously been on secondment from JC for two years after he was appointed to the Senate by Holness and put in charge of the education ministry in 2016.

Reid was sacked by Holness mere hours after allegations of corruption, nepotism and cronyism were made against him by the Opposition People’s National Party (PNP).

The CMU, an affiliated agency of the education ministry, has found itself at the centre of the scandal that brought down Reid. While the extent of the CMU’s involvement is not known, its president, Pinnock, in May dismissed assertions before a parliamentary committee that the university hosted Reid’s 50th birthday party aboard a luxury yacht in April, 2017.

Pinnock’s arrest comes just one day after he was forced to resume special leave after questions were raised on Monday by Opposition Leader, Dr Peter Phillips, about Pinnock’s quiet resumption of work at the university a week before.

He had been on a self-imposed leave of absence from the east Kingston-based university, starting in July, ostensibly in the interest of transparency, as investigations were ongoing at the institution.

On July 23, Minister with responsibility for education, Karl Samuda, confirmed rumours that had been circulating for months, that Reid’s wife, Sharen, was employed at the CMU as the Manager for Legal Affairs. She has been on the CMU’s payroll since July 2017. Samuda said she is a trained lawyer, but questions were subsequently raised about her qualification for the position.

All those taken into custody have reportedly denied any wrongdoing.