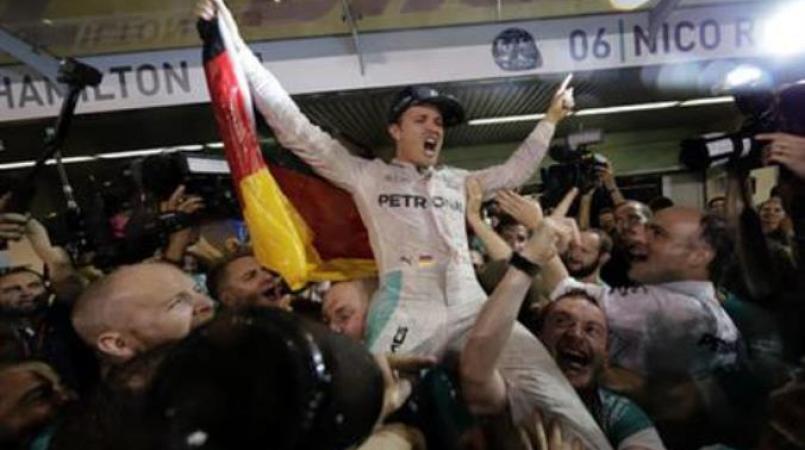 Rosberg said he made the decision on Monday, a day after finishing second at the season-ending Abu Dhabi Grand Prix to clinch the F1 title.

"I am on the peak, so this feels right," Rosberg wrote on Facebook.

He also of the difficulties he faced over a season that took a toll on people close to him: "It was a whole family effort of sacrifice, putting everything behind our target."

His Mercedes team said on its website that the 31-year-old German driver "will stop racing in Formula One with immediate effect."

Rosberg said it had been his dream, "my 'one thing' to become Formula One world champion. Through the hard work, the pain, the sacrifices, this has been my target. And now I've made it. I have climbed my mountain."

Rosberg, who won 23 races and 30 pole positions, said he began thinking of retirement after winning in Suzuka in early October, "when the destiny of the title was in my own hands."

"He has chosen to leave at the pinnacle of his career, as world champion, having achieved his childhood dream," Wolff said. "The clarity of his judgment meant I accepted his decision straight away when he told me."

FEATURED IMAGE CAPTION: This is a Sunday, Nov. 27, 2016 file photo of Mercedes driver Nico Rosberg of Germany as he celebrates winning the World Championship during the Emirates Formula One Grand Prix at the Yas Marina racetrack in Abu Dhabi, United Arab Emirates. Rosburg announced Friday, Dec. 2, 2016 that he will retire from Formula One racing.