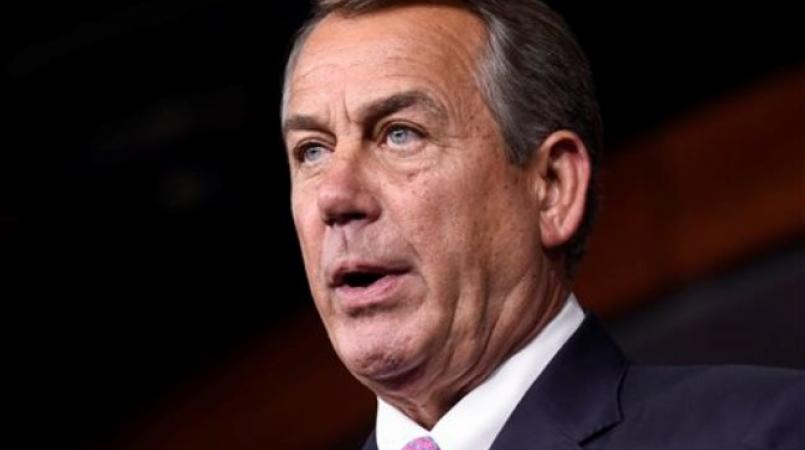 The Ohio Republican, who was forced out by conservatives in 2015, said he started laughing when he heard President Donald Trump and Republicans promise swift action on undoing and replacing the health law.

Congressional Republicans are "going to fix Obamacare — I shouldn't call it repeal-and-replace, because it's not going to happen," he said. "Most of the framework of the Affordable Care Act ... that's going to be there."

Boehner spoke at a health care conference in Orlando, Florida. His remarks were reported by Politico.

As speaker, Boehner promised numerous times to repeal and replace Obamacare in full, and even presided over a 2013 government shutdown aimed at taking money away from the law.

Boehner spokesman Dave Schnittger confirmed the accuracy of the remarks reported by Politico but said they omitted some context. He said Boehner is confident Republicans "will right the many wrongs of Obamacare, whether your preference is to call it a repair, a replacement, or something else."

"His point was that the process of doing it from start to finish will not be an instantaneous one, and I think that's already been borne out by recent developments," Schnittger said.

However, Boehner's comments seemed to strengthen the resolve of the House Freedom Caucus, the group of conservatives who caused him endless trouble when he was speaker. The group responded to Boehner over Twitter, saying: "We made a promise to the American people. The Freedom Caucus remains 100% committed to full repeal & replace."

They've had to defend their plans at raucous town hall meetings around the country this week, and a new poll out Thursday showed support for the law at a record high, with 54 percent approving and 43 percent disapproving. The poll was conducted by Pew Research Center Feb. 7-12 and has a margin of error of 2.9 percentage points. After years where more people disliked the law than liked it, it's been creeping gradually upward in popularity amid GOP attempts to dismantle it.