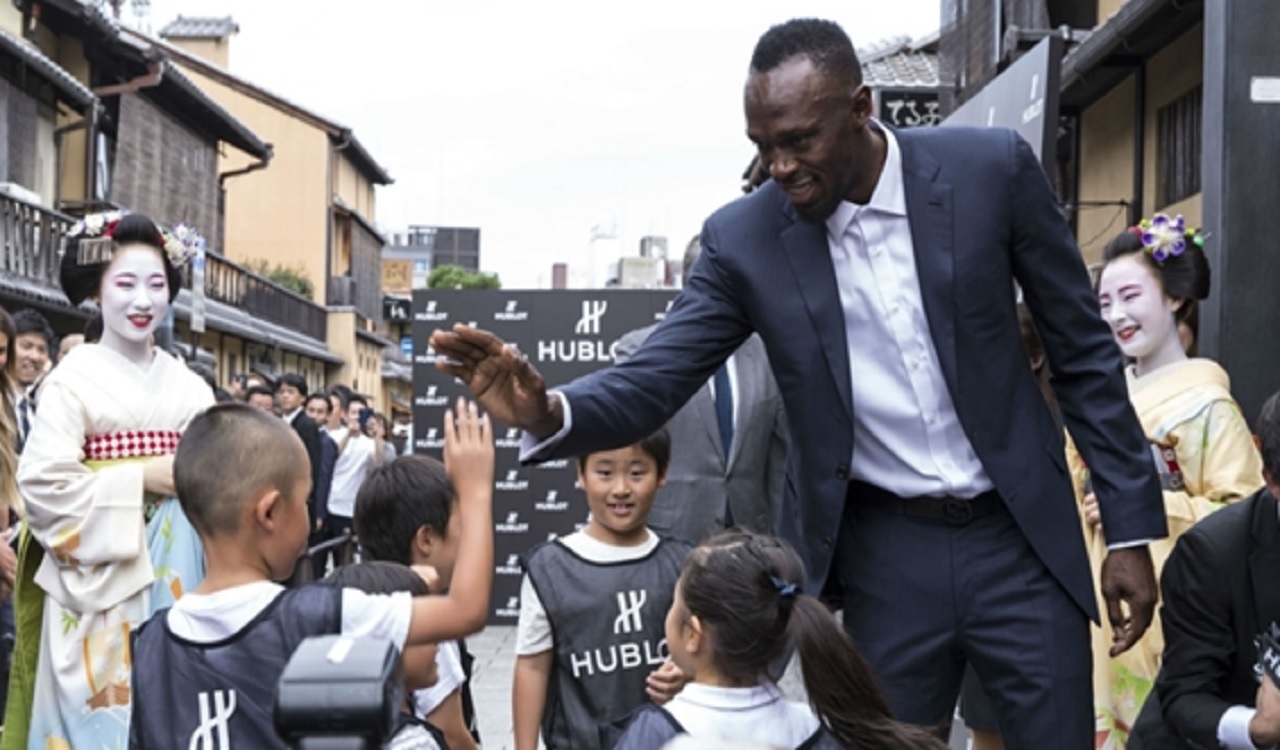 Usain Bolt at the opening of the new Hublot boutique in Kyoto, Japan.

Jamaican sprint legend Usain Bolt, who retired from athletics following the World Championships in Brazil in September, has moved up a spot on the list of the world’s most valuable athlete brands.

According to the latest list compiled by wealth magazine Forbes, Bolt’s earnings of US$27 million have shown an eight percent increase, which has put him ahead of the likes of Phil Mickelson, Tiger Woods, Virat Kohli, Lionel Messi and Cristiano Ronaldo.

Mickelson, who was listed in third position ahead of Bolt last year at US$28 million, has seen a sharp 30 percent decline in value, which leaves him fifth at US$19.6 millions.

Federer who claimed two titles in 2017 has seen a 3.3% appreciation in his brand value.  Messi the Barcelona and Argentina superstar has a value of US$13.5m, while Woods, who sits 6th on the list, has a current brand value of US$16.6m