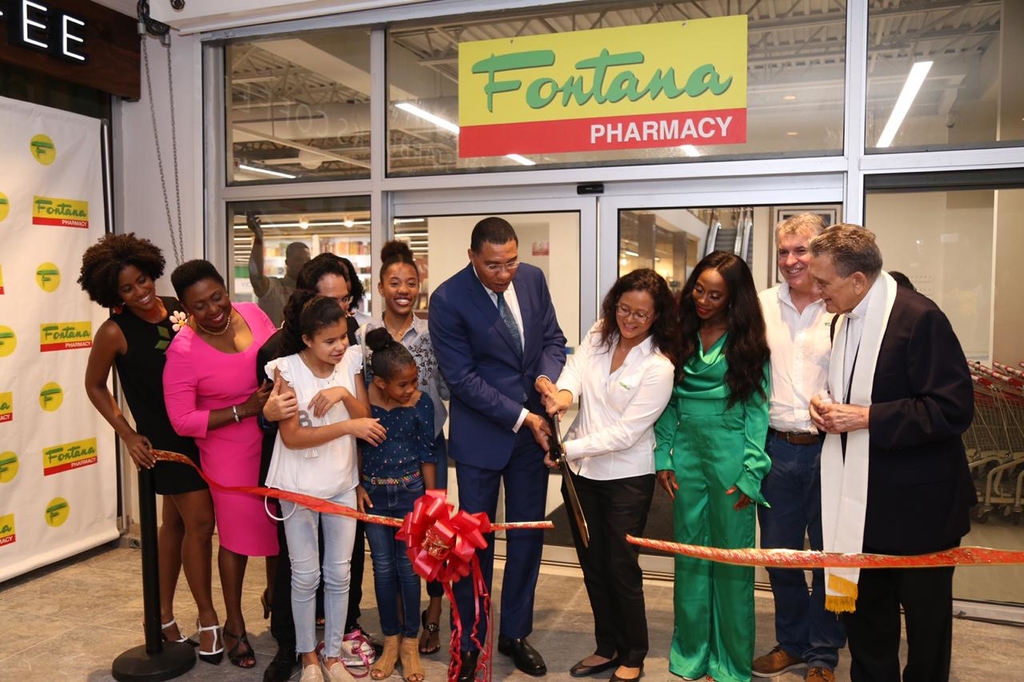 Fontana opened its sixth and largest in Waterloo Square, Kingston in October 2019 with a grand opening that saw Prime Minister Andrew Holness in attendance.

Pharmacy giant Fontana Limited is describing its December 2019 quarter as the most successful in the company’s history.

Revenues for the quarter were $1.398 billion, representing a 31 per cent increase over the $1.07 billion recognised in the corresponding quarter of the previous year.

In statements attached to unaudited financial statements for the quarter ended December 31, 2019, company chairman Kevin O’Brien Chang said: “the company recorded its most successful quarter in its over 50-year history of operations with the new Waterloo Square location surpassing planned expectations.”

Concurrently, operating expenses increased by 35 per cent to $379.9 million during the 2019 December quarter up from $280.6 million in the corresponding period of 2018.

“The increase was due primarily to the addition of the Waterloo Square location to our footprint,” Fontana said, noting that the grand opening, media launch, lease expenses, staff expenses and other associated costs account for the bulk of the increase.

Expenses were also impacted by the adoption of the new accounting standard on leases, IFRS 16, in July 2019.

Total assets at the end of the quarter stood at $3.324 billion, up from $1.959 billion in the comparative prior period, reflecting an increase of $1.365 billion or 70 per cent. This was due primarily to the increase in fixed assets for the new Waterloo store, as well as the impact of IFRS 16 where the value and liability associated with the right of use leased properties are now recognised on the balance sheet.

Chang also highlighted that Fontana was named the best performing stock on the Jamaica Stock Exchange (JSE) for 2019 with capital gains of 273.5235 per cent.

JSE charts indicate that the stock started in January 2019 in the region of $1.88 per unit.

Fontana, a pharmacy and retail chain has five stores in Kingston, Montego Bay, Ocho Rios, Mandeville and Savanna-La-Mar, opened its sixth and largest in Waterloo Square, Kingston in October 2019.

The 50-year-old company has expanded to include housewares, beauty and cosmetics, home décor, toys, electronics, souvenirs and other products.

Fontana, in a December 2018 initial public offering, raised $222.58 million which was invested in the new store and used to pay off high-cost debts.

Fontana profit up 85 per cent