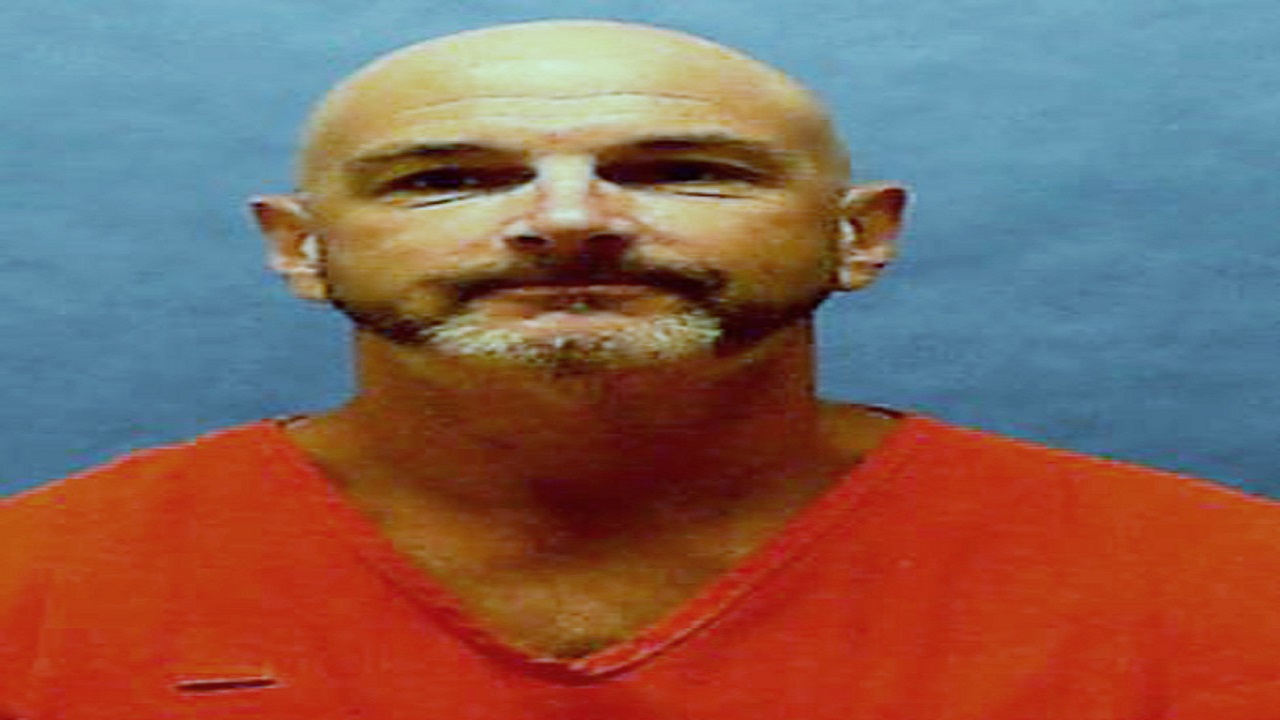 This undated photo made available by the Florida Department of Law Enforcement shows Patrick Hannon under arrest.

Florida is scheduled to execute an inmate Wednesday who was convicted of slashing one man's throat and fatally shooting another in 1991.

Patrick Hannon, 53, is scheduled to die at 6 p.m. by lethal injection at Florida State Prison in Starke.

He would be the third Florida inmate to be executed since August. The state resumed executions in August following changes made to its death penalty sentencing law, which now requires a unanimous jury vote for a death sentence.

The U.S. Supreme Court had found Florida's old sentencing law, which did not require unanimity, to be unconstitutional. However, the new sentencing law doesn't affect Hannon's case because the state's high court ruled that those decided before 2002 were not eligible for relief.

Hannon was convicted in 1991 of two counts of first-degree murder for the slayings of Brandon Snider and Robert Carter.

It was in January 1991 when Hannon and two other men went to Snider's apartment in Tampa.

Hannon's friend, Jim Acker, initially attacked Snider with a knife, according to authorities. Prosecutors said the attacks were motivated by Snider's vandalizing of Acker's sister's apartment. Snider was "eviscerated" by the initial stabbing, according to court documents, and Hannon sliced his throat, nearly cutting off the victim's head.

Snider's roommate, Robert Carter, was also home and fled the violence to an upstairs bedroom, where Hannon dragged him out from under a bed and shot him six times, the jury found.

Hannon's jury recommended death unanimously after finding him guilty of both killings.

His requests for a halt to his execution to the Florida Supreme Court have been denied. Hannon had asked for a new sentencing phase, citing recent changes to Florida's death sentencing system.

Florida Supreme Court Justice Barbara Pariente, who dissented from the rest of the court, wrote that the jury was not given enough information to make an informed decision in Hannon's sentencing phase. "Hannon's jury never heard the substantial mitigation that could have been presented if his counsel had performed a reasonable investigation," she wrote.

Hannon filed a request with the nation's high court for a stay of execution, on which the court has not yet ruled.

He met with his wife for his final visit and ate a meal of beef short ribs, bacon, potatoes, and ice cream, Glady said.