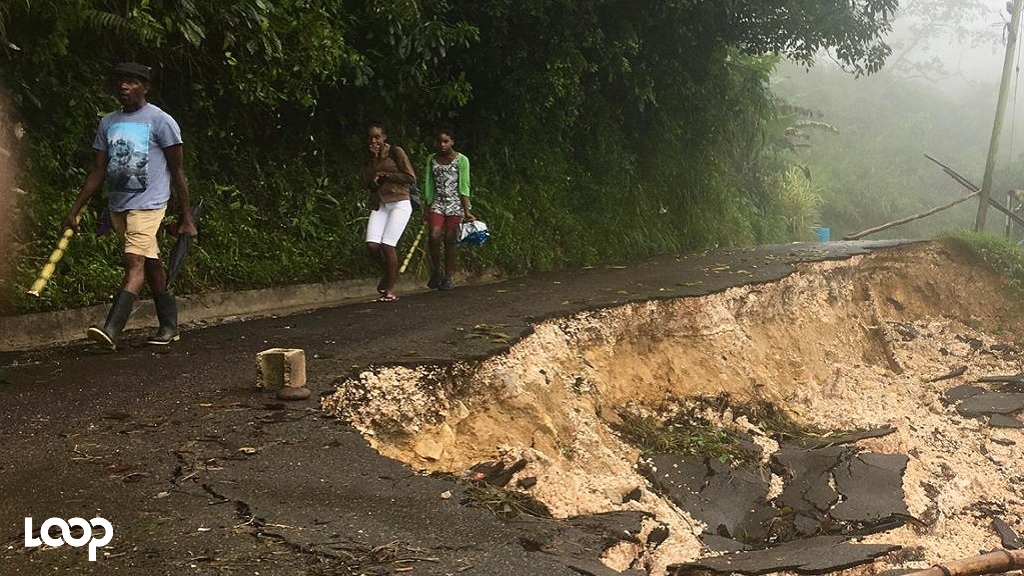 With billions of dollars spent to build roads and with billions more to be spent to effect repairs as a result of widespread damage caused by persistent rains over recent weeks, People's National Party (PNP) Member of Parliament (MP) Julian Robinson says it is of critical importance that an Opposition MP chairs the Infrastructure and Physical Development Committee.

The Infrastructure and Physical Development Committee is one that would normally be tasked with examining such matters. However, it is among four sessional committees of the Parliament for which the governing Jamaica Labour Party (JLP) surprisingly resumed chairmanship following the September 3 General Election which it won in a landslide over the PNP.  The other committees for which the government has retaken chairmanship are the Economy and Production Committee, Internal and External Affairs Committee and the Human Resource and Social Development Committee.

The move by the Andrew Holness-led Administration to retake chairmanship of these committees is a break with a 13-year-old convention started by former JLP leader and Prime Minister Bruce Golding in 2007. Golding, in what was deemed to be a far-reaching move, said all such committees should have an Opposition chair in the interest of transparency.

Speaking with Loop News recently, Robinson said: “The problem we have is that they (the JLP) have a huge majority in the Parliament, they’ve just won a general election and frankly it’s almost as if they’re immune to the criticism from not just the Opposition but from key civil society players who all believe that this is a backward step in terms of governance that you’ve taken back these committees.

“If you take the Infrastructure Committee, for example, which they’re saying is not one of the critical committees, if you look at what happened two weeks ago with the heavy rains and what happened over recent days with the rain…it must be noted that billions of loan money that was used to build these roads have to be paid back. Billions of dollars in loan money and in one big rain the roads mash up. There’s been no drainage projected for these roads. How can you build major roads without planning for drainage?” Robinson argued.

He stated that “Infrastructure is one of those committees that would need to hold the government to account but it is being chaired by a government member with no possibility of that happening.

“What is more critical right now, the road repair bill is going to run into billions of dollars and who’s going to be held accountable for all the money that was spent over the past couple of years building the so-called carpet (major roadways) that has evaporated in the heavy rains?” Robinson said.

He insisted that this is an example of why it is important for an Opposition member to chair a committee like Infrastructure, particularly at a time like this.

The prime minister, in a statement in the House of Representatives two weeks ago, pointed to $2 billion in preliminary damage to the road infrastructure caused by heavy rains. It is expected that the figure will rise exponentially, following weekend rains that resulted in more widespread flooding, washed out roads and bridges and extensive landslides. Many Jamaicans also suffered flood damage to their homes.

When he addressed the House on October 27, Holness stated that despite rumours circulating in the public space, he had been informed by the National Works Agency that based on inspections and field reports that the agency had conducted, none of the recently completed major projects were adversely affected by the heavy rains. These include Constant Spring Road, Hagley Park Road, Barbican Road and Camp Road.

Still, Robinson is pointing to a kind of “creeping arrogance” from the government whenever the Opposition raises critical issues in the Parliament.

And on Saturday, the newly-elected President of the PNP, Mark Golding, commenting on the refusal of Holness to reconsider the decision to retake chairmanship of the sessional committees said: “He has been a little stubborn in retracting it but he will pay a price for that because people don’t like arrogance in power and he has acted arrogantly with that one”.

Golding promises to keep Gov't on its toes, accuses PM of arrogance