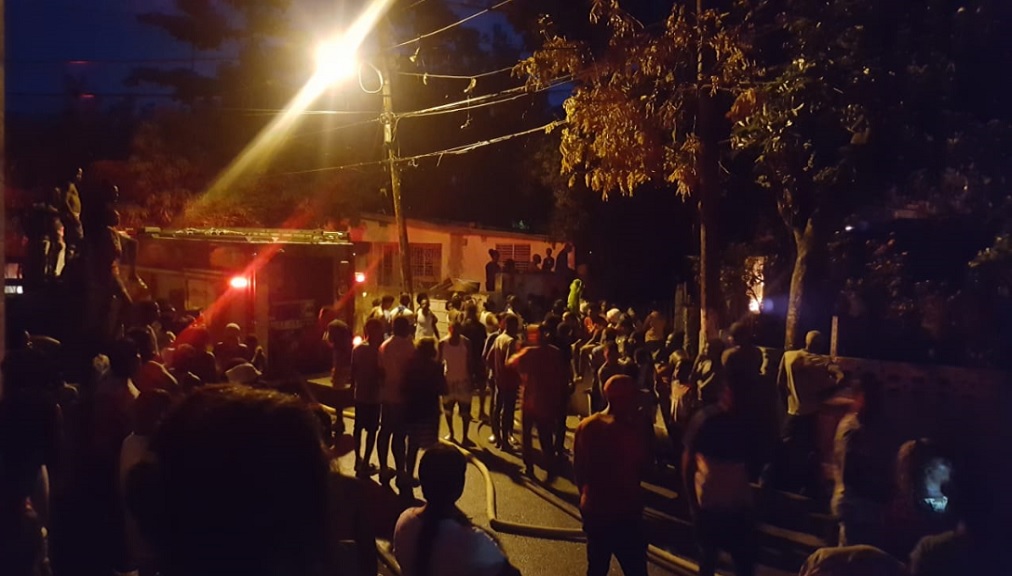 Five persons, including two young children, are now homeless after a fire completely razed their home at Oddman Lane in the community of Grants Pen in St Andrew on Monday evening.

Residents of the community told Loop News that the fire broke out after 5:00 p.m., and quickly spread.

“We try we best but we couldn’t save the house. The fire spread quick, quick and almost catch another house. We haffi fight and fight it to save the next house,” said one man who was covered in soot.

Their fight was made harder due to a lack of water. The man said residents used sand and what little water they could find to keep the fire from spreading to other properties.

About an hour after the fire started and when the building was completely gutted, a unit from the Trench Town Fire Station arrived, much to the chagrin of the residents.

Their anger further boiled when a number of vehicles blocked the truck’s path into the narrow lane and further delayed the firefighters from carrying out cooling down operations.

One man, who lived at the house, was seen sitting on a sidewalk some metres away from the scene crying softly as he gulped down some alcohol.

“Poor soul, him lose everything,” one woman said.

The cause of the fire has not yet been ascertained by the Fire Department.

Video: Fire brigade gets over $30 million boost from US Embassy