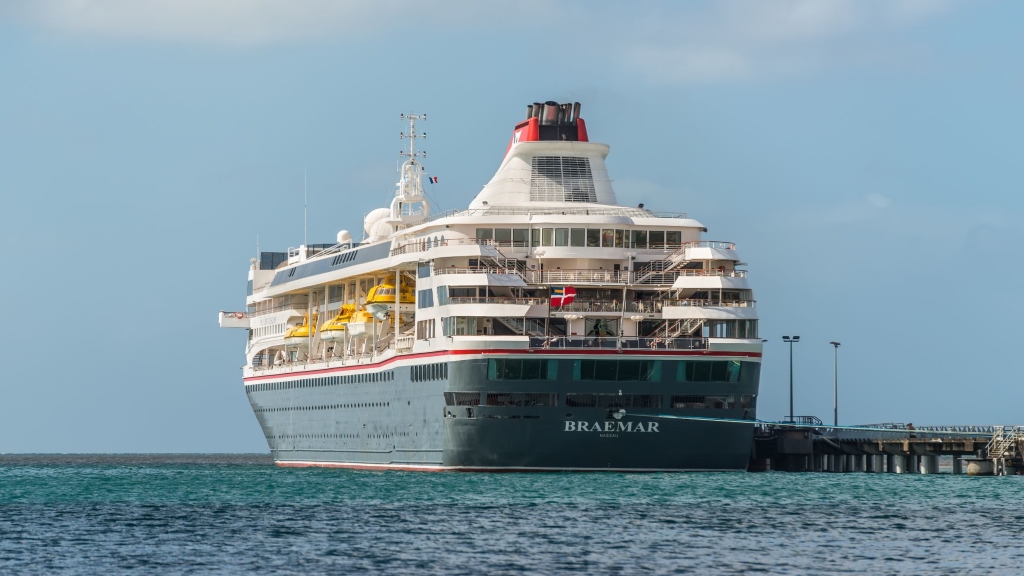 The MS Braemar cruise ship, which docked at Port Royal in Kingston on March 4, has disclosed that it has five people on board who have tested positive for the novel coronavirus (COVID-19).

Late last week, officials in The Bahamas refused to allow the ship to dock there due to the infections. Officials in the Dominican Republic and St Maarten also denied the vessel entry into their ports, leaving the ship, which is carrying 1,128 passengers and 384 crew members, stranded at sea.

Fred Olsen Cruise Lines, which owns the Braemar, reported in a statement that four passengers and one crew member aboard the ship tested positive for the virus.

On March 9,  health authorities in Alberta, Canada revealed that the province’s seventh patient with COVID-19 was a woman who had returned to the country after a Caribbean cruise on the MS Braemar.

The ship docked at Port Royal - Jamaica’s newest cruise port – on March 4. However, it is not known whether any of the infected persons was among the passengers on that trip.

In response to a Loop News query, a communications officer of the Port Authority of Jamaica indicated Friday that tours into Kingston from the Braemar on March 4 were cancelled because the passengers disembarked late. However, it was revealed that the passengers spent around two hours in the port itself, before going back on board around 3 pm. Asked if they visited the sunken city sites and restaurants in the port, the officer said she had no more comments.

The Ministry of Health and Wellness has so far not commented on the visit.

On Thursday,  the Bahamas’ Ministry of Transport said its decision not to allow the ship to dock “is based on consideration for the protection of the health and safety of the Bahamian people and residents of The Bahamas.”

As of Saturday, there were no suspected cases of COVID-19 in the Bahamas. Two British Government officials were granted permission to enter the country to assist the UK’s High Commission in Freeport, Grand Bahama with ensuring medical supplies reach passengers aboard the vessel.

MS Braemar sails under a Bahamian flag but the Government said refuelling and replenishing of supplies will take place 25 miles out at sea in the Northern Bahamas. The vessel will leave Bahamian waters once the exercise is completed.

The cruise, which was due to end Friday, traversed through the western Caribbean and Central America to Barbados, but changed course after it was refused entry in that eastern Caribbean island, and headed for the Bahamas.