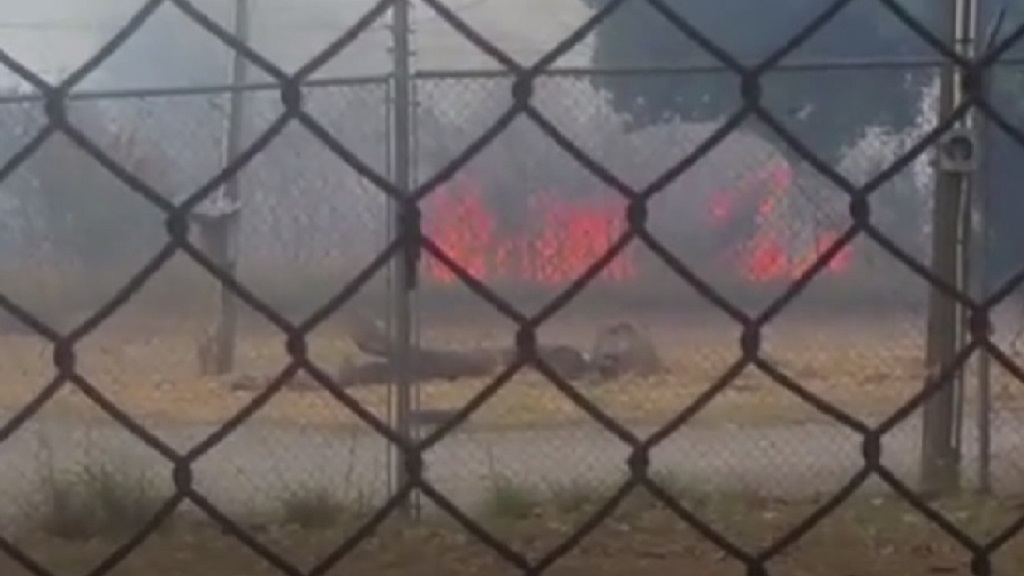 The fire sweeping across a section of the Kings House grounds on Thursday afternoon.

Police say the fire that broke out and quickly spread across more than five acres of the Kings House property in St Andrew on Thursday, may have been the work of arsonists.

“The full cause of the fire is not known as yet, but we have heard several claims, one of which is that unscrupulous persons may have started the blaze," said a police officer close to the matter.

The police source said while they have not confirmed the information, they are not dismissing the reports, and are looking at all angles.

He made the comment after firefighters spent close to three hours trying to extinguish the blaze that destroyed land space that was estimated to be equivalent to five soccer fields.

Reports are that about 2:00 p.m., persons passing the area saw the blaze on the property and alerted the authorities.

Three fire units - two from the Half-Way Tree station and one from Trench Town - responded to the fire that was observed generally at a section of the grounds near to Jamaica House Basic School on the bordering state property.

Teachers at the educational institution said the blaze did not affect the school’s operation, as it occurred after classes were dismissed for the day.

However, smoke inhalation issues were evident on the location of the school, as some teachers were seen covering their noses.

The police said the development did not seriously affect activities at offices on the state properties.