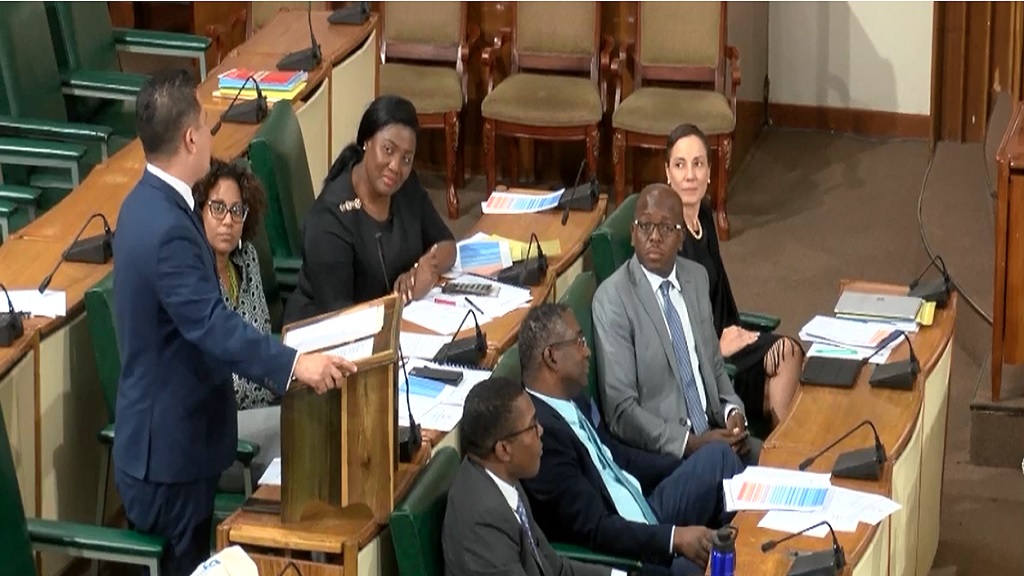 In his contribution to the State of the Nation Debate in the House recently, Senator Samuda said generating increased fish yields was a national priority, from the environmental as well as socio-economic perspectives.

Government Senator Matthew Samuda says that the country will need to move swiftly to re-examine and implement new biodiversity areas, particularly in respect of the fisheries sector.

In his contribution to the State of the Nation Debate in the House recently, Senator Samuda said generating increased fish yields was a national priority, from the environmental as well as socio-economic perspectives.

"Consumption of marine protein helps to lower our carbon footprint, improve the nutrition of our people, and reduce imports,” he said, adding that it was critical to improving the size of the fish being caught as well as the overall numerical total of the fish yields.

Senator Samuda said that part of the reform process would include imposing restrictions on some fishing activities. Making reference to a prior motion planned regarding the implementation of a closed season on parrot fish, Samuda told the house that the relevant research had now been completed, and that he had also visited 11 fishing villages across the island in a bid to better understand the position of the fishers.

Concerning funding the reform process, he said there was pending an amendment to previously passed legislation that will allow the Government to access additional international funds to support the fisheries reform process.

The emphasis on fisheries, Samuda said was extremely well placed, given the socio-economic factors.

“this not just an environmental issue that is good to talk about; we have over 17,000 registered Jamaican fishermen, many of whom live below the poverty line,” he said, adding “we have a responsibility to get this area correct, and we cannot get it right without approaching the environmental issues.”

No delay in phase 2 of plastic ban - Samuda