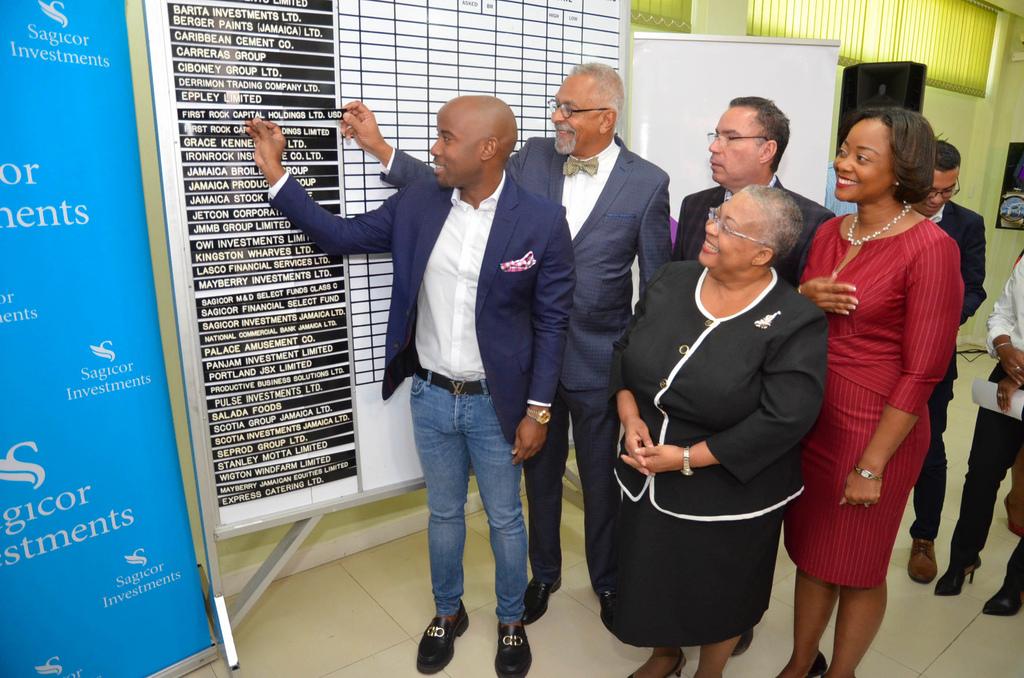 First Rock Capital, led by CEO Ryan Reid listed on February 21 after raising US$9 million class A shares and J$580.84 million Class B shares via its Initial Public Offer (IPO).

Shares in First Rock Capital Holdings Limited, the start-up investment firm declined on Tuesday but the volumes are thin and it's set to open higher on Thursday.

The stock dually listed on the US dollar and Jamaica dollar indexes, both declined by 17 per cent to US$0.10 and 6.8 per cent to J$14.88 respectively.

First Rock was listed on Friday, it raised US$9 million class A shares and J$580.84 million Class B shares which was oversubscribed with 2,501 shareholders participating in the Initial Public Offer (IPO).

Both listings put the figure at some US$13 million in total raised.

The Jamaica Stock Exchange JSE Combined Index declined by nearly one per cent on Tuesday to close at 477,994.67 with more stocks tumbling than rising.

First Rocks seeks to raise over $1b from January IPO