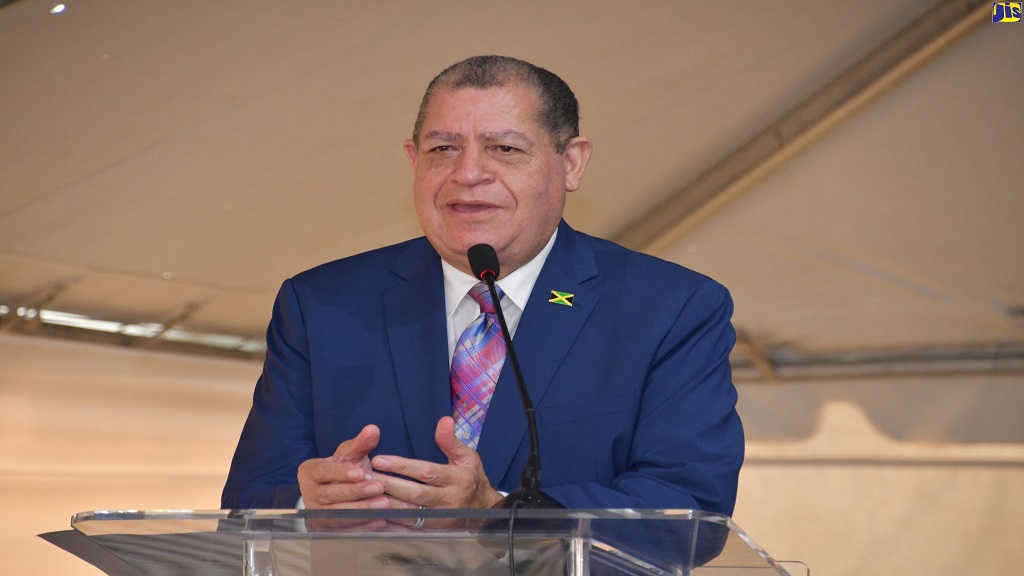 Industry, Commerce, Agriculture and Fisheries Minister, Audley Shaw, says the decision by the principals of First Rock Capital Holdings Limited to offer shares in the firm’s operations to the public is indicative of their confidence in Jamaica’s economy.

He contended that their confidence and, by extension, that of other interests across the society has been and continues to be spurred, to a great extent, by the outcomes of several key macroeconomic indicators.

Notably, the Minister said, is the extent of “unprecedented” growth being recorded; increased employment and a commensurate reduction in unemployment to a record low 7.8 per cent; and significant debt reduction, down from 145 per cent of gross domestic product to 93 per cent.

Mr Shaw was speaking at a First Rock IPO investor briefing at 5 Seaview Avenue in St Andrew on January 9.

First Rock, a real estate and equity investment firm, is looking to raise US$12.3 million ($1.6 billion) from its Initial Public Offering (IPO), which opens on January 13 and runs until January 31.

Sagicor Investments will act as the arranger and lead broker, with Sygnus Capital the preferred co-arranger.

Mr Shaw, who praised First Rock on its involvement in real estate which he noted is one of the leading growth-inducing sectors, described the firm’s IPO investment opportunity as a “source of inspiration”.

Mr Shaw said the extent to which confidence in the economy continues to grow is evident in the feedback already forthcoming to the IPO, noting that “we have seen [the] level of interest that has developed [in] your initiative, even before you have gone public”.

The Minister said, however, that while “tremendous and new goals” are being achieved in the economy, there is a need for higher levels of productivity to sustain and heighten these.

“We have to improve the productivity of the country so that our workers can get a better paycheque that can enhance their own wealth in a [meaningful] way,” he argued.

First Rock will use the funds raised from the IPO to acquire several additional properties in Jamaica and the region.

The firm already owns properties across the island, Costa Rica, and the United States.

The entity recently recorded a US$218,000 net profit from six months of operations.

New US bill can pave the way for correspondent banking - Shaw

GIVE THE YOUTHS A CHANCE! Shaw bats for skills training support