Everald Morgan, the second winner of a Wassy Motorcycle in the First Global MoneyLink ‘Winning Right Now’ Christmas promotion, lets the world know he’s winning as he sits atop his new bike.

First Global (FG) MoneyLink recently turned many citizens into winners with its ‘Winning Right Now’ promotion, alongside Agent Sasco with his popular song of the same name.

Hopeton Gayle of Kingston, Everald Morgan of St. Elizabeth and Maridona Mitchell of St. Elizabeth each were winners of 2017 Wassy CG150 Motorcycles, in addition to the safety helmets required by law. 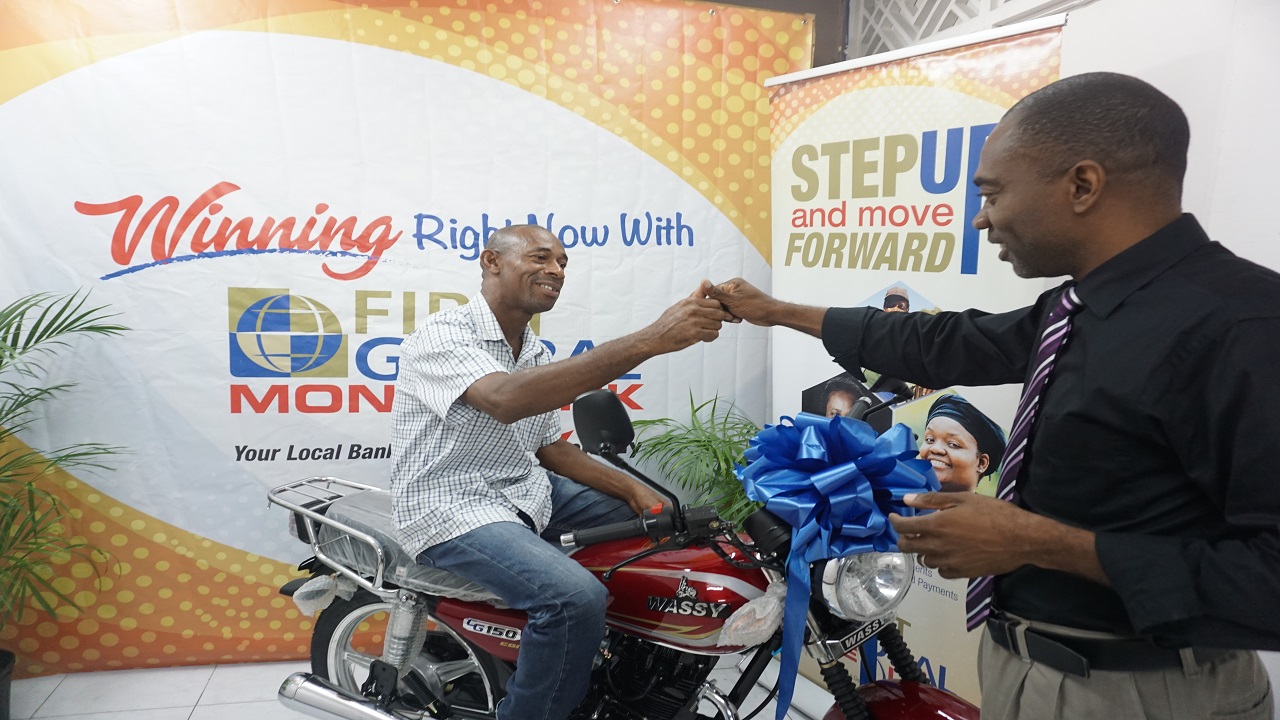 Marketing and Communications for First Global Bank. “It was a joy to see normal Jamaicans winning in their everyday lives. One of the contestants opened his account to save towards buying a bike, and he actually won a bike. It just goes to show how powerful a positive mindset can be and that we are all winners.”

All contestants were automatically entered into the ‘Winning Right Now’ promotion when they opened accounts with a minimum initial deposit of $1,000 or made deposits during the competition period. 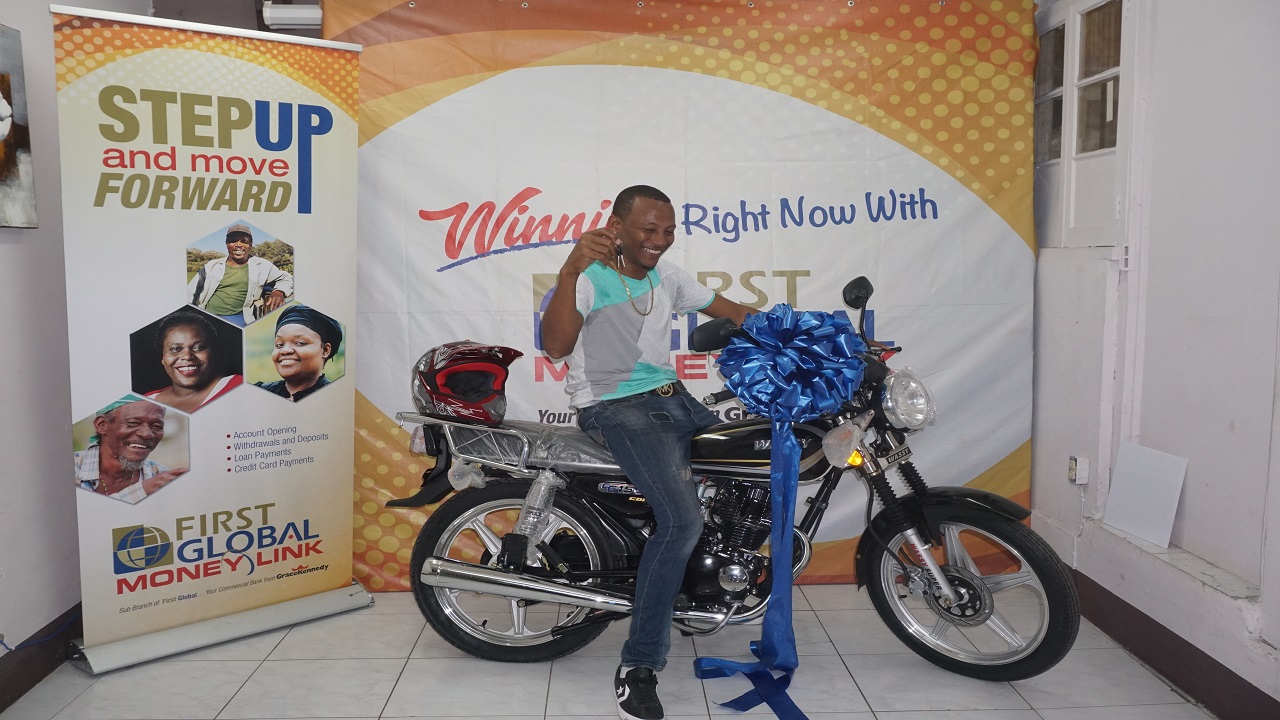 Maridona Mitchell jingles the keys to his new bike on.

FG MoneyLink locations serve as mini-branches of First Global Bank (FGB) and have made banking easier and more convenient for all Jamaicans. The mini-branches allow customers to make withdrawals, deposits, credit card payments and access loans, without having to enterany of the main banking outlets.

As the “local bank from GraceKennedy”, FG MoneyLink currently has locations inside sister company, GK Money Services locations (home of Western Union) in Cross Roads, Kingston, and Main Street in Santa Cruz, St. Elizabeth. A roll out of other FG MoneyLink outlets will follow. 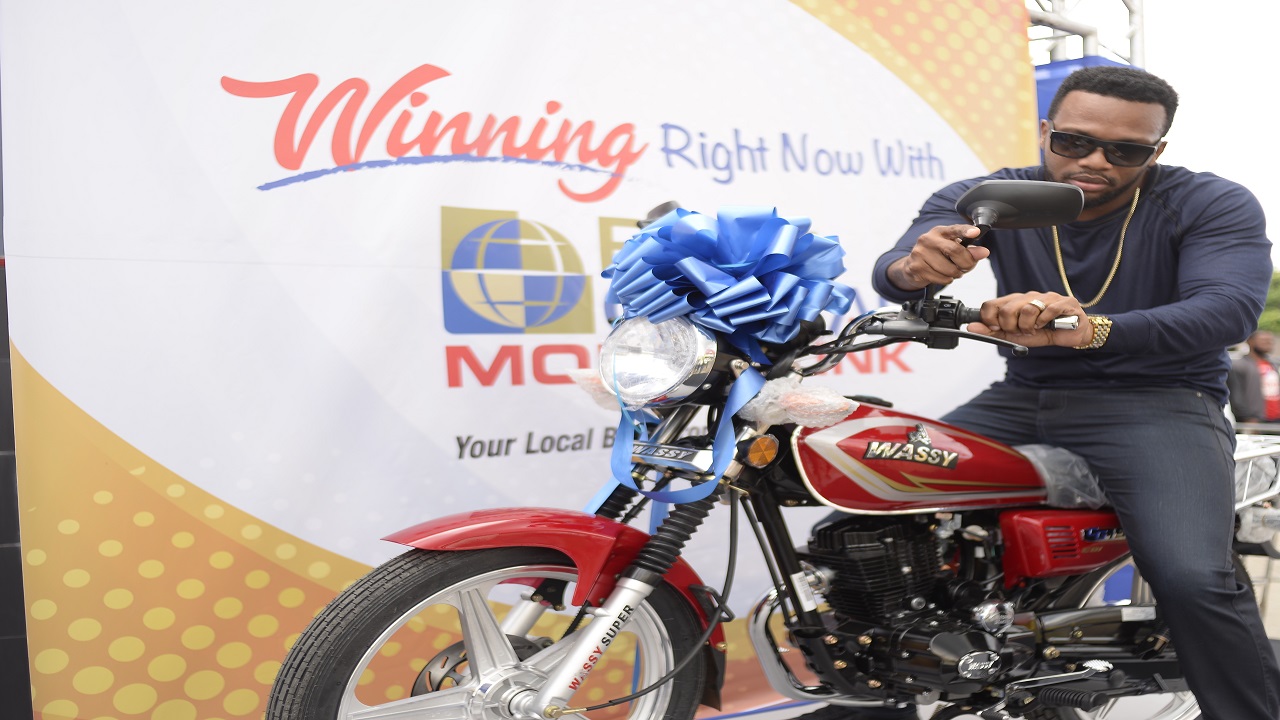 FGB continues to move forward as one of Jamaica’s most trusted and innovative commercial banks, proudly serving Jamaicans as part of the GraceKennedy Group.