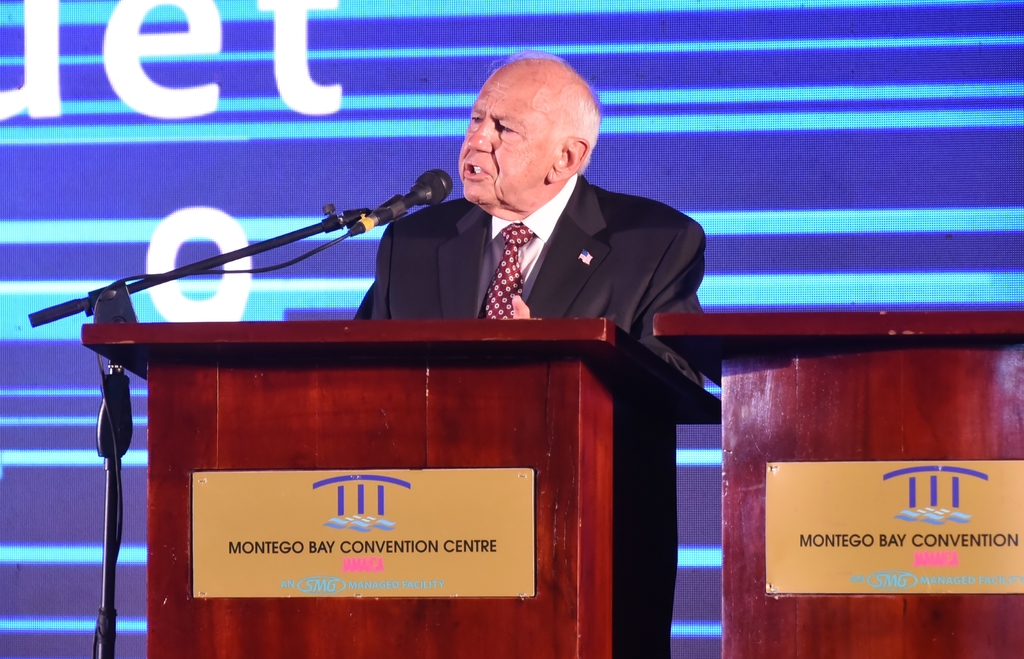 US Ambassador to Jamaica Donald Tapia

United States Ambassador Donald Tapia says many Jamaican companies are not utilising the benefits being offered by the Caribbean Basin Initiative (CBI) and are paying more in export duties as a result.

He added that the United States Embassy stands ready to assist in that regard.

“Through the CBI programme, the United States Government offers trade preferences that Jamaican companies, both large and small, can use to export their products duty-free into the United States,” Tapia pointed out.

“However, many companies don’t get the full benefits from the CBI because they don’t fill out the one-page customs form to get their duty fees refunded. As a result, they pay five to 20 per cent more than they should export their products to the United States.”

The US Envoy also pointed out that the Embassy team as well as visiting US government officials from Washington have also been assisting Jamaican companies to scale into the US market, adding that large companies such as Grace Kennedy and Jamaica Broilers have invested a great deal in plants, farms and distribution centres throughout the United States.

“Furthermore, there are over 5,000 products covered under the CBI. But while countries such as Haiti, Trinidad and Tobago, and Leather goods Guyana export millions of dollars of apparel, leather goods, mineral fuels and oils to the United States, Jamaica uses primarily just for agricultural products.”

Tapia said the United States is actively involved in helping Jamaica grow and diversify its economy, urging local entrepreneurs to broaden the range of export products so they can “take advantage of the CBI as much as other countries in the region.”

He added that both US companies and the US Government are assisting Jamaican companies to lower electricity costs through financing energy infrastructure and providing alternative energy sources through Liquefied Natural Gas (LNG), wind, and solar power.

“With lower energy costs, more companies will want to invest in Jamaica and look to sell their products throughout the world," Tapia further added.

In the meantime, Chamber President Janet Silvera, for her part, said that despite all the challenges, Montego Bay has emerged as “the shining beacon on the hill” and a real asset to Jamaica’s growing economy.

“I can say without any fear of contradiction that nothing of significance can take place in this country without Montego Bay having a voice at the table,” she beamed.

Scores of persons turned out for the banquet which saw prominent businessman and major landowner Mark Kerr-Jarrett inducted in the Business Leaders Walk of Fame.

Dignitaries, corporate execs get to know Tapia at welcome reception