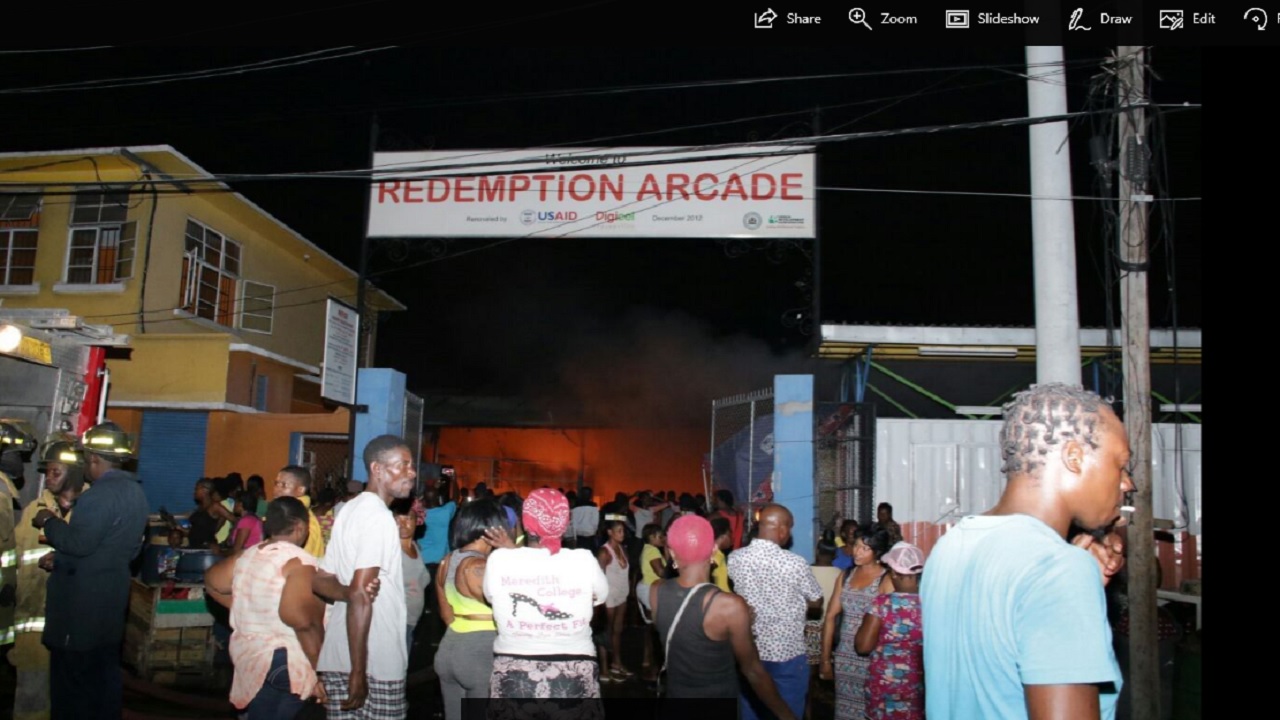 Vendors gather at the front of Redemption Market

Fire of unknown origin broke out late Monday at Redemption Arcade in downtown Kingston destroying shops of approximately 150 vendors and millions of dollars’ worth of goods and other items.

Reports are that close to 11:00pm, persons doing business in the market district saw smoke coming from the facility and raised an alarm.

Fire fighters, who responded to the call, spent more than an hour trying to bring the fire under control.

Despite the quick action of fire fighters, majority of the market was destroyed.

The sight of the destruction Monday night left hundreds of vendors in shock and despair.

“Have mercy on us father God, why father why,” Alphea Whyte, a vendor who plies her trade at the facility, screamed when she saw the extent of the damage.

The vendor broke down in tears as she made the comment.

“Right now me gone back a square one all of me goods and me earnings gone nothing no save,” said Whyte.

Another vendor Alton Smith stood with his hands on his head and fought hard to hold back the tears as he watched the fire fighters trying to extinguish the fire.

“Somebody hold me a weak, all of my earnings, millions of dollars’ worth of goods gone, everything burn up,” said Smith, his voice trembled as he spoke.

Natalia Britton, a mother of two, could not hide her emotions.

“Based on what me see it look like all of the market burn to the ground nothing me no save is just the other day me get burn out and a try again,” said Britton.

Britton said what made the situation unbearable was the fact that the fire took place at time when a lot of the vendors were just returning from China with their goods and were preparing to catch the summer and back to school sale.