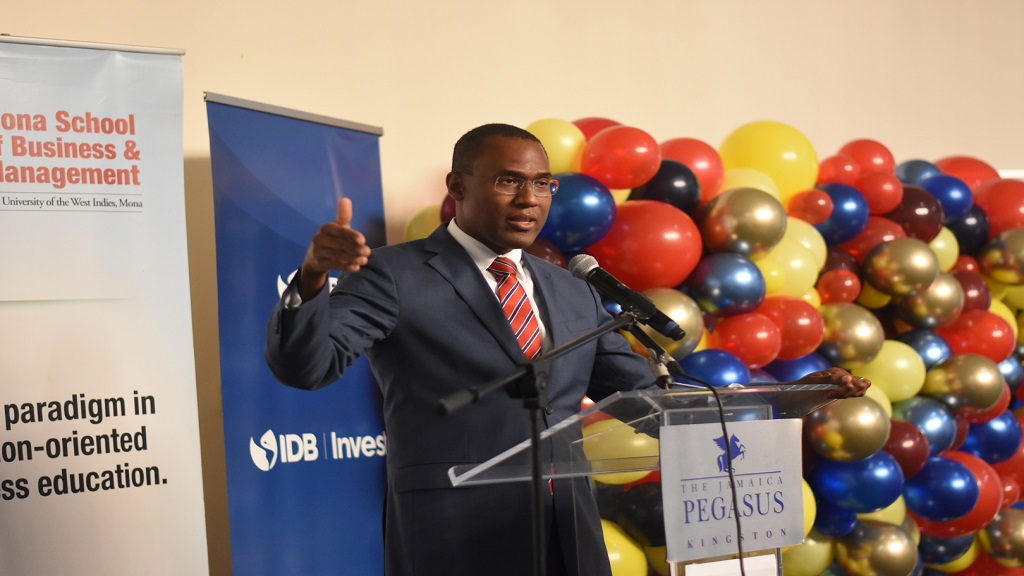 Minister of Finance Nigel Clarke has challenged the University of the West Indies (UWI) to turn research into a profitable venture and help grow Jamaica’s economy.

According to Clarke, although Mona has 20 of the 25 international patents that the UWI has, the institution has not used the research material to earn. He said that the situation must change.

He said, "with all countries that fly on entrepreneurship, there is a great degree of innovation that comes from their research institutions. Now Jamaica has research.

"We have international patents. Now the question is, how many of them have been commercialized and have been able to make money?

There is one thing to have the brainpower and the tenacity to develop the research and go through the complicated process of registering an international patent and having intellectual property, but the next stage is to be able to commercialise that research, the finance minister said.

According to Clarke, with the government being fiscally prudent, resulting in economic stability, growth will be dependent on other factors.

One of the areas, he said, will be the government assisting universities in the country with research funding, in an effort for the island to become an innovative beacon.

Clarke said the government is presently negotiating with the Inter-American Development Bank (IDB) through the Development Bank of Jamaica (DBJ) to determine how research by the Mona campus of the UWI can be commercialised.

“The engagement with the IDB is going to help us with the technical resources to build the capacity for commercialising of research and these things normally come with loans, so they lend you money and then you have the consulting with it."

At Cambridge University, for example, Clarke said that the institution has in its environs, 4,600 companies in the knowledge space, employing 60,000 people that includes research associated with the voice recognition innovations that are a part of Siri in Apple and Alexa in Amazon.

He said that recently, Cambridge University came up with the gene-sequencing technology, which was turned into a company and then sold for US$640 million to an entity in the US, which is now valued at US$50 billion.

“So I want the UWI to think of that Cambridge University example as the vision for what we should strive to achieve in Jamaica over some time, but starting at someplace, starting now, starting today."

According to Clarke, the government help in funding research for commercialisation will be transparently allocated to the universities through Memorandums of Understanding (MOU) with objective criteria. The universities will design their way of giving funds for research.

"This, for the first time we will be doing something exactly this way, it is not in the normal university allotment. This is a special allotment for research and that's because we recognised the role that research plays in entrepreneurship and development," Clarke said.

Sectors that drive export and economic growth on the decline - MSBM