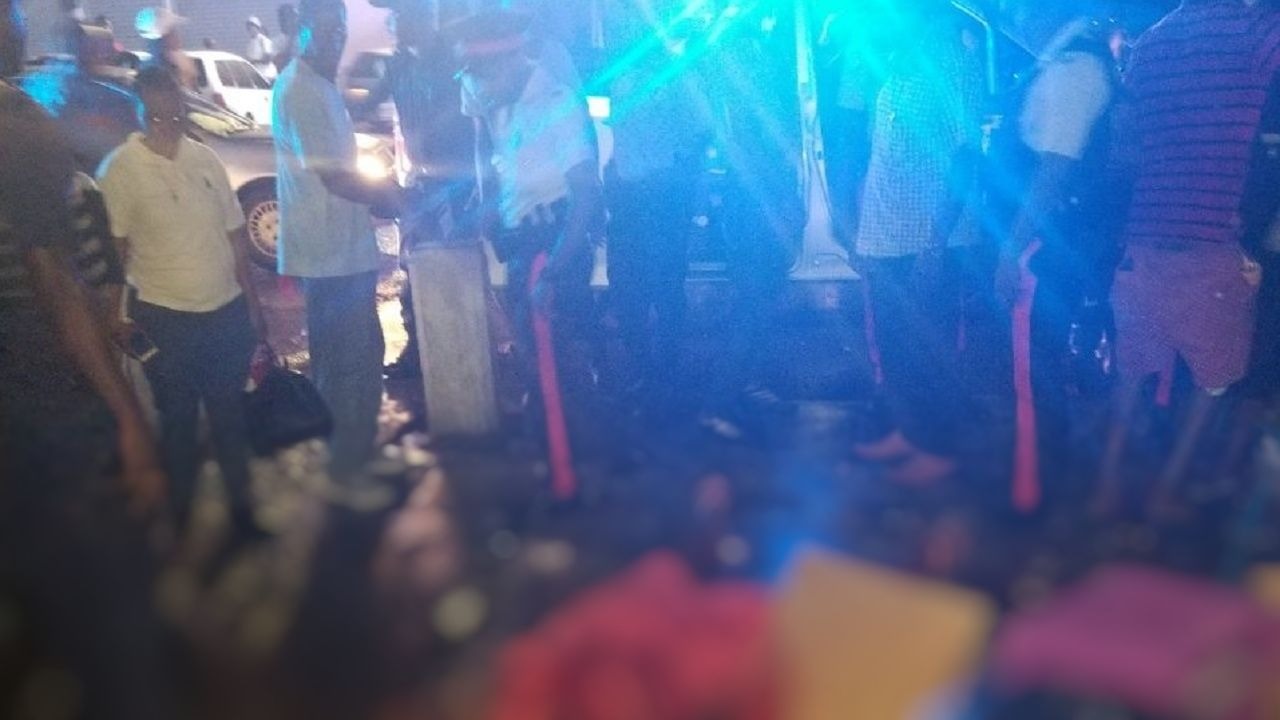 The scene at a section of Sam Sharpe Square in Montego Bay, St James where a female clothes vendor (foreground, blurred) was among two persons who were shot on Saturday night.

A female clothes vendor was shot and killed and a man shot and injured in the heart of the city of Montego Bay, St James on Saturday night.

The deceased has been identified as Valda Kellier, 57, of King Street, Montego Bay.

Reports are that about 9:50 p.m., the police were called after gunshots rang out in a section of Sam Sharpe Square, Montego Bay.

On the arrival of the police, a man and a woman were found, each suffering from gunshot wounds.

They were both taken to hospital, where Kellier was pronounced dead.

The man, who sustained a gunshot wound to the shoulder, has since been treated and released from hospital.

It is notable that the parish of St James, where the incident took place, has been under a state of emergency since January 18 of this year.