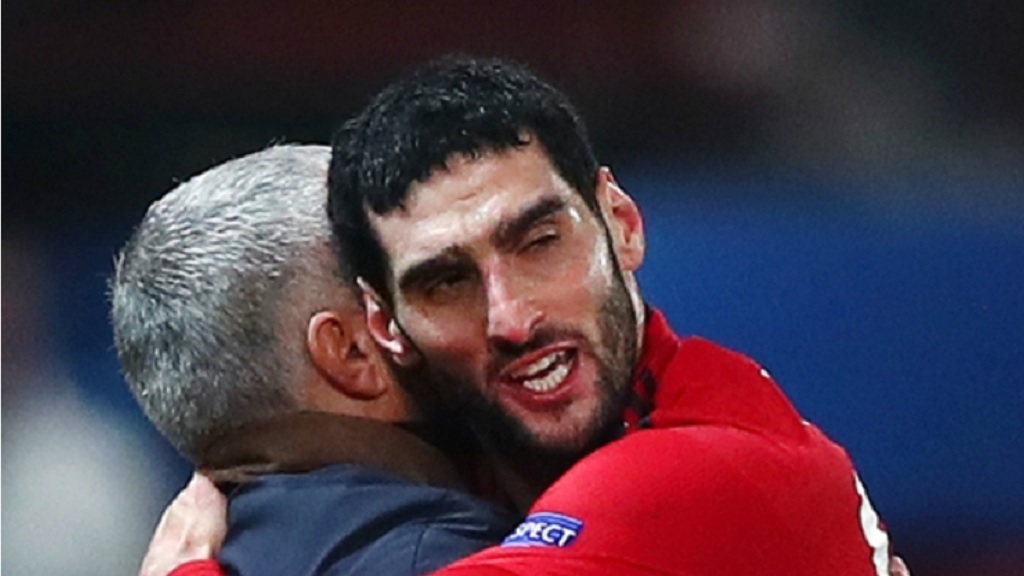 United parted company with Mourinho in December 2018 after two and a half years in charge of the club.

Mourinho was replaced by Ole Gunnar Solskjaer, initially on a caretaker basis and then full-time - the Red Devils' fourth permanent appointment since Sir Alex Ferguson retired in 2013.

David Moyes, Louis van Gaal, and Mourinho have all tried and ultimately failed to emulate the success of Ferguson, but Fellaini - who played under each of those bosses - wonders whether they could have been given more time.

"They brought in Moyes - they didn't give him time," said Fellaini, according to several English newspapers. "They brought in Van Gaal - they gave him two years and we started to do some things, he won the cup, but after that they sacked the manager because they want to win quickly.

"For me the club was too quick to sack Jose because a manager like that comes and he needs a lot of players to do his own philosophy.

"He wanted to build his team but after two years and a half they decided to sack him because the results were not there.

"That's the problem - they have to find a solution together. A manager like Van Gaal tactically is very strong and a lot of experience and they sacked him."

Mourinho won the EFL Cup and Europa League in his first season at Old Trafford, but a trophyless second campaign preceded a poor start to 2018-19, leading to his sacking.

"It's not easy to build a team in that time - you need more than two years," said Fellaini, who left United for Shandong Luneng in February.

"They brought in one of the best managers in the world in Jose Mourinho, he wanted to build a team and they sacked him.

"I don't know what they will do with Ole. Mourinho, for the first season, he did amazingly, he improved the team, won things.

"OK the second season was a bit more difficult, but he tried and did his best to help the team."

United have changed philosophy under Solskjaer, who has favoured using young and hungry players during his 10 months at the helm.

Daniel James and Aaron Wan-Bissaka were signed during the close season, along with the more widely travelled Harry Maguire, but United have made a poor start to the campaign and Fellaini fears a lack of experienced options is holding them back.

"Of course, in football you can't play with just young players, you need a mix. I think to win games, to win titles, to win big games you need experience. Of course you can win with young players but not every game."